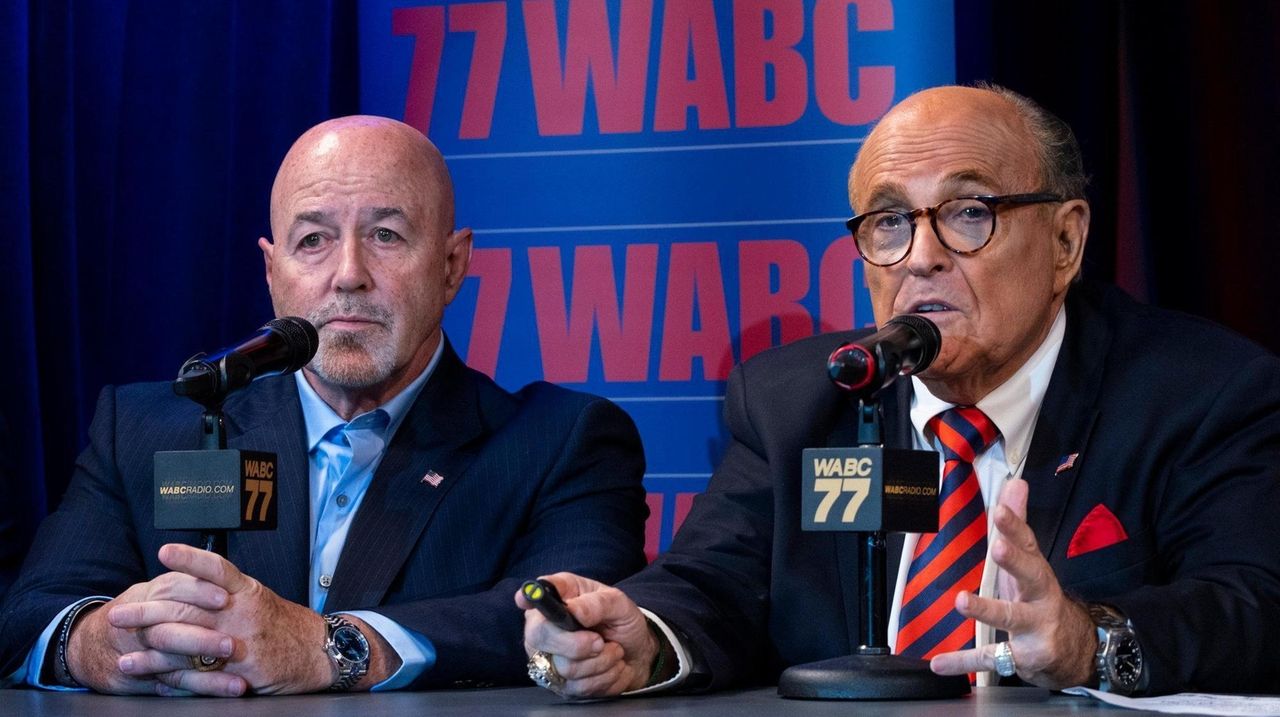 Unity of purpose. That was the key factor that got the city, state and federal government through the harrowing days immediately after Sept. 11, 2001, and beyond, a group of former government officials agreed Friday.

During a leadership forum sponsored by WABC Radio, former Gov. George Pataki, former Mayor Rudy Giuliani and others remembered the horror of the day and the need to immediately pull together.

"We just agreed that we would run this together, and it was probably one of the best decisions from my point of view," Giuliani said. "We would sit at a table together and make decisions jointly … nobody was thinking about politics."

When President George W. Bush put the Federal Emergency Management Agency effectively under the authority of New York City and state officials, decisions could be made quickly and resources marshaled easily, Giuliani said.

"By the second day [after the attack] it was the city government, state government, federal government as one," recalled Giuliani. "If we made the wrong decision, we all made it. If we made the right decision, we all made it. And that was the key [why] that whole operation became an example of emergency response. I think you can see when that doesn’t happen, there is chaos and people get killed."

"I have never seen a team as our mayor and governor as we had on and in the aftermath of 9/11," said former NYPD Commissioner Bernard Kerik, who mentioned that the men and women in the city police and fire departments were the true heroes of the time.

"They took 25,000 people out of those buildings within eight hours and evacuated more than a million people out of southern Manhattan," Kerik recalled.

The theme of the forum was, for the most part, mutual admiration, and at one point Cardinal Timothy Dolan made a cameo appearance to offer what seemed like a blessing to the group.

But during a question-and-answer period with the media, the tone became political when a reporter asked what the panelists thought about former President Donald Trump not being at the New York City ceremony on Saturday. Giuliani used the question to go after President Joe Biden and his actions during the recent withdrawal from Afghanistan after a 20-year war.

Giuliani was Trump’s attorney during the controversy over the 2020 election and saw his law license recently suspended by the Appellate Division while it investigates his actions in defending Trump. Giuliani maintains he did nothing wrong.

"I think events of the last month make us all vulnerable" [to terrorism], said Pataki, who later said it was Biden’s decision whether or not to attend the ceremony.

Biden has defended his decision to end America’s longest war and withdraw all U.S. troops from Afghanistan by Aug. 31.

Billionaire and former Republican mayoral candidate John Catsimatidis, who owns the radio station on which Giuliani has a program, hosted Friday's forum.