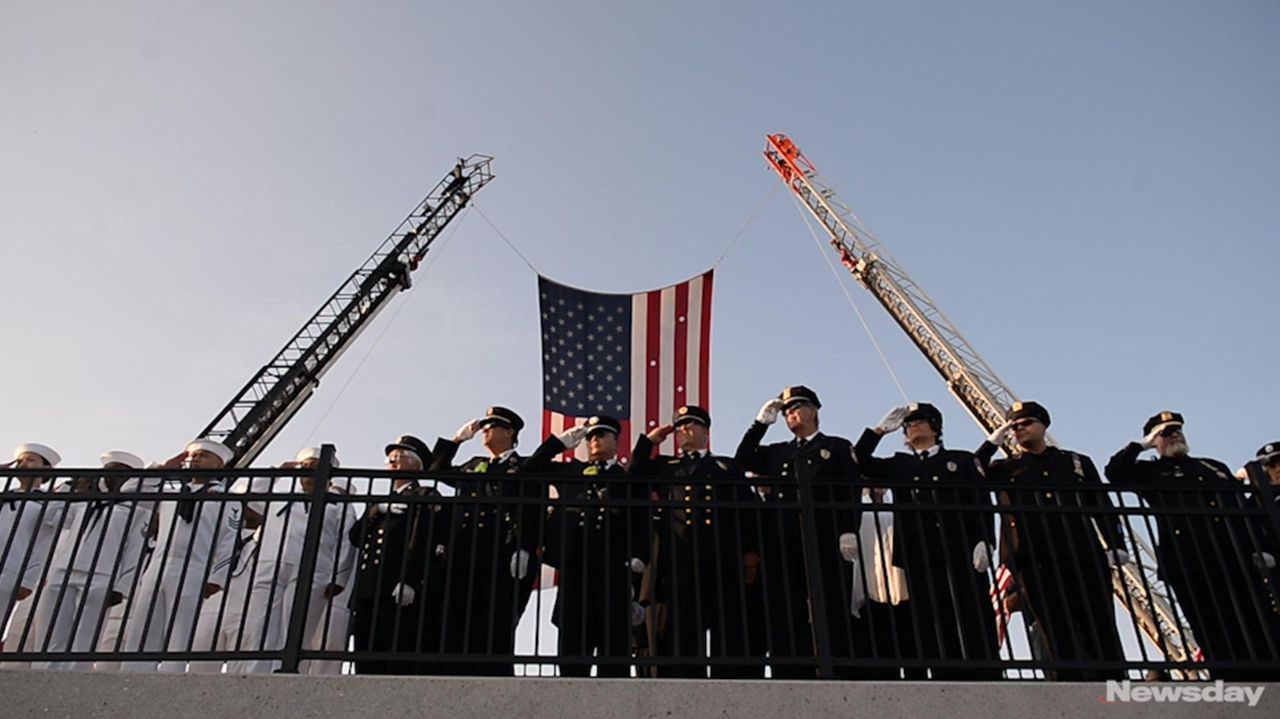 A granite wall etched with the names of those who died on 9/11, commemorating the 16th anniversary of the terrorist attacks, was unveiled Monday, Sept. 11, 2017, during a sunrise service in Point Lookout. Credit: Steve Pfost

At a candlelight service in the Village of Malverne Monday night, relatives of the four village residents killed in the Sept. 11, 2001, attacks laid flowers at a memorial plaque inscribed with their loved ones’ names.

In Point Lookout, about 350 people flocked to Hempstead Town’s new waterfront 9/11 memorial at Town Park for a somber sunrise service marking 16 years since nearly 3,000 people died in the attacks.

In East Northport, 11 snow-white doves — symbolizing the men and women who lost their lives — were released outside fire department headquarters.

From dawn to beyond dusk, from Hempstead to Hampton Bays, from Manhasset to Melville, Long Islanders paused Monday to remember 9/11 and honor those who died in the attacks on the World Trade Center, the Pentagon, and on United Airlines Flight 93 when it crashed outside Shanksville, Pennsylvania. 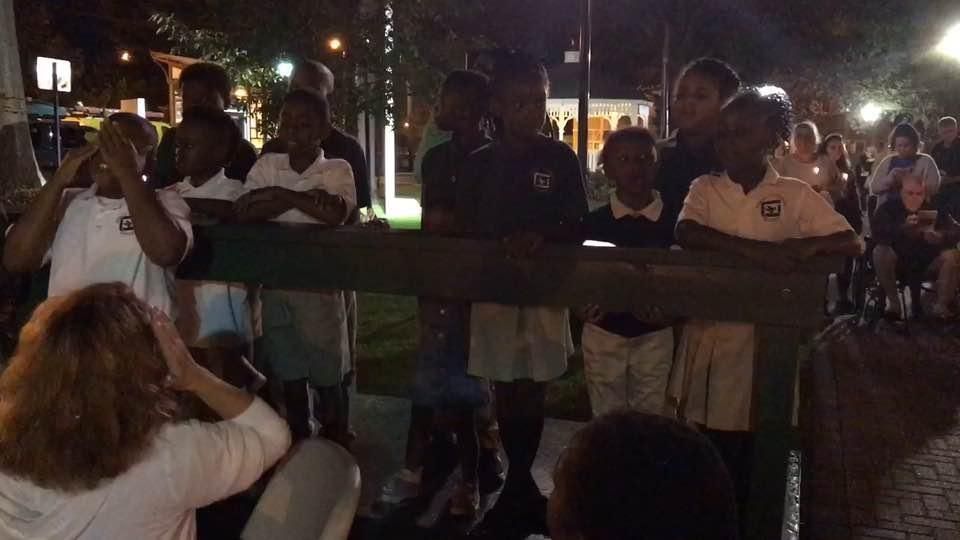 Almost 500 residents of Nassau and Suffolk counties were among those killed.

Four of the victims lived in Malverne — Scott Bart, Jacqueline Donovan, James Haran and Diane Urban — were in the World Trade Center’s Twin Towers when the planes hit.

Malverne Mayor Patricia Ann Norris-McDonald said that while other communities across Long Island remembered the attacks Monday with daylight tributes, her village’s nighttime service was a reminder how the community came together after the sun set 16 years ago. More than 300 people held lit candles as the victims’ relatives set the flowers down at the memorial, not far from the village gazebo.

“So many people gathered that night,” McDonald said. “It’s just a way of everyone coming together, like they did that night.”

Former Glen Cove City Council member Anthony Jimenez, who hopped on a ferry from his Nassau community to lower Manhattan to offer medical assistance to the injured and evacuate others, expressed amazement Monday so much time had passed between then and now.

“It feels like it was just yesterday,” said Jimenez, who attended the Glen Cove commemoration Monday. 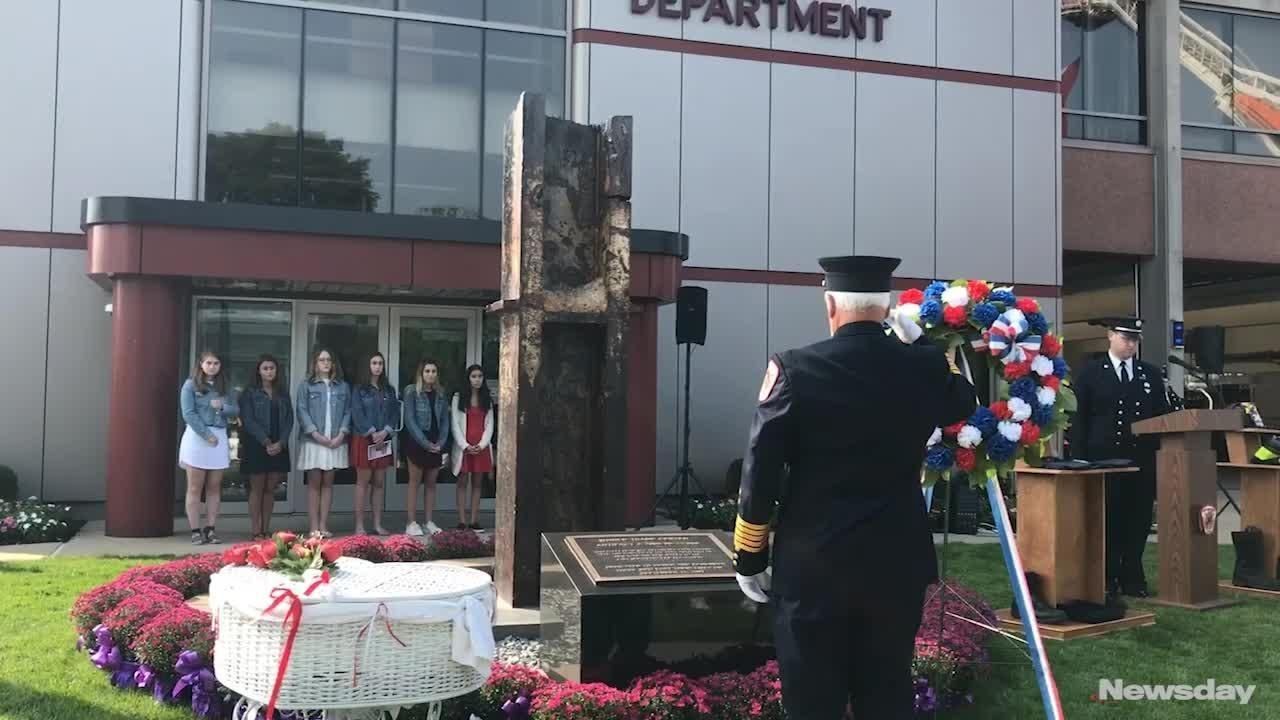 Glen Cove’s poet laureate, Victoria Crosby, read a poem at that honored first responders, the four city residents who perished and the sense of purpose and unity Americans embraced in the weeks and months that followed.

“It is still just as hard,” said Tina Cammarata of Glen Cove, whose brother Joseph J. Zuccala died in the south tower, just three days after he started a job as a consultant for Fuji Bank. “There has never been any closure. It was such a horrible way to lose somebody.”

The $1.3 million monument in Point Lookout includes a granite wall etched with the names of those who died on 9/11, a meditation plaza and a 30-foot steel beam from the World Trade Center’s north tower.

Hempstead Town Supervisor Anthony Santino called the monument “a place where the story, the love and the hope of 9/11 will live on for our children and our children’s children.” 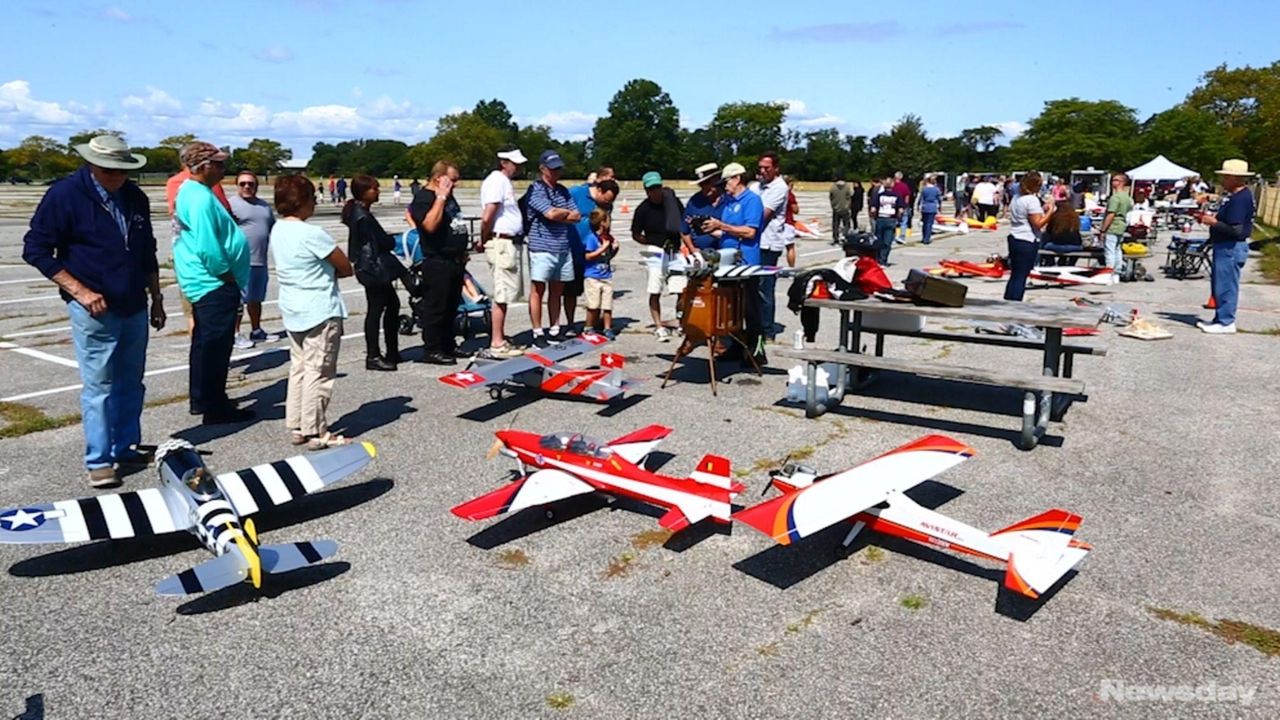 The monument also honors those who died of 9/11-related illnesses. Officials said they will update the plaque each December, which was good news to Maryellen McKee of Bay Shore, whose brother Ray Pfeifer died of 9/11-related cancer at age 59 in May. Pfeifer, who spent eight months clearing debris at Ground Zero, lobbied Congress to provide health care funds for his fellow first responders.

“Ray was a guy who defied the odds,” she said, “but he always knew that God held all the cards.

The sun shone brightly, meanwhile, over a steel beam at the East Northport Fire Department that was recovered from Ground Zero and now serves as a daily reminder of the attacks by al-Qaida terrorists.

“We must remind ourselves that we are stronger together,” Hinton said. “We as New Yorkers have an even higher obligation to never forget.”

Suffolk officials gathered at police headquarters in Yaphank to dedicate a 9/11 memorial tree and walkway. The tree is one of many saplings grown from the “Survivor Tree,” a Callery pear tree at the World Trade Center damaged in the terror attacks.

In Albany, Chancellor Betty Rosa opened the 9 a.m. Board of Regents meeting with a tribute to the victims.

“The scars of that day will remain with us for eternity,” she said.

Bobby Gies, whose FDNY firefighter father, Ronnie Gies, died in the attacks, said he didn’t want to dwell on his dad’s death. He said it is more important to focus on the future.

“All that I ask is that you talk about it with your children and grandchildren,” he said. “Explain to them what we all went through in the days and months after 9/11.”