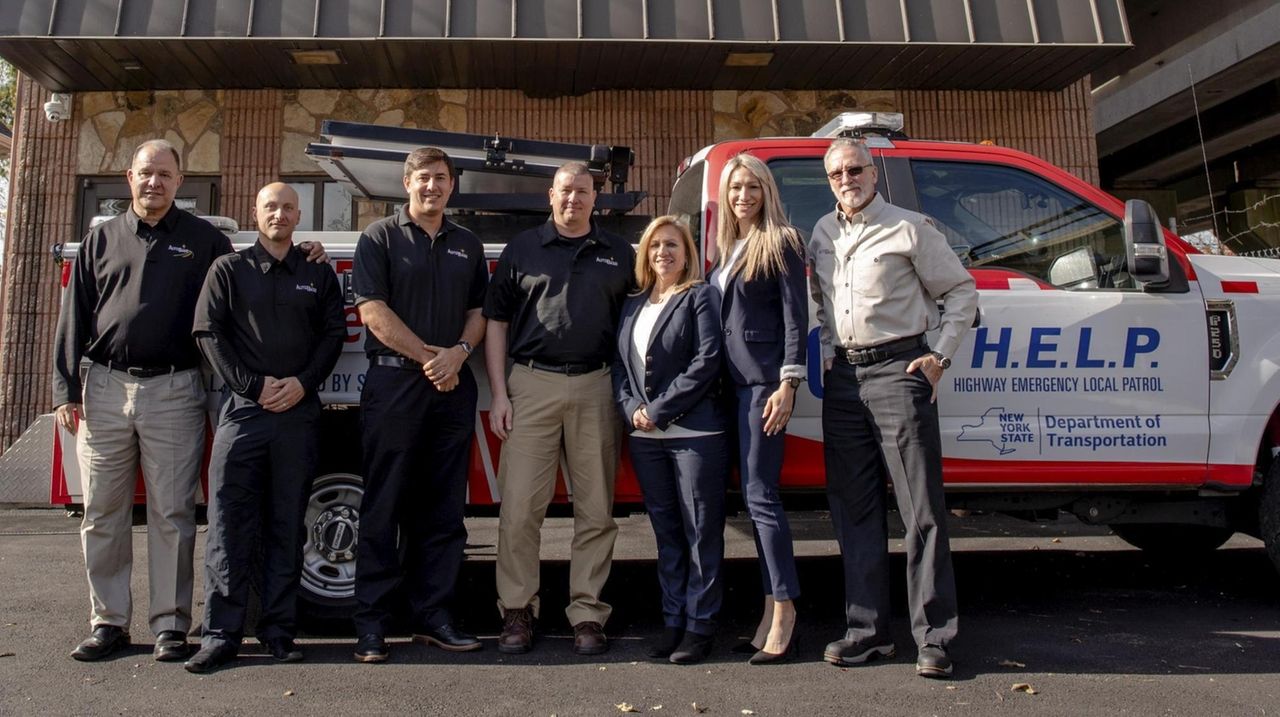 AutoBase was among seven companies in New York to receive the HIRE Vets Medallion this year, after being recognized by the U.S. Department of Labor for its efforts in hiring veterans. Veterans make up about 24% of the workforce at AutoBase and bring skills well-suited to the company's mission to provide roadside assistance, executives said. Credit: Johnny Milano

When former U.S. Army Capt. Matthew Frazier completed his nearly eight-year military career a year and a half ago, he applied to around 50 companies but received few callbacks or job interviews.

“It was pretty crazy to see that a lot of companies don’t see what [veterans] have to bring to the table,” said Frazier, a West Point graduate and former airborne Ranger.

But then he found AutoBase, an Amityville firm that provides roadside safety services for drivers locally and across the country. Frazier is now regional vice president for AutoBase’s southern U.S. operations.

The company’s hiring efforts have “opened the door for a bunch of veterans, ” he said.

Last week, AutoBase received national recognition for its commitment to hire veterans. The firm, which has 25 employees on Long Island and nearly 350 across eight states, is one of seven New York employers to be awarded the HIRE Vets Medallion by the U.S. Department of Labor. About 24% of the company’s employees are former military service members.

“I feel a tremendous honor to be recognized for this award,” Donna LaBella, president of AutoBase, said Friday. “I don’t think veterans get enough credit for what they bring to this nation and what they bring to private employers as well.”

The awards were presented in Washington, D.C., on Wednesday at a ceremony hosted by Secretary of Labor Eugene Scalia. More than 420 employers from across the United States were recognized for their work with the veteran community.

Lauren LaBella, Donna’s daughter and the company’s director of human resources, said AutoBase’s focus on vets is not only a great way to help service members, but that the firm’s line of work makes great use of their skills and experience.

“A veteran goes out, protects the country, and they put themselves in very dangerous positions,” Lauren LaBella said. Similarly, she said, AutoBase roadside safety drivers patrol major roadways, sometimes in dangerous conditions, and may often be the first responders to serious accidents.

“It’s a dangerous job,” she said. “For us it’s within their wheelhouse and it gives us an opportunity to help vets transition to the workforce.”

Frazier said his work at AutoBase requires the ability to be calm under pressure, a desire to help people in need, and careful attention to detail -- all skills that are immediately recognizable to vets.

Working at AutoBase is a “natural transition for veterans,” he said.