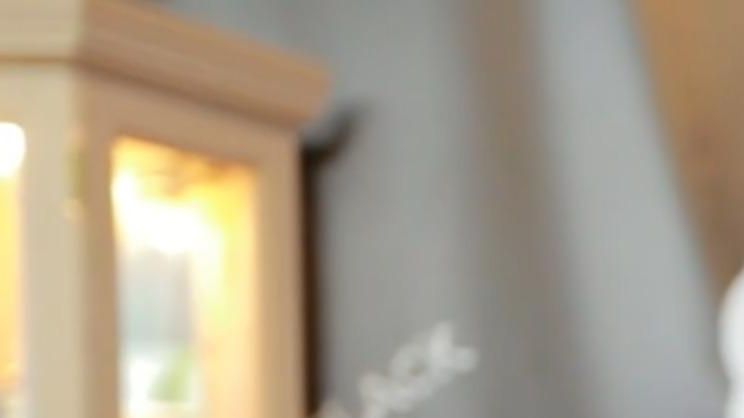 Just like the hair on your head, the hair on your face needs care, too. That's where the Holy Black Trading Co. in Lindenhurst comes in -- the company has curated an innovative line of beard oil and other grooming products to make sure your facial hair is in tiptop shape. Credit: Newsday / Raychel Brightman

Men on Long Island are putting their money where their beards are, spending big bucks on maintaining their luxuriant facial hair.

Men’s grooming product makers and specialty barbershops on the Island are cashing in on the trend by marketing their own beard care products such as oils and washes, which can cost more than $12 an ounce, and offering beard care services to clients such as hot-towel treatments and beard facials that can cost $30 a week, not including tips.

Businesses that are grooming the enthusiasm for beards range from single-location barbershops and makers of artisanal beard oil to mid-sized manufacturers such as JS Sloane Co., which operates a 30,000-square-foot plant in Farmingdale, to Amityville’s Sundial Brands, a grooming and beauty products company that has annual revenue of $240 million and is being acquired by London-based consumer goods giant Unilever.

These businesses are pursuing consumers like Georgios Boulassikis, 35, of Ronkonkoma, a regular at Iron and Tread Barbershop in Sayville.

Get an inside look at the 'beard business' on Long Island

Boulassikis said he sits in the barber’s chair there at least once a week and spends more than $80 a month on hot-towel shaves to maintain his copper-colored beard.

“Does it get pricey? A little bit,” he said. “But it’s become part of my self-care routine. I go into the shop, talk to the guys and blow off some steam. It’s worth it.”

Boulassikis said he buys two to three beard oils every couple of months. Beard oil prices range from $10 to $65 depending on brand and size.

Male shaving behavior is changing. According to Simmons Research, a Florida-based consumer research firm, 20 percent of U.S. men had facial hair in the summer, up from 14 percent in summer 2009, and the share of men who said they have a beard is up across all age groups. The percentage of men who don’t shave at all was 8 percent, up from 5 percent in 2009.

Hume Merritt, director of brand strategy for Sundial Brands’ SheaMoisture Men, said beards are a “micro-trend reaction” to the “metrosexual” trend, in which men demonstrated exceptional attention to their appearance.

“Beards are an essential part of the ‘lumbersexual’ trend in which men want to show off a rugged masculinity,” he said.

“And in order to do that, growing a beard is key.”

“The clean-shaven look was it for years and years ... [but] in recent years there’s been a movement towards greater freedom in men’s fashion in the workplace that has made it okay to sport that 5 o’clock shadow or even a full-fledged beard.”

Kevin McLary, co-owner of Iron and Tread, said beards are now a sign of “dedication.”

“Businesses are making tons of products and saying, ‘Alright, let’s grow a beard, but let’s groom it, and here are all these products so you can walk around with a nice, clean beard that’s presentable.’ ”

McLary and his business partners, Jarett Slionski and Hayden Sonner, opened Iron and Tread two years ago. Business at the 1,240-square-foot barbershop, which is decorated with hand-drawn sketches of traditional American sailor tattoos, antique mechanic-shop signs and car hubcaps hanging on the walls, is growing.

“We went from three barbers to 10,” said McLary, who declined to disclose revenues but said he sells about 600 1.5-ounce bottles of Iron and Tread’s, castor-oil-based, Greasy Bastard beard oil a year — for $15 each. “And that’s not even our main business.”

Beard oil is a high-markup product, he said.

“Some of the first companies that started to make beard oils realized they were entering an uptapped market,” said McLary, “and were charging about $50 for 1-ounce bottles that cost them about 20 cents to make.”

Clients at Iron and Tread can select an assortment of services including beard trims and hot-towel shaves.

“A guy [who] doesn’t want to shave off his beard but wants the lines shaped up along the neck and cheek lines, can still get a hot-towel shave,” McLary said.

“We put on a pre-shave elixir, some creams and some hot towels to soften up the skin and face before the shave. It’s really relaxing. It’s like a spa treatment for a man.”

At family-run Mad Men in Williston Park, clients are transported to the 1930s when they step inside the 2,200-foot barbershop. They’re greeted by barbers wearing fitted, long-sleeve, button-down dress shirts and ties and vintage barber’s aprons, and are offered complimentary cigars and espressos as they wait for their turn in a chair. Patrons can have their shoes shined, play billiards and order custom-tailored suits.

“We’re selling a complete look, a lifestyle, a point of view that reflects a more refined approach, to which a perfectly polished beard is sometimes the finishing touch,” said co-owner Edward Dennehy, a custom tailor who, along with his business partner, Jessica Dennehy, also opened a Mad Men location in Wantagh, and in the birthplace of most of their barbers, Santiago, Dominican Republic.

For $30, customers get a beard facial, a 30- to 45-minute treatment involving special beard washes, oils and a steam machine that exfoliates the face and softens facial hairs.

“We also apply a black clay mask that covers the forehead and the nose to clean the pores,” said Mad Men barber and general manager Jairo Rodriguez.

“The process is followed by a few hot towels and scents like lavender and eucalyptus that clients can pick from.”

The Dennehys also developed Mad Men Whiskey Wax, the whiskey-scented products that their barbers use and sell to customers. A 2-ounce bottle of beard oil sells for $18, and a 4-ounce tin of pomade is $20.

The Gaudio brothers run The Holy Black out of a 20,000-square-foot warehouse, where they host monthly events that include guest barbers, product sampling and giveaways for potential clients. They said they seek to promote high customer engagement on social media and sell “an experience.”

“We go live on Instagram and Facebook and we’ll spin a wheel, with products as prizes, and give something away to whoever comes into the chat,” said Matty Gaudio. “They might win a straight razor, beard oil or pomade.” They also hide their products in different parts of Long Island and put treasure hunt clues in the product packages.

One of The Holy Black’s mainstay products for beards is a 1-ounce bottle of Snake Oil, which retails for $19.

The company also releases limited-edition products, including aftershaves, oils, soaps and tonics. Fragrances include nontraditional scents such as “ham and cheese sandwich” and ”ramen noodle,” and the more popular “dark chocolate” and “vetiver,” named after an Asian perennial grass.

Matty Gaudio says the company only made 100 bottles of Lavender Creeper, an aftershave with a cooling agent, which was marketed with a matching shaving soap as a collection.

The Holy Black had just under $200,000 in revenue for 2016, Stefan Gaudio said, a sum the brothers hope to double this year.

Ronkonkoma resident Gary Priore said he hated how greasy most men’s grooming products made his beard look and feel, so earlier this year he set out to make his own.

The 33-year-old, who works at a medical diagnostics company, went online to research “do-it-yourself” beard-balm-making methods and started experimenting with his own formulas.

Then in February he enlisted the help of his cousin, Robert Keil, and opened New York Beard & Co.

Priore now sells beard balm in four scents, including Long Island Classic, which contains vanilla and mint, and Uptown Funk, which features notes of patchouli and lemon, on his company website, nybeardco.com and at Long Island farmers’ markets.

Beard-balm tins, a little wider than a quarter, cost $5, and larger ones, about as wide as the palm of a hand, cost $15.

Priore uses a slow cooker and a hot plate to mix and melt ingredients at home and says the process of making one batch, which fills about 150 containers, takes about six hours.

“I don’t use dyes or artificial ingredients, only beeswax, natural butters and essential oils,” he said. Priore recently made a deal with Lunabee Apiary in South Setauket to source beeswax for his balm.

“Being able to offer a product that’s as organic and natural as possible is important to me because I feel that’s our niche, it’s what sets us apart from larger producers,” he said.

Niche within a niche

“For blacks, Latinos and Middle Eastern men it was especially difficult to find the right products, because there was nothing really out there for their hair types, which tend to be fuller, thicker and coarser.”

Merritt said products in SheaMoisture’s Men’s Beard Care Collection, which he described as ideal for beards like that of hirsute NBA player James Harden, do not exceed $10 each.

“Most beard care products cost upwards of $30 each,” he said. SheaMoisture developed “a collection that was made with certified organic and fair-trade-approved ingredients but that was also affordable to the average consumer.”

Joann Kuno, a former mortgage broker who founded JS Sloane, went the opposite route. A 2-ounce beard oil from the company retails at select barbers, such as Pete’s Barbershop in Center Moriches, for $25.

“From the beginning I wanted JS Sloane products to be part of an exclusive and niche category,” Kuno said. “Our products are reminiscent of an older era, something like what you’d find in your grandfather’s medicine cabinet, so you’ll never find them at a drugstore or discount retailer.”

Kuno, who started the business out of her home basement in Floral Park in 2012, said revenue for 2016 was more than $1 million.

The beard business still has room to grow, Iron and Tread’s McLary said.

“My clients tell me they get compliments equally from men and women,” he said. “People now see a man with a beard and think, ‘Wow, he grew that out! He earned it.’ You can’t really put a price on that.”