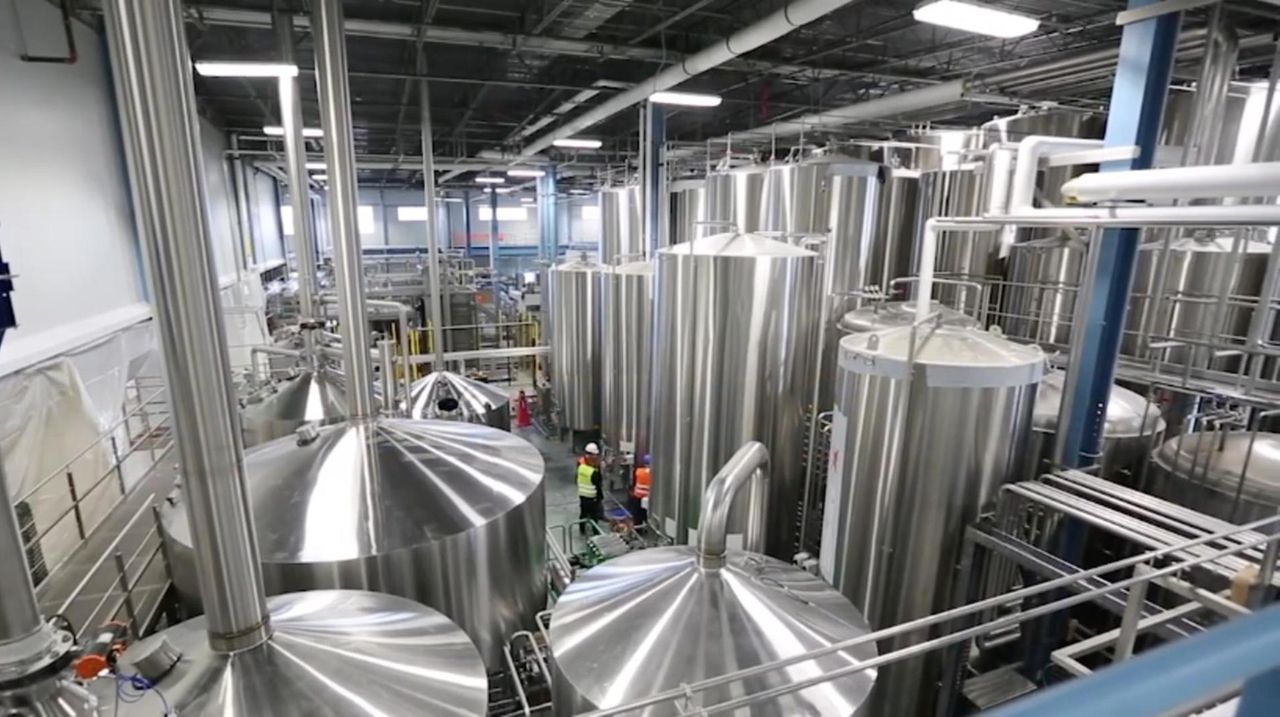 Employees at Blue Point Brewing Co. began brewing and packaging operations Monday at the Patchogue-based company’s new facility, according to its brewmaster.

The $35 million facility at the former Briarcliffe College campus along the village’s Main Street will remain closed to the public until interior construction is completed later this year. It will serve as the Anheuser-Busch InBev-owned company’s new headquarters and will replace the brewer’s existing operations at 161 River Ave.

That older facility will remain open to the public until the brewery’s construction is complete.

“We want to scale a lot of the innovation that we’ve done at River Ave and the new beers that we’re making,” Jenna Lally, president of Blue Point, said during a tour of the plant last month. “In today’s craft world things change very quickly, and you need a facility like this that really does allow you to be nimble.”

The brewery is “between four to six times the size” of Blue Point’s current operations in Patchogue, representing a roughly “400 to 600 percent increase” in production capability, Dan Jansen, Blue Point’s brewmaster, said.

Roughly 75 percent of the former college’s second floor has been removed to make way for brewing machinery.

The company has about 80 employees. Blue Point has begun hiring additional staff to help with operations at the Main Street location and plans to hire an additional 30 to fill more positions at the site this summer, a spokesman said.

Blue Point, founded in 1998 by Mark Burford and Peter Cotter, became the biggest craft beer maker on Long Island before being acquired by AB InBev in 2014, joining the beer giant’s growing catalog of craft breweries.

Since the acquisition, the local craft brewer has boosted beer production, changed its logo, increased marketing efforts and grown distribution from 15 states to all 50 and international markets.

The brewer anticipates completing the facility’s exterior this summer and the interior late summer or early fall.