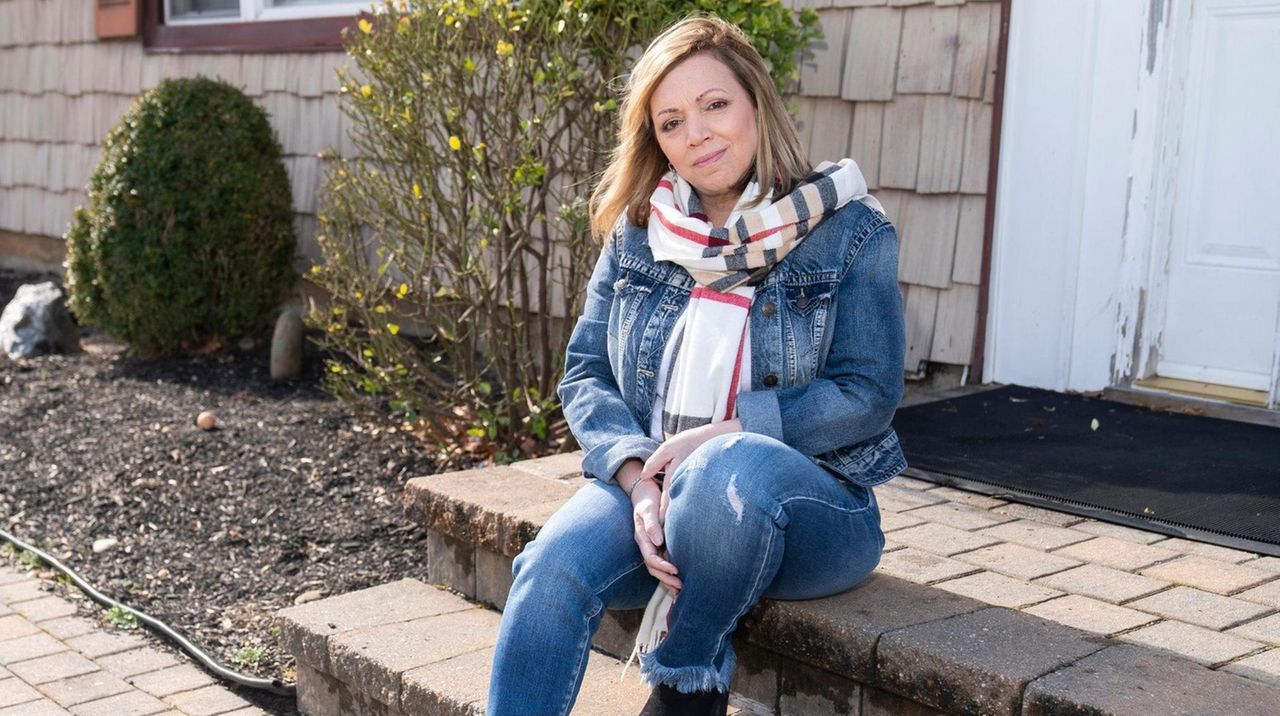 Dr. Kenneth Kaushansky, senior vice president of health sciences and dean of the Renaissance School of Medicine at Stony Brook University, spoke on Feb. 14 about the process of clinical trials and what it means to Stony Brook Medicine.  Credit: Randee Daddona

The trials offer patients access to cutting-edge treatments that some credit with extending or even saving their lives.

Area health systems have put an increased focus on clinical trials in recent years, boosting the number available to local patients and working to ensure that historically underserved minority populations are better represented in testing.

Among the trials underway on Long Island:

Nationwide, thousands of trials are launched each year at an annual cost of $20 billion, industry studies show.

Millions are spent on Long Island, where thousands of health care professionals and researchers are involved in treatment, research and record keeping for trials. Some staff members are dedicated exclusively to clinical trials.

Much of the money for trials comes from drug or medical device companies hoping for a financial windfall from a blockbuster treatment. Additional funding comes from government and charitable grants.

“We understand more and more about the causes of the diseases we treat, so biomedical scientists are getting clever about designing drugs that are geared toward the specific physiology or pathobiology,” he said, adding that it used to be pure serendipity that led to the discovery of nearly all drugs. “Today there is a rationale behind drug design.”

There are more than 7,000 drugs in the development pipeline, according to TEConomy Partners, a Columbus, Ohio-based economic research firm.

Loretta Binaso, 72, of New Hyde Park, is a patient who credits a trial with saving her life.

In 2014, a doctor gave her six months to live after she was diagnosed with Merkel cell carcinoma, a rare form of skin cancer that had spread to her organs. She searched online for clinical trials and found one at Mount Sinai in Manhattan for Keytruda, an immunotherapy drug developed by pharmaceutical giant Merck. Immunotherapy is a type of cancer treatment that helps your immune system fight cancer.

“When they told me I had six months, I thought, no, I’m not ready yet,” she said. “I’m still participating in research, so they can track how the drug affected me. I’m glad to do it. If I help one person by continuing to participate, it’s worth it.”

Participating in trials can sometimes leave patients with undesired side effects.

In 2016, Ann Capobianco, 54, of Port Jefferson, was diagnosed with triple negative breast cancer, a type that does not respond to hormonal therapy medicines or those that target HER2 protein receptors. After receiving chemotherapy treatment at Memorial Sloan Kettering, the cancer care group recommended her for a trial at NYU Winthrop Hospital in Mineola, also using Keytruda.

Capobianco was infused with the drug every three weeks for a year between 2018 and 2019 and said she is cancer free.

But the treatment created side effects, Capobianco said.

She started having trouble swallowing and keeping food down. "My oncologist sent me to an endocrinologist and diagnosed me with adrenal insufficiency, which usually starts gradually," Capobianco said. "Unfortunately, this doesn’t get better and I need to be on a hormone replacement for the rest of my life."

Clinical trials can be "scary for patients ... when the drug is new and they don't know exactly what to expect," said Dr. Diane Reidy-Lagunes, a medical oncologist at Manhattan-based Memorial Sloan Kettering who focuses on gastrointestinal cancers. Participating is "a courageous act."

Trials can also be time-consuming for patients, who are often required to do extra checkups as part of the trial, health experts said.

Clinical trials are broken into three phases. A phase one trial generally includes only a small group of testers to see if a drug is safe for human use. Phase two pulls in a larger group of testers, all of whom receive the new treatment. In phase three trials, which can involve thousands of patients, some get the test treatment while others get traditional care.

Because trials require a statistically significant number of participants in order to judge the success of a drug or treatment, they often seek participants at multiple health systems around the country.

In some cases, a trial's slots fill quickly because it can give patients new hope when existing treatment options are exhausted. Other trials struggle and need the help of dozens of health systems to get a statistically significant number of patients.

"Pharmaceutical companies often need 60 sites to meet enrollment numbers," he said. Parsey said it was unclear why it's difficult to get mental health patients to participate.

"We have a huge waiting list to get into our clinic, and we offer people a chance to get in immediately if they join a trial," he said, adding that the enticement doesn't often work.

Clinical trial operators also sometimes struggle to bring diversity to a test, and that could impact its accuracy, health experts said. They point to socio-economic issues and language barriers as factors.

“Most trials are translated into English or Spanish and that’s it.” said Dr. Richard Barakat, physician-in-chief and director of the Northwell Health Cancer Institute and senior vice president of the health system’s cancer service line.

Northwell in January took control of Queens Medical Associates, a medical oncology and hematology practice with offices throughout the borough. Barakat said its patients speak more than 30 languages and dialects, including Chinese, Korean, Russian, Hindi and Bengali.

“The diversity at Queens Medical will help us bring more trials to ethnic groups that have been historically underserved,” Barakat said.

He said genetics play a major role in cancer care.

“Populations are going to react differently,” he said. “The drug may act differently with someone who is Indian compared to someone of Chinese background.”

For example, triple negative breast cancer and colon cancer are more common among blacks, Neel said. “It’s not clear if this is because of the environment or it’s genetics. In order to understand this better, it’s critical we populate clinical trials with African Americans.”

In addition to creating treatment options for patients, clinical trials can bring prestige to the hospitals and health systems that run them or serve as satellite locations.

Northwell physicians are involved in about 500 clinical trials, Brennan said. The highest concentration of trials is in cardiology, but cancer is where much of this year’s growth is expected to be, she said.

For example, Northwell is part of a study that is testing if Xermelo, used to help patients with carcinoid syndrome diarrhea, can be combined with standard chemotherapy to effectively fight bile duct and gall bladder cancers, Saif said.

Saif is also the principal investigator on a Northwell trial examining whether a centuries-old Chinese herbal medicine can be combined with a standard drug used for liver cancer, to improve survival of patients with hepatitis B.

Saif has been working on validating the use of these herbs to combat the side effects and improve the efficacy of chemotherapy in cancer patients since 2002.

Cancer care clinical trials are a focus at every health system with a presence on Long Island, executives said. Oncology is also the discipline with the most trials nationwide, according to a TEConomy estimate.

Manhattan-based Mount Sinai Health System said it has 854 active trials for patients; 192 of those are cancer related, compared to 139 for cardiology, 53 for neurology and 52 for dermatology.

Stony Brook is involved in 184 active clinical trials, about half of which are cancer related, officials said.

NYU Langone said it has 241 active cancer-focused clinical trials, representing about 22% of its trials.

“We look at these and decide, can we use these additional treatment options to have patients live as long as possible, with the best quality of life possible,” Reidy-Lagunes, at MSK, said.

MSK has run a trial for people with a rare cancer of the adrenal glands, which has about an 11-month survival rate, Reidy-Lagunes said.

She said 23% of the 39 patients in the trial had tumor shrinkage and remain alive. “But others aren’t, and we stopped the trial, because we need to better understand why it didn’t work for everyone,” she said.

About one in four MSK patients are involved in a clinical trial during their lifetime, MSK officials said.

CHS said it will also offer trials related to leukemia, as well as breast, lung and colorectal cancers in the next few months.

CAR T-cell therapy involves extracting immune cells from a patient's blood,  genetically engineering them to create a receptor that attacks a protein specific to their tumor, and then reinfusing the cells into the patient.

A trial at South Nassau is testing a device that is placed in the stomach to help gastroparesis patients, he said. Gastroparesis is a condition in which the stomach doesn't empty normally.

Another trial available at the hospital tests a procedure to take liver biopsies by going through the esophagus using an endoscopy ultrasound technique. "If successful, liver biopsies would be less painful for patients," Andaz said.

These trials all give patients hope.

Dr. David Chiang, 59, an obstetrician/gynecologist who lives in Great Neck, agreed to participate in a clinical trial at Memorial Sloan Kettering after being diagnosed with lung cancer that included a mutation that led to it spreading.

The study drug, along with a standard lung cancer drug Tagrisso, has helped him, Chiang said.

“I’ll continue on this trial for as long as I don’t have any problems,” he said. “I speak out about this because I want people to know there is hope. People get so scared and depressed. I went through all of that, but don’t lose hope. Be aware of what’s available to you.”

PHASE 1: Test to see if it’s safe for humans to use

PHASE 2: Does it work? Everyone in the trial gets the same drug.

PHASE 3: Randomized trial. Some get the test treatment while others get traditional care. Compare results.

Patients can search clinical trials available globally at ClinicalTrials.gov, a site run by the U.S. National Library of Medicine.