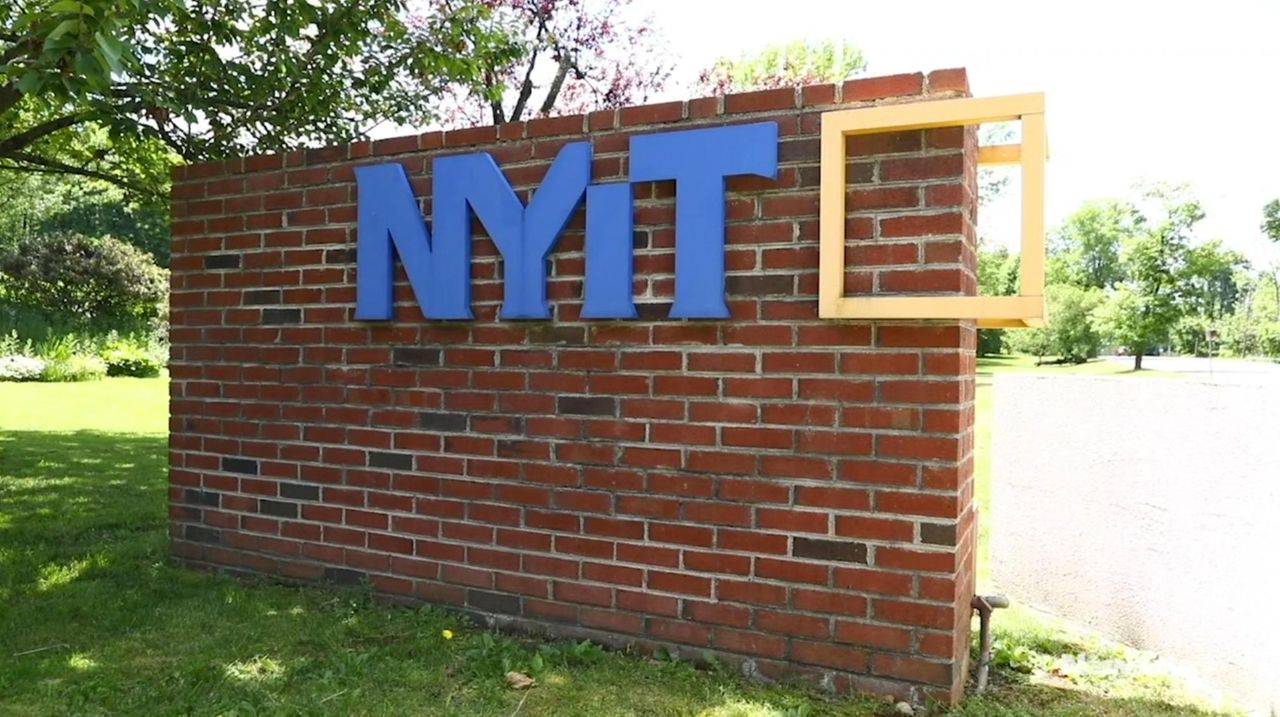 Suzanne Musho, vice president and chief architect at NYIT, says her school and other businesses across Long Island will keep bathrooms clean by using a combination of new technology and traditional customs.   Credit: Newsday / Chris Ware

Public restrooms are playing a central role as Long Island restarts its economy with a phased reopening of businesses.

Companies are moving to disinfect and even re-engineer commercial bathrooms to reassure anxious patrons and employees in the midst of the pandemic.

From toilet flush sensors to ultraviolet disinfectants to touchless soap and towel dispensers, experts are exploring methods to reduce the risk of spreading infection.

Bathrooms, whether in offices, aircraft, trains, restaurants, factories or sports arenas, are essential cogs in the effort to restart the economy of the state and the nation.  Reviving economic activity — largely dependent on consumer spending — hinges on people feeling safe to return to offices and leisure activities.

"People are going to have to be made comfortable coming to the workplace and coming back to your facilities," said Michael Bonacasa, senior vice president and real estate market director at Melville-based H2M architects + engineers, and restrooms are a key part of that.

A May survey conducted by The Harris Poll for software company Articulate Global Inc. found that 64% of U.S. workers are anxious about returning to their place of employment and 40% are uncomfortable about sharing a bathroom.

How to avoid spreading the COVID-19 virus in bathrooms is a question occupying nearly all businesses, from office developers to transit systems to fast-food operators.

Some offices are seeking to skirt the issue entirely by trimming the typical eight-hour office shift in the hope that employees will be able to make it through the day without using the bathroom at all.

"It's a viable solution," said Bonacasa.

Other businesses have to deal with bathroom issues head-on.

Chicago-based McDonald's Corp., with 14,000 U.S. fast-food locations and 78 on Long Island, instituted a new policy earlier this month  to clean restrooms every 30 minutes "or more often as needed."

Southwest Airlines, which operates out of MacArthur Airport, said in a statement that it is using a "hospital-grade disinfectant" during a six-hour nightly cleaning regimen for lavatories and other parts of the passenger cabin.

The Metropolitan Transportation Authority has been disinfecting subway and commuter railroad cars "in ways we've never done before," Patrick J. Foye, MTA chairman and CEO, said in a Newsday webinar  earlier this month.

Long Island Rail Road president Phillip Eng said bathrooms on its fleet are being disinfected on a regular basis and the MTA also has been evaluating oxidized water as a sanitizing agent.

Summer McGee, dean of the School of Health Sciences at the University of New Haven, said the pandemic is forcing businesses to increase the frequency of cleaning.

"There is evidence that COVID-19 can be spread from fluids found in bathrooms," she said. "It's an area we need to pay special attention to."

Chinese researchers found the COVID-19 virus in the feces of some patients, according to an "early release" study published by the Centers for Disease Control and Prevention. Precautions should be taken to avoid potential transmission of "aerosolized feces," the researchers concluded.

Jack McCarthy, president of Environmental Health & Engineering Inc., a Newton, Massachusetts, consultancy specializing in industrial hygiene and biosafety, said not all solutions need to be exotic and that we enter the bathroom with a measure of protection.

"Your body does a good job of defending you," he said. "Your skin creates an effective barrier."

Issues arise, however, when we touch our face or virus particles are suspended in aerosols.

Hand dryers are "really problematic" and should be removed for two prime reasons, McCarthy said.

When high-velocity air hits the hands, they shed skin cells, McCarthy said. Beyond that, the dryer stirs up the air and is often located near the trash bin.

"The best thing you can do right now is to pull out the hand dryer and put in a paper towel dispenser," he said.

In addition to paper towel dispensers, experts were united in calling for touch-free faucets and soap dispensers to reduce touch points.

"Over time, we have moved to more touchless," McGee said. "Increasingly, you don't see toilets with handles."

James Walsh, vice president of product management at American Standard, a maker of bathroom fixtures, said in a statement that the company had seen a 128% increase on its website in searches for hands-free products in April.

In addition to making sensor-activated faucets and flush valves, American Standard, a unit of Tokyo-based LIXIL Corp., is making deeper sinks to limit splashing and "looking for ways to extend" self-cleaning toilet features from residential to commercial models, he said.

Technology is even being used to ensure that health care workers wash their hands properly.

Suzanne Musho, vice president and chief architect at the New York Institute of Technology, said that while sensor-activated toilets can flush without a human's touch, the aerosol spray remains a problem.

For that reason, some toilets have a time delay so the flush comes after the occupant leaves.

Beyond updating fixtures, Musho said that the layouts of bathrooms themselves may change much as they did to accommodate wheelchairs after passage of the Americans With Disabilities Act of 1990.

While many commercial bathrooms incorporate multiple toilets, single-use bathrooms may become the norm.

In the interim, businesses may remove some fixtures to create more space, said Devin Kulka, chief executive of The Kulka Group, a developer based in Hauppauge.

"You're going to have more separation between urinals," he said.

Human engineering fits into the puzzle as well.

"You could have the attendant go in between people and do a quick spray," he said. "But that's a costly endeavor."

Much of the onus will have to be on the users, who need to routinely take precautions like wearing masks in public places like bathrooms, said McGee.

Experts agreed that after washing their hands, bathroom users also should use a paper towel to touch door handles or other surfaces in the bathroom.

McCarthy suggested that businesses supply flushable, sanitizing wipes for use on toilet seats.

Aside from fixture sensors and advanced cleaning products, ultraviolet light could play a role in future bathrooms.

Musho said that single-user bathrooms could be disinfected with ultraviolet light once the occupant has left.

That's because human eyes and skin can be damaged by UV radiation in the range used to disinfect hospital equipment.

New short-wave UV devices, however, are under study and may be able to disinfect surfaces without harming people.

Jon Cooper, president of Westbury-based Spectronics Corp., a maker of UV equipment used to sterilize equipment used in operating rooms, said a team at his company is working on the short-wave UV devices, though a product is months away.

"I think that's the future," he said. Even when the economy has fully reopened, "we're going to have a problem until we find a way to do sanitizing in public places."

Meanwhile, he said, the company is selling a battery-powered handheld device dubbed the DeGERM-inator for $159.99 that emits UV light of the wavelength now used in hospitals.

The device can be used to pass over a surface and "kill up to 90% of most microorganisms by damaging their DNA," according to the company's marketing materials, which say it is safe if it's not aimed at skin or eyes.

Cooper said hygiene issues can be confounding, especially in the era of COVID-19.

"Even before the virus, I was always wary of touching a doorknob in a public bathroom," he said. "I'd use a tissue or paper to open it. Now the health concerns are magnified many fold."

How businesses are retooling bathrooms

• Flush sensor (with delay) instead of manual toilet flush