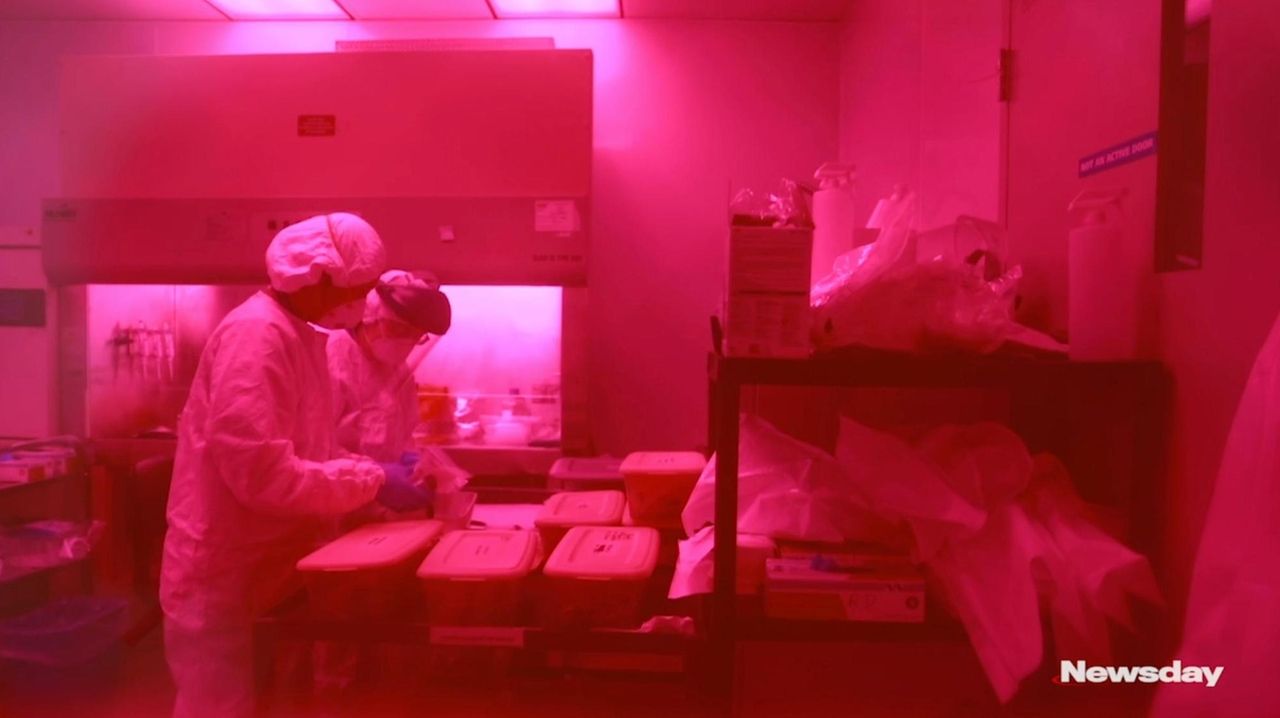 James A. Hayward, president and chief executive of Applied DNA Sciences Inc., says his lab is working on a vaccine to protect cats from COVID-19 and is hopeful the research will help in human trials.  Credit: Newsday / Raychel Brightman

A Long Island company plans to begin a clinical trial upstate on a COVID-19 vaccine for cats, which have been found to be susceptible to the virus.

A vaccine potentially could safeguard pet owners by reducing the chance that their cats harbor the virus, said James A. Hayward, president and chief executive of Stony Brook-based Applied DNA Sciences Inc.

"By vaccinating a cat, you not only improve the health of the cat, you lower the proximal reservoir of virus available to humans," he said, noting the relationship between cats and their humans is "up close and personal."

To date, however, there have been no documented cases of cat-to-human transmission, experts said.

In a few cases, however, cats and dogs worldwide have been reported to be infected with the COVID-19 virus, mostly after close contact with humans, according to the U.S. Centers for Disease Control and Prevention.

Evidence suggests the risks of animals spreading the virus to people is low, but humans can infect animals "in some situations," said the CDC, which advises isolating pets from people who become ill.

Cats "are almost always being infected by humans" rather than other cats, said Dr. Colin Parrish, a professor of virology at Cornell University's College of Veterinary Medicine. "Most are not going to come in contact with cats outside the house. They're not going to frat parties or bars."

Applied DNA has been developing a COVID-19 vaccine for humans in partnership with Takis Biotech, based in Rome.

In the cat trial, Applied DNA will be joining with Evvivax, a Takis spinout focused on veterinary immunotherapy and vaccines.

The clinical trial, in upstate Brewster, calls for enrolling 30 healthy domestic cats and injecting them with the vaccine once a month for three months to study safety and the cats' immune response.

The trial is scheduled to begin after clearance from the U.S. Agriculture Deparment, which regulates veterinary medicines.

The cats will be monitored for six months to track evidence of antibodies and T-cells, shown to help fight off the virus that causes COVID-19.

The feline trial also will add to the preclinical data required in developing the vaccine for use in humans, Hayward said.

In early April, the Bronx Zoo announced that a 4-year-old Malayan tiger named Nadia tested positive for the virus. Later that month, tests showed that seven other tigers and lions also tested positive.

Parrish said that barring evidence that cats are frequently infected with the virus that causes COVID-19, a vaccine likely would be reserved for special situations.

He said those might include cats that live among the elderly in nursing homes or with people who have diabetes, considered a risk factor in developing serious COVID-19 complications.