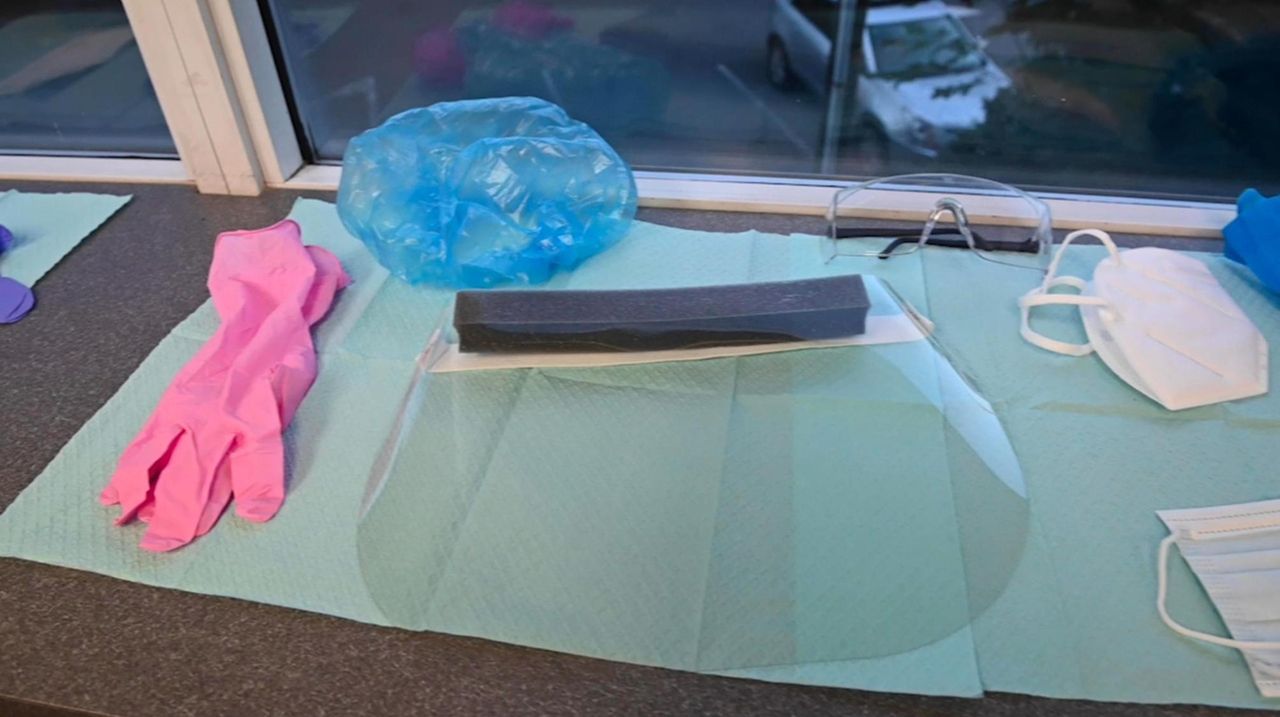 Dental offices are trying to recoup a portion of their personal protective equipment expenses through surcharges. Dentists say the surcharges are a way to cope with skyrocketing supply costs, but the charges raise red flags for patient advocacy groups.  Credit: Newsday / Steve Pfost

Dental offices on Long Island are trying to recoup a portion of their expenses for personal protective equipment through COVID-19 surcharges.

Those fees show up in a line on receipts that tends to be no more than $25, according to patients and dentists. Some insurance companies will cover a portion of the fee, but patients are responsible for the balance.

Dentists say the surcharges are a way to cope with skyrocketing supply costs, but the charges raise red flags for patient advocacy groups.

"We're concerned [about] any financial barrier that would get in the way of people getting access to care," said Eric Schneider, senior vice president for policy and research at The Commonwealth Fund, a foundation focused on making health care affordable and accessible.  "If [dentists] go out of business, then there’s no access … under that scenario either. So there’s going to be a delicate balancing act."

Dr. Eugene Porcelli realized he would need to institute a $20 surcharge as he prepared to welcome patients back to his Garden City practice for nonemergency care. He said the cost of PPE has increased dramatically. He has also had to start buying new pieces of gear, including scrubs, lab coats, head coverings, face shields, goggles, shoe coverings and disposable gowns.

Patients often interact with a hygienist and dentist during appointments, and the cost of PPE currently amounts to at least $20 for each staff member they see, said Porcelli, executive director of the Nassau County Dental Society.

"You can't do a cleaning [that you] get paid $40 for, still have to pay the hygienist $40 an hour, and now pay an extra $20 or $25 for her PPE," Porcelli said, noting that insurers in the area may reimburse dental practices roughly $40 to $75 per cleaning. "It becomes a losing proposition."

Porcelli said he reached out to patients to explain the surcharges — and has not received any complaints about them.

He said about 75% of the insurance providers he works with are contributing $7 to $12 toward the fee. "I don't see myself having this surcharge six months from now," said Porcelli, of Hauppauge. "Once the supply catches up to demand, I think the prices [of PPE] are going to come down."

He said he believes that a majority of dental practices are using surcharges.

The dental practice Smiles 4 a Lifetime in Woodmere tried $20 PPE fees in early June, but dropped them due to patient resistance, according to the office manager Beth Berman. Instead, Smiles 4 a Lifetime stopped being an in-network provider for certain  insurance plans because they do not offer sufficient compensation, Berman said.

"It's just not worth it from a business standpoint to anger patients," said Berman, of Atlantic Beach.  "So we got rid of the surcharge, and then we started evaluating how much money we were getting paid per procedure from the insurance companies. And that’s how we decided to just let go of the very low-paying insurance plans.”

The Better Business Bureau of Metropolitan New York advises that surcharges must be clearly disclosed before a transaction, according to president and CEO Claire Rosenzweig.

Maureen Kelly, a Holtsville resident, said she would continue seeing her dentist in Babylon, despite being surprised by a $25 surcharge at her recent appointment.

"The buck now — across the board — is being passed on to the consumer," said Kelly, 53, a caseworker for Suffolk County. "I don't mind that there's a surcharge … I just felt the amount of the surcharge was a bit excessive."

Many physician practices would have a difficult time adding surcharges because rates are dictated by contracts with insurance companies. Schneider said dental and vision benefits are structured differently.

Staff running a statewide patient advocacy hotline have only heard of surcharges at dental offices, according to Diane Spicer, supervising attorney at Community Health Advocates, a network of organizations that provides billing and other health care-related assistance.

Consumers who receive a surcharge may file a grievance with their health insurance company and complain to the state Department of Financial Services, which regulates insurance companies. Spicer said if DFS receives enough feedback, the agency may issue regulations on the matter. DFS declined to comment.

The added fees are "a deterrent for folks” needing dental care, Spicer said.