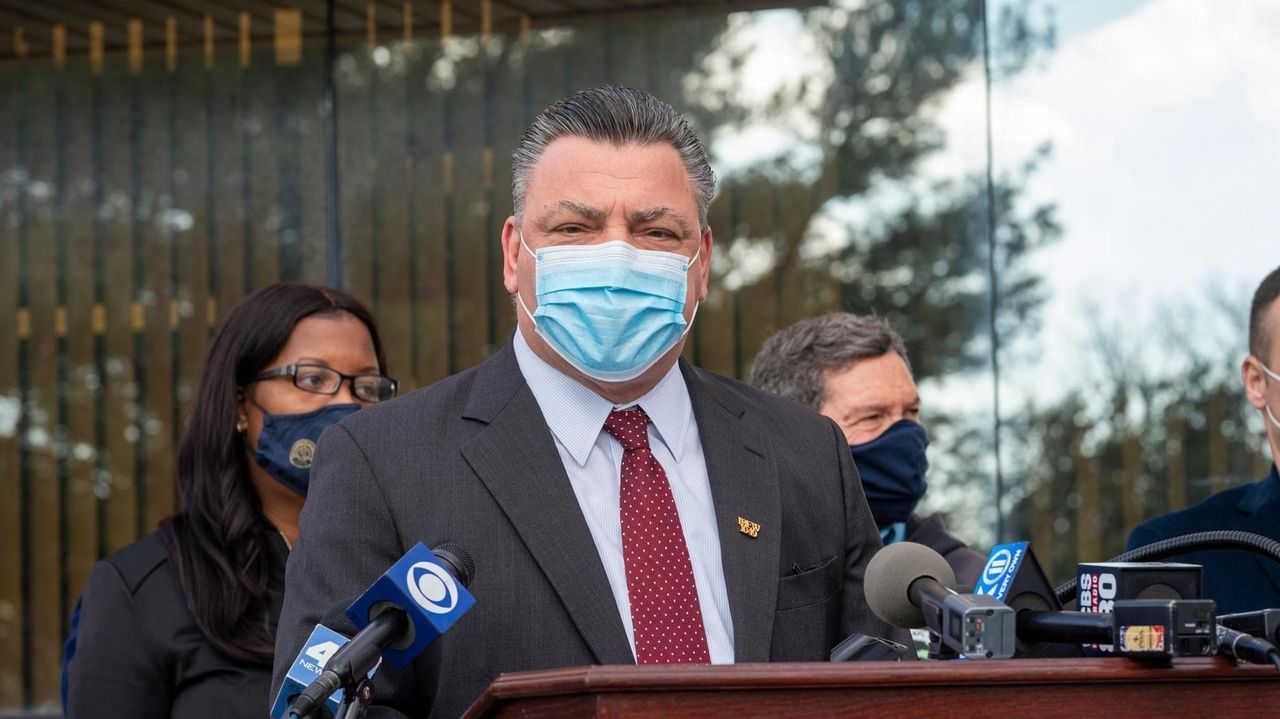 Union leaders representing thousands of Long Island electrical workers are imploring state government to elevate their status on the COVID-19 vaccine list to provide the critical workers with a level of protection in their customer-fronting jobs.

At a meeting Tuesday, officials for three separate locals of the International Brotherhood of Electrical Workers said their current vaccine status would leave them unprotected for months as they go about their work, exposing them to the virus and potentially spreading it to customers.

The workers are currently classified as 1C, and are requesting their status be upped to 1B.

Workers with 1C status are not expected to be vaccinated until May or June, the union said, while 1B status workers would be eligible to be vaccinated now, even if vaccinations are currently hard to come by.

The workers are not just the hundreds of high-voltage electric linemen who work for PSEG Long Island; they include members who work for HomeServe, known locally as PSEG WorryFree, who go into homes to service electrical and gas heating systems; cable TV repair workers and office workers who answer customer calls.

"If we continue to be pushed out we could be spreading disease to the public, and then our people are at peril also," said Patrick Guidice, business manager for Local 1049 of the IBEW, in Holtsville.

Jack Sterne, a spokesman for Cuomo, said, "Our singular goal is to get as many New Yorkers vaccinated as quickly as possible — but due to a lack of supply from the federal government, we have been forced to limit eligibility."

He noted that over 7 million New Yorkers are currently eligible for the vaccine, "but our weekly allocation of doses from the federal government was cut without any explanation."

As for the union's request, Sterne said, "While we understand these groups’ concerns and are sensitive to their requests, we are constrained until the federal government steps up and provides more doses."

Guidice acknowledged that even with increased status, it wasn’t clear how soon union members could be vaccinated.

The unions, which also include members of Locals 1 and 2, represent more than 1,700 PSEG workers, 1,250 National Grid, about 70 from Altice and 150 from HomeServe/PSEG WorryFree. Fellow union members in New York City are urging public officials to respond. Local 12 of the IBEW, which represents workers in the five boroughs of New York City, has some 16,000 members.

The workers "are interacting with the public every day," said Guidice.