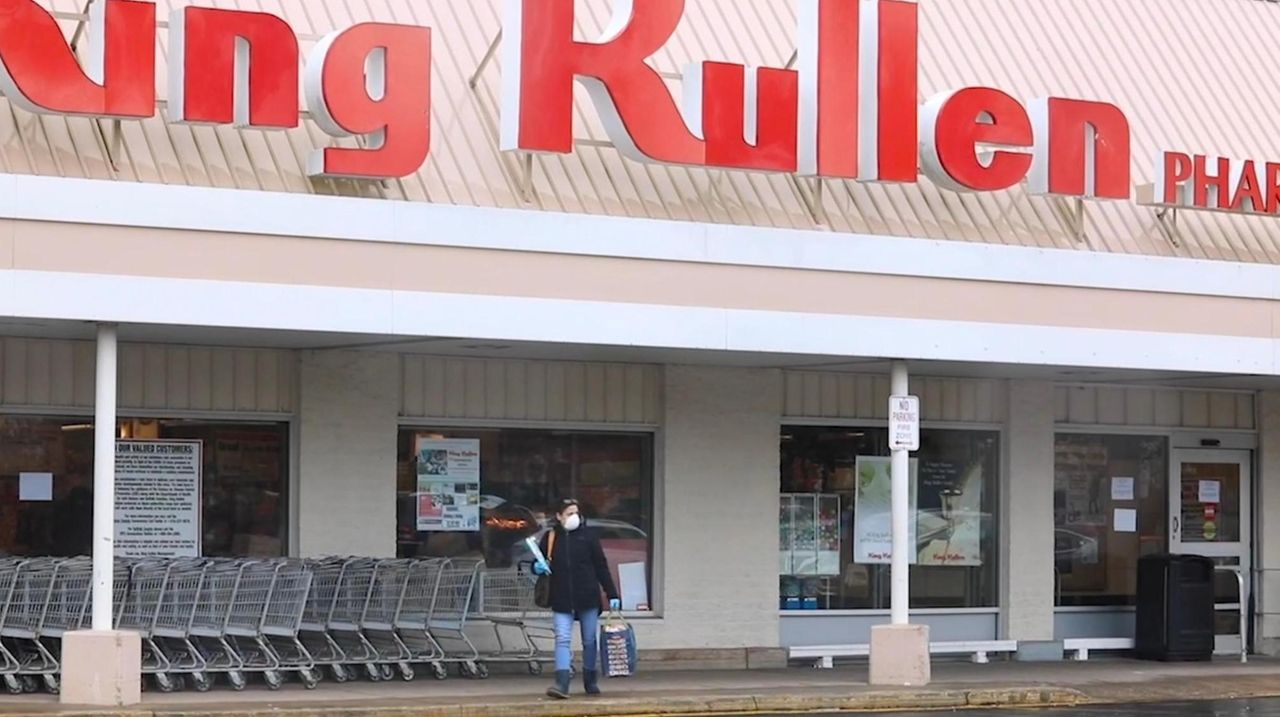 Some Long Islanders bought weeks' worth of products, leaving others facing still-empty supermarket shelves and going from store to store in an attempt to find what they need. Credit: Newsday

Hoarding by some Long Islanders is causing hardship for others.

Last month as news of the coronavirus spread, crowds of shoppers set off on a panic-buying frenzy, many snatching up enough pasta, canned goods, meat and toilet paper to last their families a month or more. Some also bought several weeks' worth of diapers, formula and baby wipes.

Stockpiling wasn't an option for those who lack the financial resources, transportation or storage space to make such large purchases.

Now, they're facing still-empty supermarket shelves and being forced to make multiple trips to different stores in an attempt to find the products they need. They worry all those shopping trips are increasing their exposure to the virus.

Alyssa Dwyer, a Franklin Square mom who is 30 weeks pregnant with her second child, has been struggling for weeks to find needed items on her family's grocery list.

"Stores are just completely wiped out," she said. "There aren't even enough products to hoard anymore."

Dwyer said she feels afraid when she's out shopping with her 7-year-old son because of their potential exposure to the virus. She has to bring him with her because her husband is still going to work as a heating, ventilation and air conditioning engineer servicing many of the Island's urgent cares.

"It's scary because you just don't know who has COVID, who is sick, which germs are where," she said. "It just hasn't been easy, it's been stressful but we're trying to manage as best as we can."

Christine Toomey, a mother of five who lives with her children in a Brentwood shelter and works as a manager at a Dunkin' Donuts, went to several stores looking for diapers, leaving empty-handed time and time again.

"I couldn't find a single box in the sizes that I needed," she said. "There were no diapers, no baby wipes, no water...It's crazy. I couldn't get anything at all. It's definitely a problem, this hoarding thing."

"I work my butt off six days a week," she said. "By the time I was able to make it to the stores, shelves were empty."

Kerry Gillick Goldberg, founder of Baby Essentials of Long Island, a Bethpage-based organization that serves families in need, came to her rescue, delivering a couple boxes of diapers and a few packs of wipes to her family, Toomey said, calling Gillick Goldberg "a true blessing."

Gillick Goldberg's stop at Toomey's was only one of many.

She's been busy driving around the Island delivering diapers, wipes and formula as well as other items like detergent and paper towels.

The work is part of her partnership with Help Me Grow Long Island, a program run by Roslyn nonprofit Docs for Tots, a charity committed to the well-being of young children.

Bryan Buckley, an Amityville father of four, said he snagged the last two cans of formula left on the shelf at a Stop & Shop in Seaford for his baby boy.

That's when he and his wife, Erica Buckley, decided to post a Facebook Marketplace ad asking to buy diapers and wipes from people on the social media platform.

"There were so many nice people on Facebook, who replied to our ad and were willing to help us, that I couldn't believe it," Erica Buckley said.

"But it's really not fair; people who don't have kids are buying baby wipes because they can't find the disinfectant ones. I really wish people would stop and think about how their actions will affect others."

For some parents, like Lauren Whitney, a mother of four from Utah who recorded a now viral TikTok video of herself crying at a Walmart because she couldn't find diapers for her 18-month-old daughter, the stress of not finding essential items can be crushing.

Melissa Passarelli, program coordinator at Help Me Grow, said Long Islanders who were already struggling financially before the coronavirus pandemic are among the most hurt by the panic buying and hoarding.

When these families "go to the grocery store they typically can't afford to buy in bulk and even when they go shop now, they can't find a lot of the items they need," she said.

"Especially families using WIC and SNAP benefits, that may have a set list of things they're able to buy with those benefits...if those items are not there then they're out of luck."

She urged Long Islanders to "think about this when you're out shopping" and encouraged those who are able to, to donate food to local food pantries.

The National Retail Federation and the Retail Industry Leaders Association, two industry groups, and Suffolk County Executive Steve Bellone have made similiar pleas, asking shoppers to restrain themselves from hoarding, and leave items they don't need for those who do.

In an effort to limit hoarding, signs informing shoppers of new per customer limits on essential items like milk, eggs and canned goods, have been posted at supermarkets and other sellers of groceries across the Island.

Passarelli, of Help Me Grow, said before the pandemic, about 30% of inquiries received by the program were from people in need of basic items like food, formula and diapers.

In the last two weeks, calls from people asking for help accessing these products have jumped to more than 80%, she said.