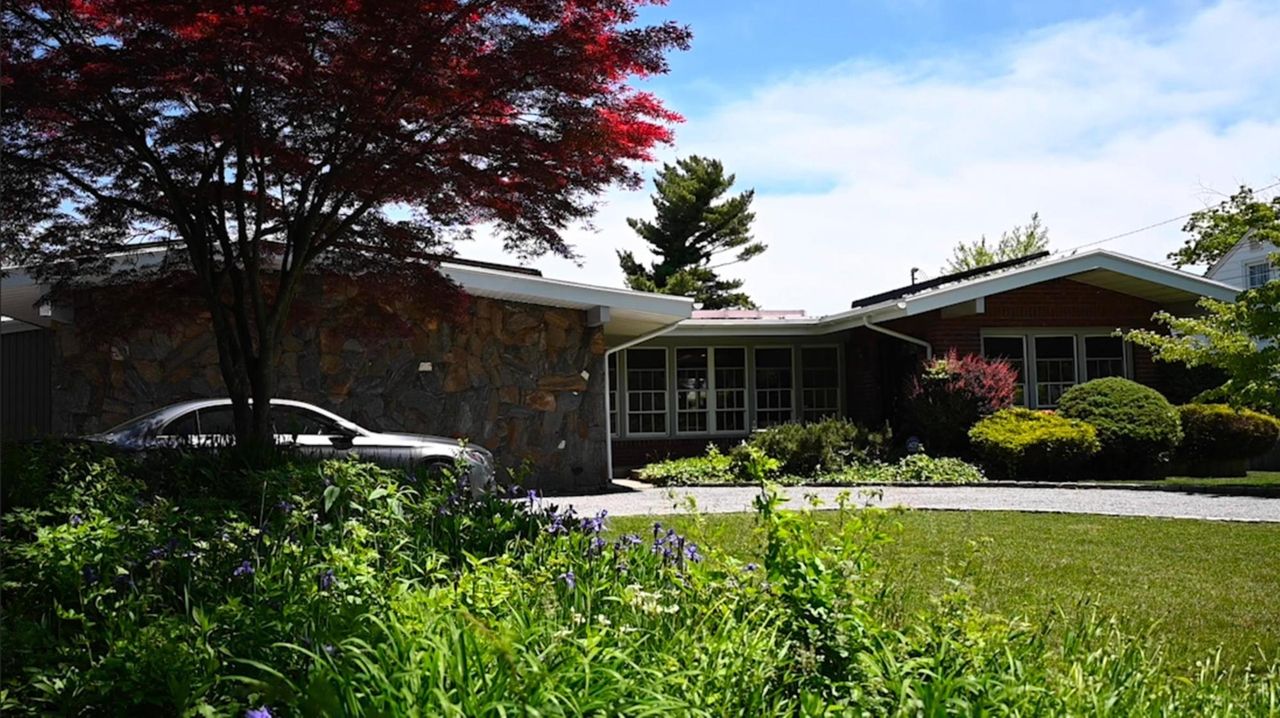 LI real estate agents say remote-sales tactics, adopted during the outbreak of coronavirus, are here to stay because they help attract more buyers to listings and make it easier for busy home shoppers to narrow down their searches. Credit: Danielle Silverman

Rachel Richter figured her family’s newly renovated house in Long Beach would catch prospective buyers’ attention, but she was taken by surprise by the frenzy.

The Richters received two offers on the three-bedroom home, listed for $589,000, even before they allowed any in-person showings. On Friday, June 12, seven potential buyers visited on separate tours. By the next morning, the Richters received a third bid,  and they accepted an offer over the asking price.

The market is “really, really hot,” said Richter, an office manager with a background as a home decor stylist, whose family is moving to California for her husband Andrew’s new job. “People that typically would have been looking in March, April, May, they're all backed up and now they're released and [saying], ‘Let's go!’”

Just over a week after the reopening of Long Island’s real estate market, a shortage of homes for sale and competition from potential buyers leaving New York City are driving up prices for the most in-demand homes and forcing buyers to make quick decisions, according to buyers, sellers and real estate agents. New York State officials gave the green light for Long Island’s real estate agents to resume in-person work on June 10.

Sales are way down

Sales activity remains much lower than normal, with sales down by nearly 46% in Nassau County and 34.4% in Suffolk County last month compared with a year earlier, OneKey MLS reported Wednesday. But the median sale price increased year-over-year by more than 10% in both counties, to $585,000 in Nassau and $429,450 in Suffolk last month.

Excluding the East End, Long Island homes priced under $1 million saw new contract signings fall by 66% last month compared with the previous May, while homes listed for $1 million or more experienced a 26.5% decline, the appraisal company Miller Samuel and the brokerage Douglas Elliman reported Thursday. In the Hamptons, pendings sales rose year-over-year 29% for homes listed for at least $1 million.

Suburban markets such as Long Island seem to be benefiting from New York City residents' desire to live in places where homes are more spacious and the risks of coronavirus are perceived to be lower, said Jonathan Miller, president of Miller Samuel.

In addition, the end of Long Island's nearly three-month real estate shutdown seems to have sparked a burst of delayed sales activity, Miller said. It remains to be seen how long that will last, especially since the economy is in a recession and unemployment is expected to remain higher than 9% at least through the end of the year, he said.

The reopening "brings some relief and euphoria to the real estate market," he said. "The real question is, after that, what does the market look like? And that’s what we’re waiting to find out. ... The expectation is that prices will be lower because there will be less demand."

The Island’s housing market has changed drastically due to the coronavirus pandemic, with home-seekers navigating online home tours instead of open houses, donning masks and gloves, signing forms acknowledging the risks involved in home-shopping during a pandemic and answering questions about their risks of exposure to the coronavirus. It is  a daunting time to shop for anything, much less a house. But for many prospective buyers, the need or desire to move outweighs the safety concerns.

Some agents said they have been swamped with calls and requests for in-person tours.

“I have never been so busy in my career,” said Joyce Coletti, a real estate agent with Douglas Elliman in Long Beach who listed the Richters’ home and said she received 50 calls about it. “It’s almost as if they were waiting and the flood doors went down and I’m flooded with customers.”

Some Long Beach homeowners are listing their homes so they can retire in lower-cost destinations in Florida or North or South Carolina, and agents are fielding inquiries from local buyers as well as New York City residents, she said.

In many cases, purchasers are seeking out homes with plenty of space for home offices and room for children to run around – including features such as pools, in some cases – and that require no repairs or renovations, brokers said.

Teresa Trapkus, 34, a medical device sales representative, said her family put in an offer on a five-bedroom home in Lido Beach that isn’t yet listed for sale, to get ahead of the competition. She said she believes it will be listed soon in the $700,000s.

“We want them to potentially consider our offer before considering multiple offers and hopefully, you know, not have to go into a bidding war,” said Trapkus, who lives with her husband and their two children in a three-bedroom home in Long Beach that they have listed for sale at $649,000. She said they have hosted at least a dozen showings and they are considering an offer.

“I think it's a great time to be both a seller and a buyer,” Trapkus said. “I think the chance to make money on your home is definitely there, because from my understanding the supply is low, but the demand is high. And it's also a great time to be a buyer because the rates are incredible right now.” Trapkus said she has been quoted mortgage rates as low as 2.8%.

Still, she said, the pent-up demand might not last long. “Personally, I think there's a limited time window on how hot the market is,” she said.

Long Island’s housing market is likely to rebound from the shutdown as long as the job market improves and there is not a second wave of infections, said Ann Conroy, CEO of Douglas Elliman’s Long Island division.

It helps that interest rates are so low, she said. Last week, the average rate was 3.13%, the lowest on record, mortgage giant Freddie Mac reported.

“We expect it to be a very vibrant real estate market," Conroy said. "I think we’re ramping up to get back to the activity levels that we were experiencing before the pandemic.”

Conroy said she expects to see more buyers moving out of New York City to get homes with more space and amenities, and to take advantage of Long Island's recreational offerings.

“They want some elbow room so if they have to stay home with the family there’s fun things to do,” she said. Even so, she said, “I don’t like to overplay that. When things settle down, an urban person is not a suburban person.”

Not everyone was optimistic about the housing market’s prospects over the next few years.

To be sure, the low cost of borrowing “makes it very attractive to buy,” said Herman Berliner, provost and professor of economics at Hofstra University.

However, he said, the economy is not likely to make a strong recovery until the pandemic is under control, either due to a vaccine or substantially lower rates of hospitalizations and deaths. He said many would-be homebuyers have either lost their jobs or seen their incomes decline. More than 370,000 Long Islanders have filed for unemployment since the COVID-19 economic shutdown began, state figures show.

Berliner said he expects falling demand to put a damper on home prices. “This is not going to be a ‘V’ recession, this is not where you go down very quickly and go up very quickly,” he said. “I'm predicting this is a two- or three-year recovery. ... There are a lot of people that are hurting.”

Plus, he said, “You don't want to go into a strange house and you don't want strangers in your house. Especially depending on the age demographic, there is so much concern about COVID-19 that you just don't want to open the door in the traditional sense.”

Katelyn Montrony, a real estate agent with eXp Realty in Hauppauge and vice president of the Hamptons and North Fork Realtors Association, said agents are making more use of videos and social media to give buyers a better feel for the inside of homes, even without an in-person visit.

Videos can cost several hundred dollars, in addition to the price of still photographs, but they’ve become a common feature of listings, she said.

“A lot of brokerages weren’t doing them before, but now almost every listing has a video tour attached to it, and I think you’re going to see that going forward,” she said. “I find that my videos are getting a lot more views than they used to, and I think it has to do with more people being home and utilizing social media.”

Virtual tours also can help buyers with busy, unpredictable work schedules, said Angela Prince, owner of Prince and Associates Realty Group in Bay Shore, who has started offering online video tours. “It’s just a way to say to yourself, ‘Do I really want to see this house?’ ” she said.

Elena D’Agostino, broker and co-owner of Lucky to Live Here Realty in Cold Spring Harbor, said a new generation of 3-D tours let viewers click to navigate from room to room and get 360-degree views. She said her agents offered staging tips via video conference during the shutdown, and they have been streaming open houses for hundreds of viewers on Facebook, Instagram and Youtube – going live during weekday evenings, since that’s when the company’s research shows viewership is highest.

'So much more effective'

“We just find it so much more effective than sitting at an open house and maybe having neighbors who aren’t really interested coming in,” she said. “We’ve had an overwhelming response.”

Cutting down on in-person work has freed up time to help buyers find homes, market listings and connect with clients in other ways, she said. In addition, buyers are more focused in their searches, D'Agostino said.

Victoria and Ned Meagher, who have listed their renovated six-bedroom home with a pool in Greenlawn for $1.599 million, said they were struck by how much detail buyers are now able to get from the video and 3-D tours that have become more popular during the pandemic.

“You can walk through and zoom in on various features, you can really take your time going through the video versus if you're looking at three or four houses in a day, like the old way you used to do it -- you'd never get to look at the details,” said Ned Meagher, 53, a patent attorney who is moving to Dallas with his wife and their four children, ages 11 through 15.

Victoria Meagher, 53, a medical sales representative, said by the time buyers tour a home in person, “they know they're serious about it.”