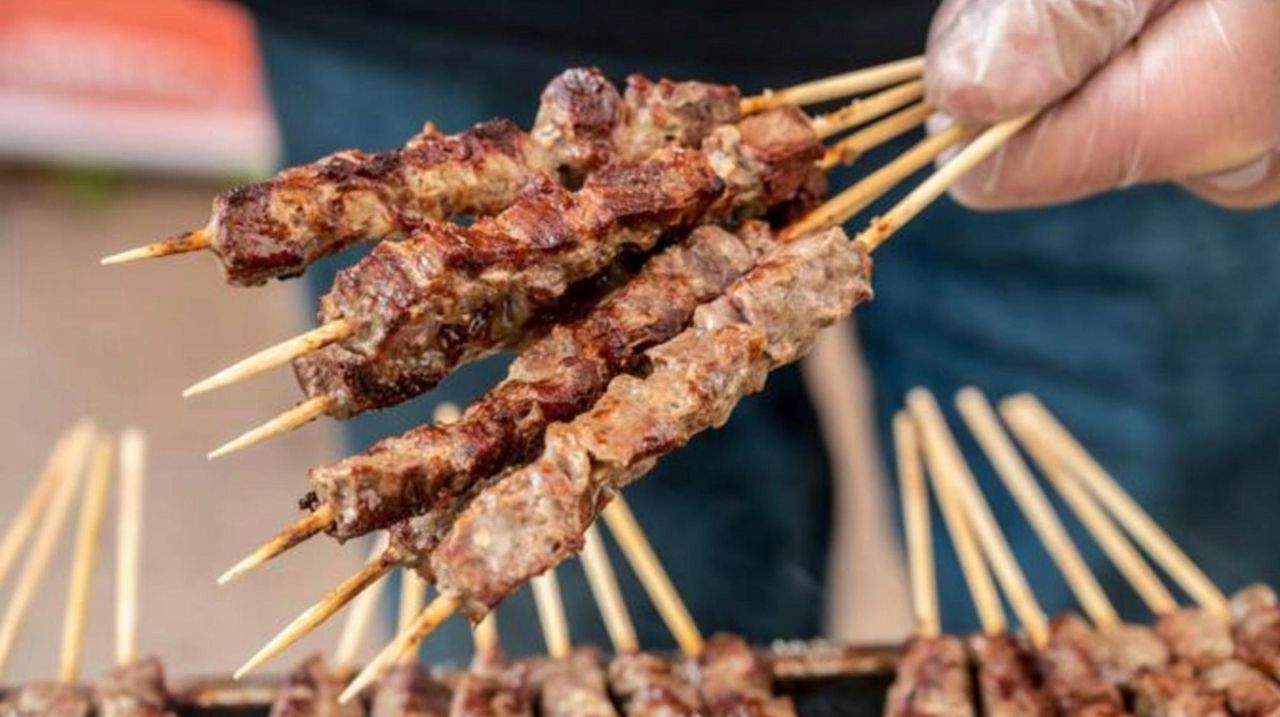 A Q&A with Tommaso Conte, owner of D'Abruzzo NYC, on how his Westbury-based food cart business pivoted to nationwide wholesale in order to survive the COVID-19 storm.  Credit: Newsday / Alejandra Villa Loarca

For D’Abruzzo NYC, the pandemic seemed to hit in a single day.

It was mid-March, the time many New Yorkers began to feel the impact of COVID-19, when Tommaso Conte, owner of the Westbury-based specialty food vending company, started to get a barrage of messages.

Smorgasburg, the popular open-air food market, was scuttling its spring season. Events were canceled. Nobody needed catering anymore. And D’Abruzzo, which specializes in special lamb skewers native to Abruzzese cuisine – that is, typical of the small, coastal region to the east of Rome – suddenly seemed primed for failure. "At the end of that day, my business was essentially shut down 100%," Conte said.

That is, until he pivoted.

Conte quickly changed his business model, began to sell wholesale through his website, abruzzonyc.com, and even began selling the specialty grills he gets imported from Italy. Now, the company that won a Vendy award, was featured at the NYC Food Film Festival, and was even honored with a 200-person celebration in Abruzzo, has found second life.

What were some of the biggest challenges in shifting your business model?

It’s a totally different business. … We were only legally able to sell them cooked at our markets. Now, we’re talking about [getting a production] space and we have a monthly rent. We [had to get] approval from the USDA to get a meat processing facility, which we did, and we were going to have to increase our production, to really get it out there to places and business that we haven’t dealt with in the past.

How was customer response?

We were lucky that in these short three years [that we’ve been in business], people who try our product love our product, and we really had a strong customer base that in the beginning of the wholesale were very supportive. … It was mid-April when we [got approval from] the USDA and, right off the bat, all of our customers were flooding in.

Other than sales to returning customers, who else were you able to reach?

We got into Iavarone (the Italian specialty food store), so we’re at all the Iavarone locations throughout Long Island and Queens. …Then we were getting a lot of inquiries from customers around the states saying, "Hey, I want the product. How can I get it?" We started doing nationwide shipping and then we partnered with Goldbelly, another nationwide shipping company, so we were really able to pivot and get a large customer base throughout the United States, as well as outside the United States … including Puerto Rico and the [Caribbean] islands.

Why did you start selling grills?

With the [food] markets being shut down, what I decided is that I wanted to recreate this at home for people, so if they close their eyes, it’ll be like you’re at the market having them right off the grill with me cooking them for you.

How do you procure the grills?

Compared to pre-pandemic times, how has business been now that you’ve pivoted?

It’s a different business totally, totally separate and different. It’s been [a lot of] working at building the wholesale side of it. So, in the short few months, the business has grown and gotten a lot stronger.

Will you continue to employ this business model even after you can go back to selling like you used to?

One hundred percent – this was my vision, to have the market side of the business and jump off to the wholesale start of the business, because I really see this being something that’s nationwide. … So, going into 2021, let’s say things get a little more back to normal, we’re going to push forward with the aspect of the markets and the wholesale.