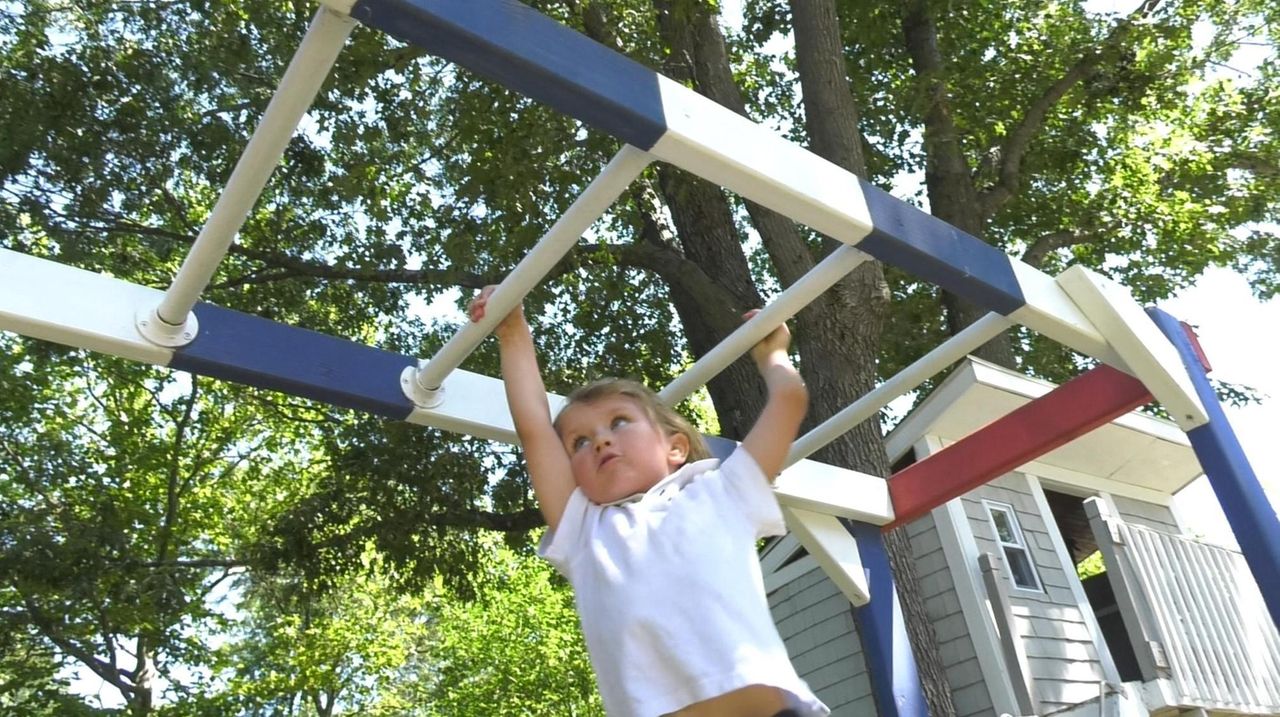 With kids cooped up inside due to the lockdown they saw a need for custom ninja-style obstacle courses, which Joe started building almost four years ago in his backyard when Clint, the oldest of his three children, wanted a ninja-style birthday party.

And new statewide data shows the Dalys are not alone on their path to entrepreneurship.

For June, new business applications were up 22% in New York and for the first three weeks of July, they were up 49.7%, a jump from April when applications were down 35.5%, according to recent data from LendingTree, an online lending marketplace.

“There could be pent up demand to start a business” given the flatlining in business activity that occurred during the height of COVID-19 in March and April, said Derek Miller, a Brooklyn-based senior research analyst at Lending Tree, who did an analysis based on U.S. Census Bureau data. Long Island data was unavailable.

While the economic climate  is better than in April, it’s still risky starting a business now given the current climate, Miller said.

Although, when spending does come back if “you’re one of the businesses out there ready to take advantage of it that could be a good thing,” he said.

The recent uptick in business applications are a positive considering applications for New York for the second quarter of 2020 were down 16.8% compared with the first quarter of this year, according to the Census Bureau.

The pandemic likely played a role in that decline, Miller said.

Still the entrepreneurial spirit is alive and well for many entrepreneurs who saw opportunity to start a business during the pandemic.

For the Dalys, it seemed like the right time to turn a hobby into a business after Joe was laid off from his investment banking job in the city last August. After taking some time off, he started job hunting earlier this year and by March “everything came to a screeching halt,” he said. His wife also was laid off from an event planning company during the pandemic.

Kristi put out feelers via social media to gauge interest in their obstacle courses and “it just snowballed from there,” she said. They’ve installed close to 20 obstacles courses since launching and are also doing party rentals.

Costs for single obstacles range from $500-$1,000 to purchase. Rentals can range from $400 to $750 depending on the number of obstacles a customer wants to rent for the day.

Other Long Islanders who have become unemployed during the pandemic are turning to buying franchises.

Tom Scarda, a Wantagh-based franchise consultant, is seeing interest in starting new businesses from people who lost their jobs and decided to transition into entrepreneurship.

He traditionally sees a boost in people buying franchises when the economy slows and there are job losses.

“This is the busiest I’ve been” in terms of franchise inquiries, said Scarda, who has seen many people going into service-based concepts like cleaning companies to meet the pandemic need.

The U.S. Census Bureau doesn’t release a breakdown by industry of new business applications, but John A. Rizzo, chief economist for the Long Island Association, says he foresees two types of business opportunities developing: those filling the void of businesses that don’t reopen and online and tech-driven businesses.

He said while it’s a risky time to start a business, on the flip side “higher risk often means higher reward,” noting there’s an advantage to being a first mover in terms of developing new technologies and services, including videoconferencing or technologies that bridge the gap between work and home.

Still you must do your homework, said Rakesh Gupta, an associate professor of Decision Sciences and Marketing at Adelphi University in Garden City.

You need to do market research and know where your customer base is, how to reach them and the scope of your competition, he said.

You also should prepare for lean times.

Jerzy Wronski, owner of Babylon Collectibles in Babylon Village, which sells all types of collectibles including comic books and sports memorabilia, vintage currency and old coins and other items, did just that.

When he drafted his business plan pre-pandemic, he was prepared to fund the business up to a year on his own if business was slow.

He originally planned to open March 14 but with the shutdown wasn’t able to open his storefront until June 10, but used the downtime to get the store ready and establish an online presence on e-commerce markets.

Consider though consumer buying habits have shifted and you need to “react to market conditions,” Gupta said.

Rachel Grosso and Sam Dorfman, co-owners of Farmingdale-based CuratedCoast, a travel and hospitality company, have done that.

Their business, which launched May 15 and is an independent affiliate of SmartFlyer, focuses on luxury travel and concierge services such as setting up day tours and booking restaurant reservations, but with many people not traveling far they’ve tried to adapt to customer need.

Business has picked up in the past month, said Grosso, noting, “we see it [travel] eventually coming back.”

While new businesses are forming, 55% (72,842) of all businesses listed on Yelp’s website that closed since March 1 due to the pandemic have permanently shuttered, according to Yelp’s Economic Average report.