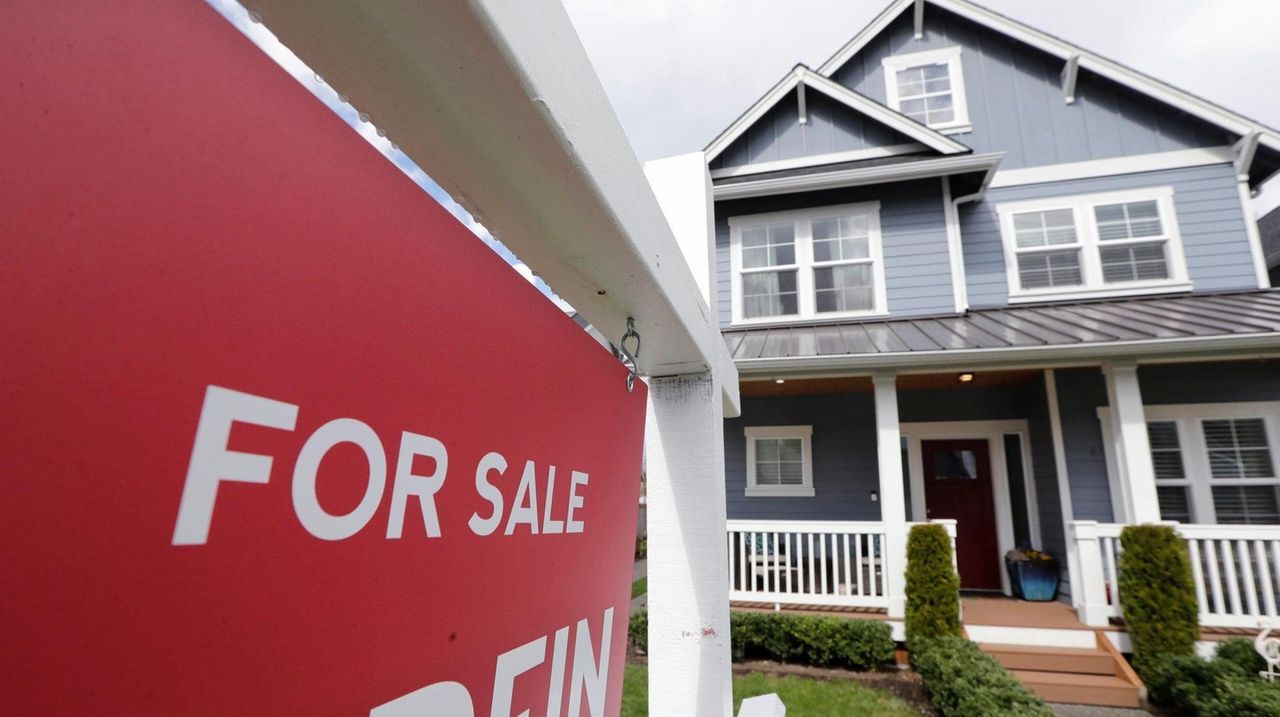 Ana and Eric Anto, tired of renting an apartment in Queens, have been trying to buy a home on LI since August. But they are having a hard time finding a house in their price range of up to $580,000. Credit: Newsday / Alejandra Villa Loarca

Homes in Suffolk sold for a median price of $464,375 last month, up 13% compared with a year earlier, OneKey MLS, the multiple listing service that includes Long Island, reported Thursday.

In Nassau County, the median sale price increased year-over-year by 9.3%, to $590,000, the multiple listing service reported.

September marked the second month in a row that Suffolk sale prices have set new records. In August, homes in Suffolk traded for a median price of $456,000, and Nassau home prices set a record high of $595,000.

"If you're a seller and you're waiting for that perfect moment to put your house on the market, that moment is right now," said Nick Sakalis, a real estate agent with Coldwell Banker Realty in Syosset. "This is as hot as it gets."

He added, "I truly, truly feel for every single buyer out there that's caught in bidding wars. It's not a fun situation."

The sharp rise in prices and sales activity prompted some real estate experts to wonder whether the surge is sustainable, or whether an increase in interest rates or slowdown in demand from buyers leaving New York City could eventually bring the market back down to earth.

However, if interest rates rise, or if the demand from city dwellers slackens, he said, "everything's going to come back to normal, to reality. And when that happens, all the prices are going to adjust."

Plus, he said, the influx of city residents is making it hard for longtime residents to purchase homes: "The local people that live in the area, that have their jobs and their families here, they can't compete with the city people moving out east" in response to concerns about the COVID pandemic.

Another reason for the boom is the release of pent-up demand from the COVID-19 real estate shutdown, said Jim Speer, CEO of OneKey MLS. The state banned in-person showings by agents from late March until June 10.

"We missed the entire spring market for the most part and we’re still playing catchup," Speer said. Looking at the period from January through September of this year compared with 2019, Long Island’s closed sales are down 15%, and pending sales are up 2.4%, he said. The supply of homes remains low because homeowners are still "leery" about letting people into their homes, he said.

The inventory of homes for sale dropped by 35% in Suffolk and 19% in Nassau, compared with the previous September, MLS figures show. At last month’s pace of sales, it would take 2.6 months to sell all the homes listed in Suffolk and 3.4 months in Nassau. Brokers say a balanced market has a six- to eight-month supply of homes.

As long as local infection rates remain low, Speer said, "I think that will slowly convince people that it’s safe to put their homes on the market."

The market is likely to remain strong at least until the end of the year, though it could settle down after that, Speer said. "Everybody seems to say the same thing around the country, it will eventually slow down," he said. However, he said, "nobody sees a big drop off in the housing market." Sakalis said he tells buyers, "eventually you're going to find the house. You just have to be patient. Don't make any poor moves, just for the sake of saying, ‘I bought something.’"

Among the frustrated home shoppers are Ana and Eric Anto, 44 and 45, who hope to move out of their rental in Queens and purchase a home in Nassau. The pair, who work as managers at restaurants in New York City and Garden City, are tired of paying $2,600 a month in rent, plus parking fees and other costs, Ana Anto said.

They thought their budget — up to $580,000 — would get them a nice house close to the city with central air-conditioning, more than one bathroom and a finished basement, she said. They were wrong.

Anto said they would wait in block-long lines to get into open houses, only to find that the sellers had already received five to 10 offers. "You want to see the house, but at that point it’s just like, ‘OK, forget it,’" she said. "And the taxes are ridiculous, too."

The pair have expanded their search as far east as Hicksville and started to consider homes with only one bathroom if there's room to add a second one, she said. They also have wondered whether it’s time to give up and renew their lease, she said: "I'm thinking, ‘Is this the right moment? Maybe not. Maybe I need to back off.'"