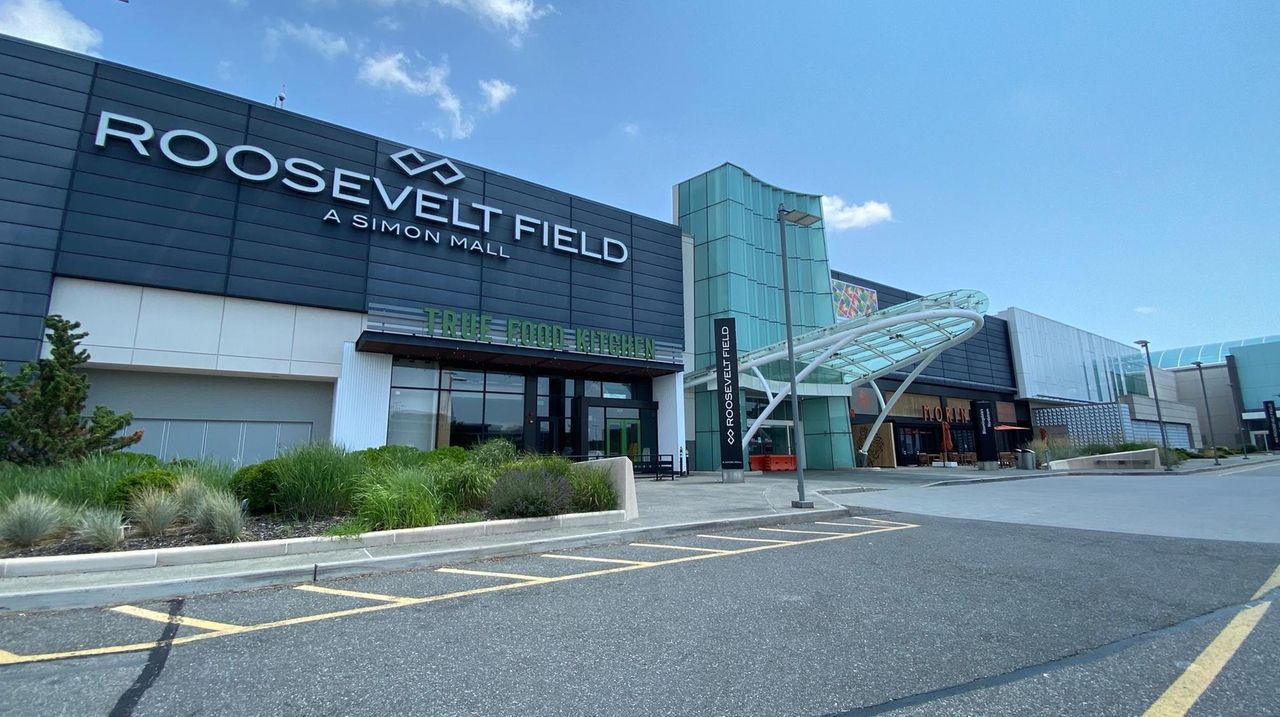 Gov. Andrew M. Cuomo said Wednesday that malls will be allowed to reopen in New York State on Friday but would need special air filtering systems that could help reduce spread of the coronavirus. Credit: NY Governor's Office

At least two Long Island malls will reopen this week, more than three months after efforts to stop the spread of the COVID-19 virus led to mandated retail shutdowns statewide.

Roosevelt Field in Garden City will open Friday and Broadway Commons in Hicksville will open Saturday, following Gov. Andrew M. Cuomo’s announcement Wednesday that malls could reopen Friday if they were in regions in Phase 4 of Cuomo’s business resumption plan — and if they had high-efficiency air filtration systems to help control the spread of the virus.

“Broadway Commons will have all HVAC units at the property upgraded to comply with the governor’s orders by Friday. Our operations teams are working with the HVAC specialists to refine all of our systems for compliance,” said Pacific Retail Capital Partners, the El Segundo, California-based owner of the mall.

Roosevelt Field emailed notices to tenants Wednesday about its plan to reopen.

“I am happy to say Roosevelt Field will be reopening on Friday July 10th at 11AM.   The hours for the mall will be Monday to Saturday from 11am-7pm and Sunday 12pm-6pm,” general manager Christopher Brivio said in the email, which a tenant provided to Newsday.

Roosevelt Field is owned by Indianapolis-based Simon Property Group Inc., which also owns Smith Haven Mall in Lake Grove and Walt Whitman Shops in Huntington Station.  The largest mall operator in the country, Simon did not respond to Newsday requests for comment about its reopening plans for any of its three Long Island malls.

The two malls require some upgrades, but “we are obviously planning to comply with the order before reopening,” said a representative for mall owner Unibail-Rodamco-Westfield, a Paris-based company with U.S. headquarters in Los Angeles.  The representative declined to provide more details.

Green Acres Mall in Valley Stream is owned by the Macerich Company, a Santa Monica, California-based real estate investment trust that did not respond to requests for comment.

Enclosed shopping malls across the state have been closed since at least March 19. For weeks, business owners and elected officials had expected malls to reopen on the first day of Phase 4 — which was Wednesday on Long Island — only to have Cuomo last week put them on hold, saying the state needed to explore additional health and safety precautions.

On Wednesday, the governor said enclosed malls outside of New York City can reopen starting Friday as long as they have air filtration systems with a Minimum Efficiency Reporting Value, or MERV, rating of 13 or the highest rating compatible with the system, but not less than a MERV 11 rating.

“So, what we're saying is — the best filter that we would like to see installed is what's called the MERV-13. It goes to the density of the filter and what it can actually filter out. MERV-13 filters out the COVID virus. Some systems can't take MERV-13, so it's either 13, 12 or 11,” Cuomo said.

MERV 13 filters remove a larger fraction of particles of the size that could contain viruses each time air passes through them, so they remove infectious material from the air faster than a MERV 11, said William Bahnfleth, chair of the Epidemic Task Force for the American Society of Heating, Refrigerating and Air-Conditioning Engineers, or ASHRAE, which created the MERV standards.

ASHRAE recommended a minimum MERV 8 for general indoor air quality control in buildings before the pandemic but now recommends MERV 13 for infection control, said Bahnfleth, who is also a professor of architectural engineering at Penn State University.

Depending on what HVAC system a mall has, upgrading to MERV 11 or 13 might pose a challenge, Bahnfleth said.

“The main challenges are the cost of compliance and the time to comply. If it is not possible simply to switch filters from lower to higher efficiency, the cost of modifying systems could be significant and delays in ability to open might ensue,” he said.

New York state has no minimum filtration requirement for commercial buildings but some local municipalities incorporate the ASHRAE standards into their building codes, said Ed Bricker, a board member of ASHRAE New York and a senior engineering manager at a real estate company in Manhattan.

Since June 10, when Phase 2 began on Long Island, mall stores with their own entrances and exits to the outside were allowed to reopen.  So large department stores, such as Macy’s and J.C. Penney, and a few restaurants, were open, while smaller stores on the interior corridors of malls remained closed.

Store and mall owners and elected officials complained that the state was giving mall anchor stores and retailers in open-air shopping centers an unfair advantage, while state officials maintained that the cautious, slow reopening was necessary, given that New York state was once a hot spot for COVID-19 cases.

“We are happy that the governor finally gave some parameters and specifications on what it takes to safely reopen malls in NY,” Pacific Retail Capital Partners said Wednesday.

Sign up for COVID-19 text alerts Q & A: What's allowed in Phase 4?Activities on college campuses and professional sports, minus the fans, can resume, along with film and television production. See the latest news on the coronavirus, vaccinesKeep up to date with the latest on the global coronavirus outbreak. Get answers to your questions about the COVID-19 outbreak Newsday is committed to answering your questions about the coronavirus outbreak, from the best ways to avoid exposure to who is eligible for testing, and more. Here you'll find links to all our guides. Check back often as we continue to update this page.