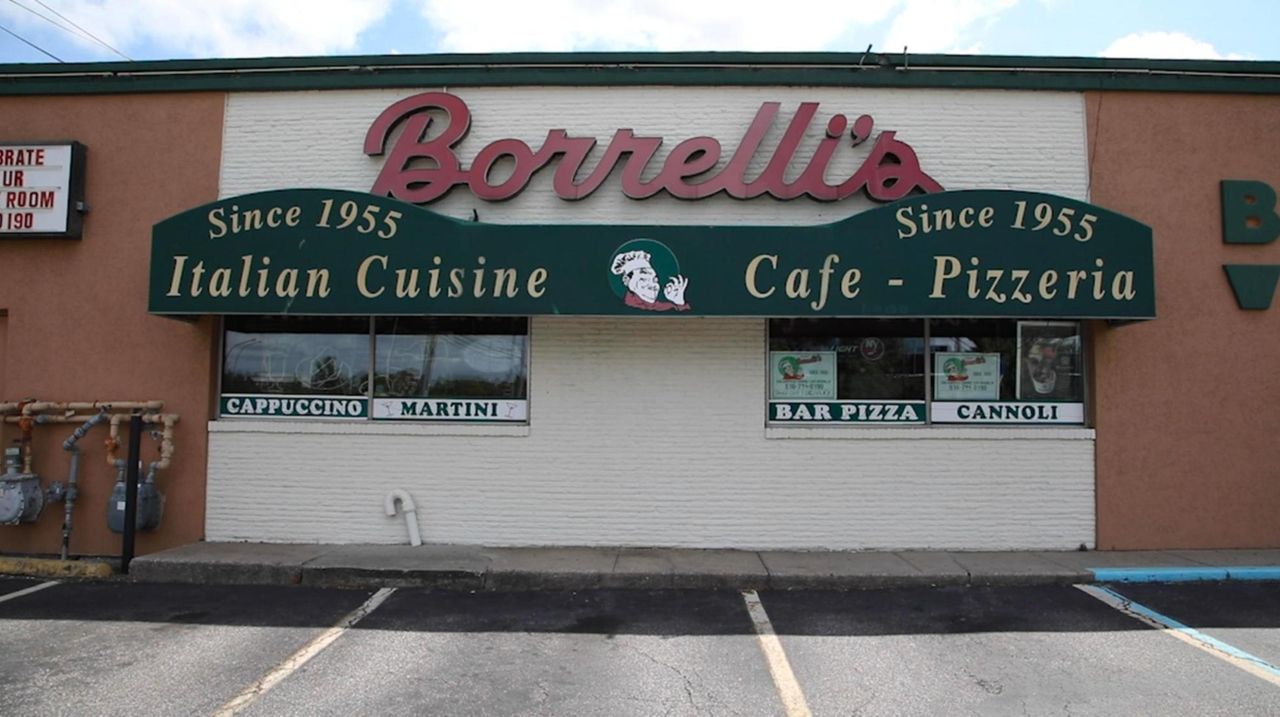 The shuttering of Nassau Coliseum has sent ripples of concern through the area's business community. Borrelli’s Italian Cuisine on Hempstead Turnpike is among the businesses affected by the pandemic and the Coliseum's closure. Credit: Barry Sloan

Uncertainty over the fate of NYCB Live's Nassau Coliseum, shuttered for months by the COVID-19 pandemic, has sent ripples of concern through the surrounding region's business community.

Thousands of workers, scores of restaurants and a major hotel that relied on the Coliseum's economic firepower are in a state of compounded limbo since the arena's operator last month announced it would close the facility indefinitely. Questions over the future of live entertainment and sporting events also cloud the outlook.

Onexim Sports and Entertainment laid off nearly 2,000 workers and said it was seeking to exit its lease and offload $100 million in debt, while Nassau County issued the company a notice of default on more than $2 million in rent and utilities.

Nassau’s urgency in resolving the Coliseum’s financial entanglements comes as the county itself is facing a $749 million budget deficit over the next 18 months directly related to COVID-19 and a sharp drop-off in sales-tax revenues. In 2019, the Coliseum paid the county $6.32 million in rent, utilities, entertainment and other taxes. Annual revenue for the Coliseum was expected to exceed $50 million, the Nassau Industrial Development Agency predicted in 2017, as the facility underwent a $180 million renovation, according to The Real Deal, a real estate news website.

Last week, Nassau County Executive Laura Curran offered a note of hope, announcing "progress" in negotiations to have Onexim's lender, a Jupiter, Florida-based company called U.S. Immigration Fund, assume the lease. Curran said the parties "are on a path to bring the New York Islanders back to the Coliseum for the 2020-21 season." Newsday has also reported that Oak View Group, which is developing Belmont Park as a venue for the Islanders, has expressed an interest in operating the Coliseum.

It's unclear how soon, or if, the talks will result in a resolution for both the Coliseum and the $1.5 billion project to develop the 77-acre Nassau Hub that surrounds it.

Businesses, former employees and local officials said the Coliseum shutdown has already impacted the area, and are watching the progress closely.

Jeff Greenfield, a Rockville Centre business owner who is vice chairman of the Nassau County Planning Commission, said he was "concerned about the ripple effect on the small businesses surrounding the Coliseum that depend on the Coliseum workers and visitors for the substantial portion" of their business. “They’re trying to recover from COVID-19, and now they have this, potentially dooming their businesses."

Perhaps the single biggest direct impact on a local business hits the Long Island Marriott, located adjacent to the Coliseum in Uniondale. The 615-room hotel drew around $5 million annually from visitors to the arena, or up to 25% of its revenue, including food and beverage sales, an official said. News of the indefinite closure of the Coliseum sent shock waves through the community.

“To see it close after all that renovation was a total surprise to us,” said David Fincannon, chief operating officer for Blue Sky Hospitality Solutions, which owns and operates the hotel. Some 15,000 rooms annually were booked from the Coliseum, which worked with the hotel on sponsorships, he said.

“We were extremely excited about" prospects for redeveloping the Hub, Fincannon said. The Marriott reopened last month and called back 35 of its more than 200 workers, after shutting down in mid-April as the pandemic decimated the hospitality industry. Fincannon said he doesn’t expect a full return to normal until late 2021. “We’ll manage through it and see what happens and who comes in to help them come off the ground,” he said of new potential Coliseum operators.

Family-owned Borrelli’s Italian Cuisine has operated a popular Italian restaurant across Hempstead Turnpike from the Coliseum for 65 years, and it routinely staffs up whenever there’s an event, said co-owner Frank Borrelli.

While closure of the facility represents a big potential loss, he said, it’s only one component of the challenges he’s had to face relating to COVID-19 overall. He’s just beginning to regain ground after building a new outdoor seating area and hosting events under the new 50% capacity rules. The 200-seat restaurant survives by high volume, which has fallen off sharply after the lockdown closed nearby colleges, swimming and skating venues.

“The Coliseum closed once before for 2-1/2 years — we’ve been through this already,” Borrelli said. He survived the arena's renovation by expanding the takeout business and hosting events, comedy nights, birthday parties. “It’s a major thing to have the Coliseum close, but we’re here 65 years,” he said. “We’ll weather the storm.”

It's not just businesses that are affected by the Coliseum's closure. On June 30, Onexim issued 1,419 pink slips to employees, idling ushers, security guards, parking lot attendants and other unionized employees who helped operate the facility. In addition, Levy Premium Food Service, which has operated food concessions at the Coliseum, sent letters to hundreds of employees this month, telling them of its “transition” out of the Coliseum and workers' immediate termination “due to closure of the building.”

Kathy Schneider worked 35 years for a succession of companies that operated the arena's concessions, most recently Levy Premium Food Service. She said most of the Levy workers were part-timers who held primary jobs during the day but depended on the second income from the Coliseum, which paid a “very good salary,” including tips.

“Now they’ve lost that,” said Schneider, noting the second job was essential income for most. “It will impact them greatly. It was a very good job ... It was a chunk of change people are going to lose out on.”

Workers also spent some of their income at local delis, diners and restaurants, she said, and that impact will be felt, too. “That whole area has definitely been impacted by the closure,” said Schneider.

One of the businesses affected is the Green Turtle Sports Bar on Hempstead Turnpike, whose general manager, Carol Weinstein, said it’s hard to weigh just now how deep an impact the current closure has on its business because the bar is only now opening to 50% indoor capacity. But there was no denying the past impact — at least half its revenue came from Coliseum events.

“It was very important,” Weinstein said. “We got a great deal of business from events, Islander games. Right now we’re holding our own. We’re hoping to build our takeout business, which went through the roof during the height of the COVID” pandemic. “We’re hopeful the Coliseum will reopen.”

The closure's ripple effect goes beyond bars and restaurants near the Coliseum.

Chris Pavlatos, co-owner of GreekRave, a Deer Park restaurant that had an agreement with Levy to operate in a food concession inside the arena, said closure of the venue was as big an impact on the marketing of his company's brand as it was on revenue from the Coliseum, which he said didn't always meet early expectations.

“It was a nice thing for us. Our name was being promoted and we had a pretty decent relationship” with the operators, Pavlatos said. “It’s a shame. I feel for these people.”

He’d been considering expanding with Levy at the Barclay’s Center in Brooklyn and was hoping for a better location at the Coliseum, but it’s uncertain if that will happen.

“We were looking forward to a continuing relationship with Levy for other venues, and the Coliseum,” he said. “I don’t know where that’s going to leave us. The whole future of live entertainment and sporting events, no one knows.”

Previously in the space: Mitchel Air Force Base