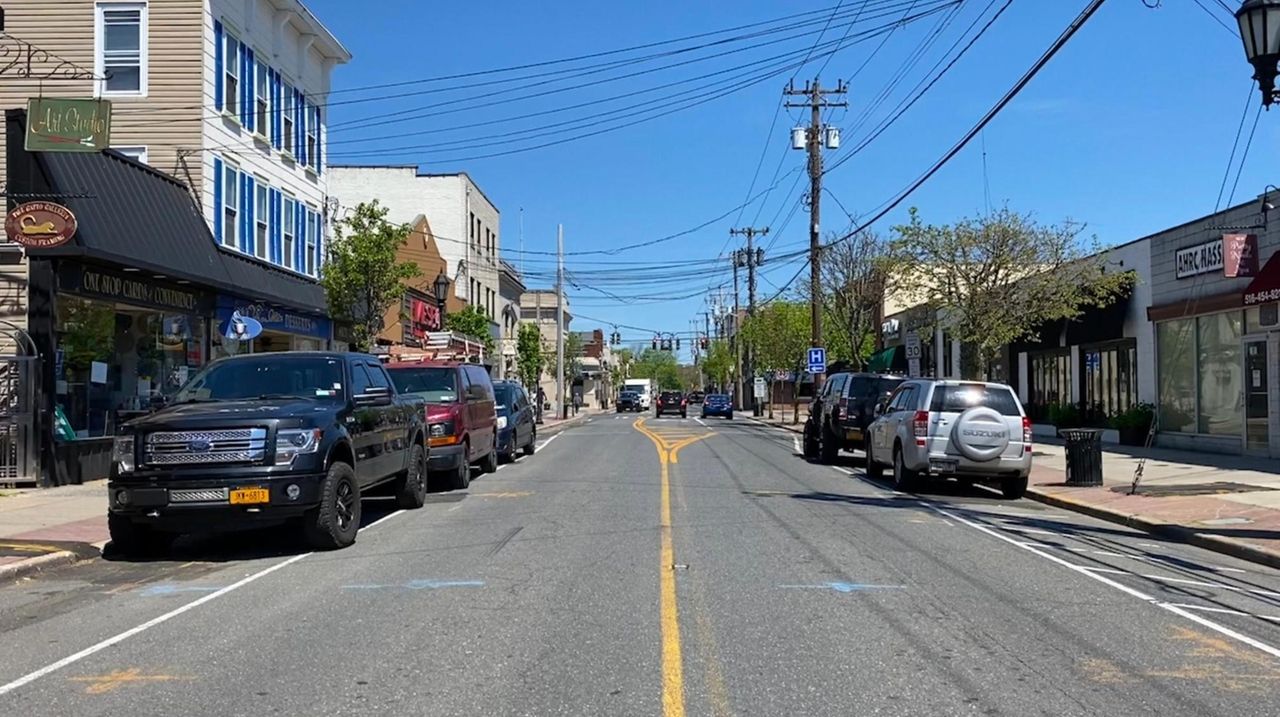 The flagship loan program meant to help small businesses survive the coronavirus pandemic is not working for many of them.

Under the SBA rules, recipients of PPP loans can have the loans forgiven if they use at least 75% of the money for payroll expenses within eight weeks. Otherwise, they must repay the loans within two years.

The loan forgiveness provision was a key draw of the program. However, many shuttered Long Island businesses have no need to recall furloughed workers yet, since they still can't reopen. If they don't have their loans forgiven, they say it will be difficult if not impossible to repay them so quickly.

Neither rule -- the 75% requirement or the two-year payback term -- was included in the CARES Act, which established the PPP in March.

An independent watchdog found the regulations, created by the SBA and the U.S. Treasury Department, are in conflict with the intent of the law.

In Garden City, attorney Jayson A. Wolfe said the loan rules don't fit the circumstances in which he and other small business owners find themselves.

"I'm being told to pay employees that I have no work for, and to use this money now instead of when I really need it after I reopen the office," he said. The SBA and Treasury officials who wrote the PPP regulations "clearly didn't ask any small business owners about how we could use this money most effectively."

More than 281,000 businesses in New York State have secured about $38 billion in PPP loans so far, according to SBA data. Many have been closed since mid-March due to Gov. Andrew M. Cuomo's shutdown of nonessential activity.

Wolfe and other small business owners in Nassau and Suffolk counties object to the SBA mandate that they recall all laid off or furloughed workers before the economy reopens, and spend no more than 25% of PPP funds  on other pressing bills such as rent, utilities and insurance — and the independent watchdog agreed with them.

The SBA rules “did not align with the allowable use requirements for PPP loans" as set forth in the CARES Act, SBA Inspector General Hannibal "Mike" Ware wrote in a 40-page report this month. “SBA’s requirements could result in an unintended burden to the borrowers.”

Specifically, Ware said “the [CARES] Act did not create any restrictions on the portion of the loan that needed to be used for payroll” for the entire loan to be forgiven. And, “the Act allowed for a maximum maturity of up to 10 years” to repay the PPP loans, not two years, he said in the report requested by three Senate Democrats.

A review of 1.7 million PPP recipients from April 3-16 shows “tens of thousands of borrowers would not meet the 75% payroll cost threshold and would therefore have to repay the amount of nonpayroll costs in excess of 25% in less than two years,” Ware said.

An SBA spokeswoman did not respond to emails requesting comment.

When SBA administrator Jovita Carranza and Treasury Secretary Steve Mnuchin issued the 75% rule last month, they said it “is an appropriate percentage in light of the [CARES] Act’s overarching focus on keeping workers paid and employed.”

Wolfe, the Garden City lawyer, wishes he could put more of his $22,100 PPP loan toward office rent because payroll expenses for two months won’t meet the 75% threshold for loan forgiveness.

Besides Wolfe, Greco & Wolfe Attorneys at Law employs a paralegal, who is being paid with PPP funds, and a secretary who -- thanks to the federal $600-a-week bonus for unemployment insurance recipients  — is making more on unemployment than her weekly wages. The law office closed March 20.

“I’m allowed $5,500 for rent and I cannot possibly spend the other money in eight weeks on payroll expenses because I don’t have the staff,” Wolfe said. “So, it’s impossible for my loan to be forgiven entirely.”

Wolfe specializes in elder law, which often requires in-person meetings with multiple generations of a family; those meetings aren’t possible because of the coronavirus pandemic. “I don’t know when I will be back in my office,” he said.

Wolfe said the PPP regulations weren’t made clear to him during the loan application process. “The problem with the PPP is the lack of information, and then after you apply, the information changes,” he said.

In the absence of clear and consistent PPP rules, some small businesses are returning loans or forgoing the program, according to the American Institute of Certified Public Accountants, the small business advocacy group National Federation of Independent Business and national groups representing construction companies, engineering firms and wholesalers.

While the first $349 billion in PPP loans was snapped up in two weeks, "demand for PPP loans has all but dried up" in Round II of the program, which began on April 27, the groups said, adding SBA "needs to immediately revise its recent guidance to better mirror the PPP's intent."

More than seven in 10 loan recipients said SBA's regulations were either very difficult or difficult to understand, according to a poll of 685 NFIB members across the country on May 18. Nearly five in 10 said they wouldn't be able to use all the PPP money in eight weeks.

Under the program, banks and other private lenders make federally guaranteed loans of up to $10 million, generally to businesses with 500 or fewer employees. Congress has authorized $659 billion in guarantees so far. The loans carry a 1% interest rate. Newsday has secured a $10 million PPP loan.

SBA and Treasury released the 11-page PPP loan forgiveness application on May 15, six weeks after the program started. At the same time, less than a mile from SBA headquarters, the House of Representatives was passing a new $3 trillion stimulus package, called the HEROES ACT.

The legislation would eliminate the 75% payroll expense threshold for loan forgiveness and give borrowers a minimum of five years to pay back the money, according to a synopsis prepared for lawmakers.

The bill would also extend the period for using PPP funds to 24 weeks, and allow borrowers to choose when to start the 24-week clock as long as they use the funds by Dec. 31. Under the current SBA regulations, borrowers must use the full loan amount within eight weeks, and the clock starts ticking as soon as the money hits their bank account; the funds must be used by June 30.

The legislation faces an uncertain future in the Senate, where Senate Majority Leader Mitch McConnell has said the price tag is too high. Bipartisan groups in both houses are lobbying to remove the PPP remedies from the HEROES Act and vote on them separately.

“The smaller small businesses, especially restaurants, doctors, dentists, electricians, plumbers and other Mom and Pops, need more time over which to spend this money and more flexibility,” Suozzi said.

Democratic minority leader Chuck Schumer, one of the lawmakers who requested the SBA inspector general's review, said, “We will keep demanding accountability and action on the HEROES Act, which includes robust reforms to the PPP program.”

The owners of Herrell’s Ice Cream shop in Huntington village chose not to apply for a loan during the PPP’s first round because they didn’t see how they could use the money while being closed. “You have to use the money right away and it doesn’t make sense to pay our teenage staff when we don’t have work for them,” said Rick Meuser, who opened Herrell’s with his wife, Cathy, a dozen years ago.

The couple is seeking less than $25,000 in the second round of PPP. If they secure a loan, Meuser said he hopes to be able to open the store when the money arrives.

“I want to use the funds when we’re back up and running, when I need to pay people and to pay bills,” he said. SBA also should consider “having even more favorable forgiveness terms, knowing what small businesses will be facing over the next couple of years trying to survive.”

The PPP's biggest shortcoming is that it's one size fits all instead of being tailored to the needs of each region, said Etan Walls, chief operating officer of Allied Physicians Group in Melville, which says it's the country's largest independent pediatric medicine group.

Allied and its sister company Adjuvant.Health, where Walls is CEO, received a loan of more than $2 million to sustain their workforce, which totaled just over 500 people in the metropolitan area before the coronavirus outbreak. He said about one third have been laid off or furloughed.

"The loan is a bridge for us and for our patients, to keep the doors open," Walls said. Allied operates 35 medical offices, including 23 on Long Island. "We're grateful that we got this money, but they weren't clear about any of the regulations -- especially forgiveness" of the loan.

He's concerned about the time frame in which PPP funds must be used. "Eight weeks is not a sufficient period, in the epicenter of the pandemic, to be able to utilize these funds," he said. "We probably won't use all of the money."

Walls said the PPP, like relief efforts established in previous national calamities, "is very well intentioned, but the devil is in the details."

SBA's regulations vs. the law

• SBA and the U.S. Treasury Department are requiring 75% of PPP loan funds to be used for payroll expenses for the loan to be forgiven completely — but no such threshold was stipulated in the law.

• SBA didn’t tell banks and other private lenders to prioritize loans to minority- and women-owned businesses and those in rural areas, as the law directed.

SOURCE: May 8 Flash Report of SBA’s Implementation of the Paycheck Protection Program Requirements