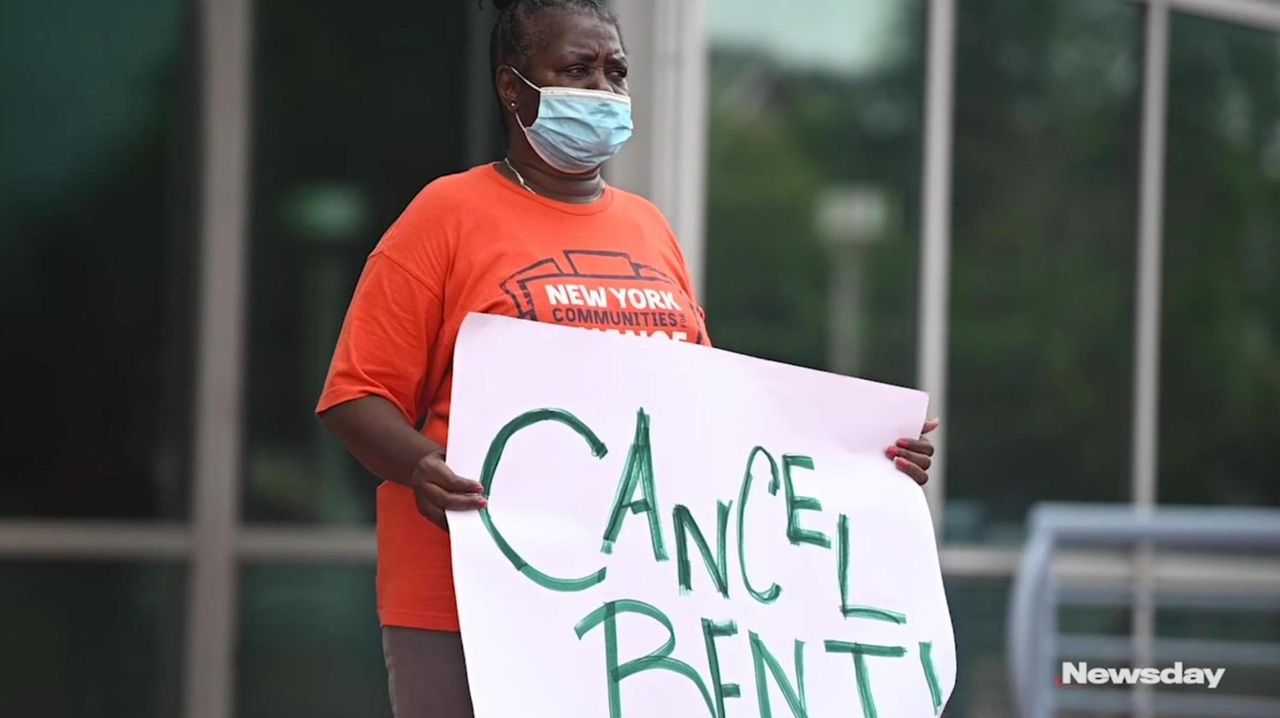 Protestors from New York Communities for Change gathered outside the office of New York State Sen. Kevin Thomas in Garden City to rally for rent and mortgage cancellations on Long Island in light of the pandemic.  Credit: Newsday / Steve Pfost

Protesters from the Hempstead Chapter of New York Communities for Change, a group focused on fighting economic oppression, said Thomas — who represents the 6th District, which includes Hempstead — should sponsor three bills.

Peggy Perkins, 37, is concerned about neighbors in Hempstead who have lost income and are struggling to pay rent. She said the government's pandemic relief has largely excluded undocumented New Yorkers and not fully addressed tenants' needs.

"If we don't act now, it will be too late," said Perkins, who works in credit repair. "Sen. Kevin Thomas must sponsor and pass these three bills today."

One measure would suspend tenants' and small homeowners' rent and mortgage bills from March 7 — when the governor declared a state of emergency — until 90 days after the emergency ends. The second bill would bolster the eviction moratorium currently in place by halting evictions and foreclosures for a year after the state of emergency ends. The final proposal would provide rental vouchers to New Yorkers who have lost or are at risk of losing their homes.

Thomas was not in his office. His spokeswoman Emily Mancini said the senator would be happy to discuss the proposals with the protesters. But she said Thomas would refrain from backing bills until his conference met and discussed several COVID-19 relief proposals.

No residential evictions may be issued until Oct. 1, according to a memo New York State Chief Administrative Judge Lawrence Marks released Wednesday.

In June, 85% of residential landlords surveyed by the Association for a Better Long Island reported that they collected rent from at least 90% of tenants; 40% had payment rates comparable to pre-pandemic norms.