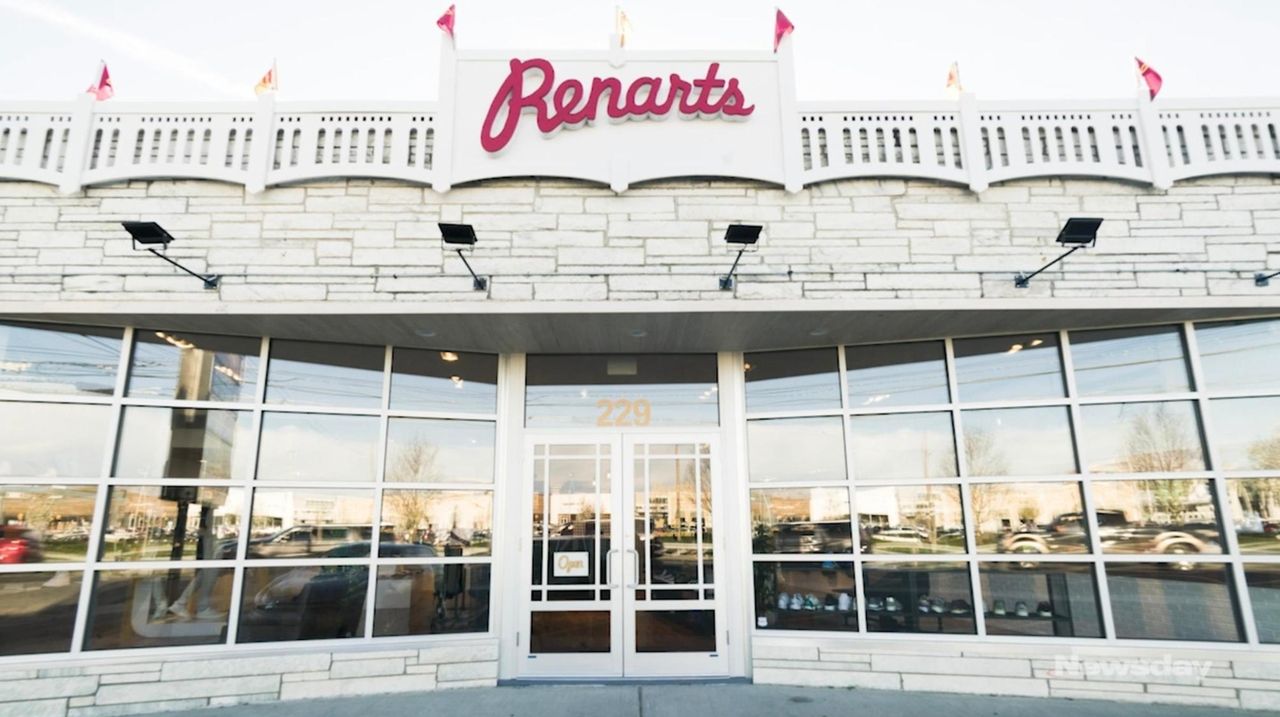 January and February were the best months of business at Painting with a Twist in Selden since Nancy Cohen opened the franchise in April 2018.

“We were just turning that curve of a new business, doing really well, and getting out of the break-even stage,” said Cohen, whose shop lets groups of customers sip alcohol while taking casual painting classes together.

By mid-March, Painting with a Twist’s fortunes had changed, since the coronavirus pandemic led to a decline in customers, followed by a complete shutdown due to state-mandated closings of non-essential businesses effective March 22 to help stop the spread of the virus.

Painting with a Twist and other tenants in shopping centers and malls across the state weren’t able to pay their rents April 1 because of the business losses. Gov. Andrew M. Cuomo issued a 90-day moratorium on residential and commercial evictions March 20, but many retailers and landlords are wondering what happens after that.

Landlords and real estate management firms say they are working with retail tenants that are seeking rent deferrals and abatements on a case-by-case basis, but commercial property owners still have to contend with their own costs, including mortgages and property taxes. Several said they are encouraging tenants to take advantage of small business aid included in the new federal stimulus package.

“Somebody is going to be left holding the bag here. … Everybody is asking for relief,” said Kenneth R. Schuckman, president of Schuckman Realty Inc., a Lake Success-based real estate firm.

The types of retail tenants seeking help vary from small businesses to large chains. While landlords in general are willing to work with tenants, some might find their hands tied, said Darren Leiderman, executive managing director in the Jericho office of Colliers International, a commercial real estate services company.

“Some landlords might need lenders’ approval to grant relief, depending on how their financing is structured,” he said.

In Manhattan at a March 30 press briefing on the coronavirus response, Cuomo stressed that his moratorium barred evictions for 90 days because of rent non-payments but won’t wipe out debts.

“It’s not that you won’t owe rent at one time, right, because you signed a contract and even the people to whom you pay the rent have to pay the rent, right, and they have expenses. So, no evictions for nonpayment of rent, and then we’ll see where we are and we’ll see how long this goes on," Cuomo said.

Basser-Kaufman is a Woodmere-based real estate firm that owns Carle Place Commons on Old Country Road, Oceanside Plaza on Long Beach Road and about 40 other shopping centers on Long Island and in New Jersey, Connecticut and Massachusetts.

“We have gotten a lot of requests [from tenants] for rent deferral or abatement,” said Steven Kaufman, principal at Basser-Kaufman.

“We’ve informed all of our tenants that we can’t make any decisions on this until we see what type of relief we can get from our lenders,” Kaufman said.

The company is encouraging its tenants to take advantage of government relief, including the federal stimulus package approved last month, he said.

Included in the $2 trillion Coronavirus Aid, Relief, and Economic Security Act, or CARES, is the $350 billion Paycheck Protection Program. Small businesses — those with no more than 500 employees — can apply through their banks to receive up to $10 million each in low-interest loans to keep employees on their payrolls, said Steve Bulger, regional administrator for the U.S. Small Business Administration who oversees the agency’s operations in the Atlantic and Mid-Atlantic states.

The funding also can be used to pay rent, interest on mortgage payments and utilities.

The money doesn’t have to be repaid as long as the employer retains 75% of its employees, Bulger said.

“This is the centerpiece under the CARES Act for small businesses,” he said.

An older SBA program, the Economic Injury Disaster Loan program, re-opened a few weeks ago. It allows hundreds of thousands of small businesses to apply for loans through the SBA. Small businesses can borrow up to $2 million and have up to 30 years to pay it back; repayment is deferred the first year, Bulger said.

Cohen, whose rent for Painting with a Twist is $4,700 monthly in Selden Plaza, applied for the disaster loan aid March 30 and planned to apply for the Paycheck Protection Program when it opened Friday, she said.

She asked her landlord for rent relief a few weeks ago but he has not responded — and he has not asked her for April’s rent, she said.

Ripco Real Estate, a Manhattan-based firm with a Jericho office that manages leasing for Selden Plaza, did not respond to requests for comment.

Cohen has already laid off her seven part-time employees. She’s hoping that the nature of her business, a non-essential leisure activity, will not prevent the shop from returning to profitability when it reopens, she said.

All but the Renarts in East Northport are in leased spaces.

In order to maintain most of its employees, 23 of whom are still on the payrolls at the Long Island stores during the temporary shutdowns, TSG did not pay the approximately $40,000 in rent that was due April 1 for the three stores it leases, Amin said.

“Our greatest priority is our people. … I’m hoping there’s an extended period of deferral (for rent) or full forgiveness,” he said.

Business is down at least 60% at retailer France & Son since its three home furnishings stores — in Tanger Outlets Riverhead, The Gallery at Westbury Plaza in Garden City, and in Manhattan — closed temporarily a few weeks ago, owner Kevin Wu said.

He has been able to keep operating the warehouse he owns in Farmingdale because it fulfills online orders, he said.

He could not afford to pay the $70,000 total in rent for the three stores April 1, he said.  Wu would like the rent to be waived until it’s legal for the locations to reopen, and he has asked all three of his landlords for relief.

The landlord for the Riverhead store, Tanger Factory Outlet Centers Inc., suggested that Wu use his business interruption insurance coverage, Wu said.  But his insurance company said he can't use that coverage for his losses, Wu said.

Tanger also offered to defer Wu’s April and May rent and allow him to pay it in January and February 2021, he said.

“It was hard enough to pay rent as it was. … paying double rent next year in January and February is not necessarily going to make it easy,” Wu said.

The landlord for his Chelsea store offered to defer a small fraction of the rent, $5,000, until June, he said.

The company is still reviewing France & Son’s case, which is among a “heavy influx” of requests for rent relief the company is assessing, Regency spokesman Eric Davidson said.