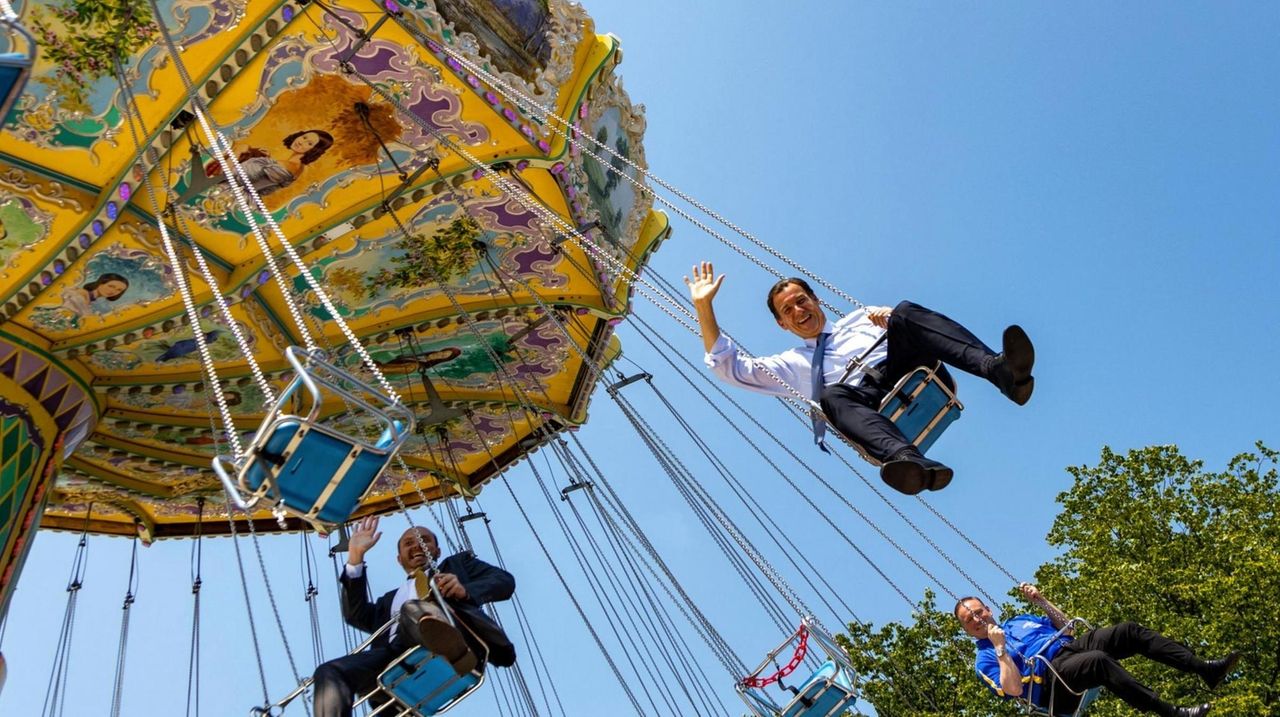 Owners of amusement parks and carnivals on Long Island called for their inclusion in a federal COVID-19 grant program for entertainment venues on Wednesday, though nearly two thirds of the dollars already have been committed.

The $16.2 billion Shuttered Venue Operators Grant program, or SVOG, offers independent movie theaters, concert halls, performing arts centers and other live entertainment venues up to $10 million per applicant for unpaid bills from the pandemic — but not outdoor amusement companies.

Executives of Adventureland amusement park in East Farmingdale and carnival operator Newton Shows in East Northport, joined by two congressmen, said they want Congress to quickly pass the Family Fun Act, which would make them eligible for the shuttered venues grant. The U.S. Small Business Administration runs the program.

"Yes, we’re back in business today but we lost a whole year and have bills to be paid," said Steven Gentile, co-owner and president of Adventureland. "It would be a huge help to us to be included in this program" because the amusement park was closed for more than 500 days.

Rep. Andrew Garbarino (R-Bay Shore), who serves on the small business committee, said the SVOG will probably have about $5 billion for grants to outdoor amusement businesses if Congress and President Joe Biden approve the Family Fun Act, which Garbarino has introduced.

Besides amusement and carnival companies, the legislation would extend SVOG eligibility to arcades, concession stands and bowling alleys. Members of the House’s Democratic majority who support the bill, include Reps. Thomas Suozzi (D-Glen Cove) and Kathleen Rice (D-Garden City).

"The amusement park industry has been largely neglected by [federal] pandemic relief funding," Garbarino said in a news conference at Adventureland with Suozzi and business owners on Wednesday.

Suozzi agreed, saying "it’s time to right that wrong…Operators of rides at carnivals and amusement parks were crushed by COVID."

The Family Fun Act hasn’t yet been introduced in the Senate and a spokesman for Sen. Chuck Schumer (D-N.Y.), the majority leader, didn’t immediately respond to a request for comment.

Matt Coleman, a spokesman for SBA’s Region II, which includes New York State, said the agency doesn’t comment on bills until they are signed into law by the president.

"The SBA has begun sending notices of awards to approved applicants" in the SVOG, he told Newsday. "We have hundreds of SBA staff working around the clock to continue processing, approving and disbursing funds."

Mike Newton, president of Newton Shows, which provides carnival rides to church festivals, downtown fairs and other community events, said his company "fell through the cracks when it came to eligibility" for SVOG. Most of Newton's events this year and all of them last year were canceled to slow the coronavirus’ spread.

"It's hard to get going again but we will get going," he said.