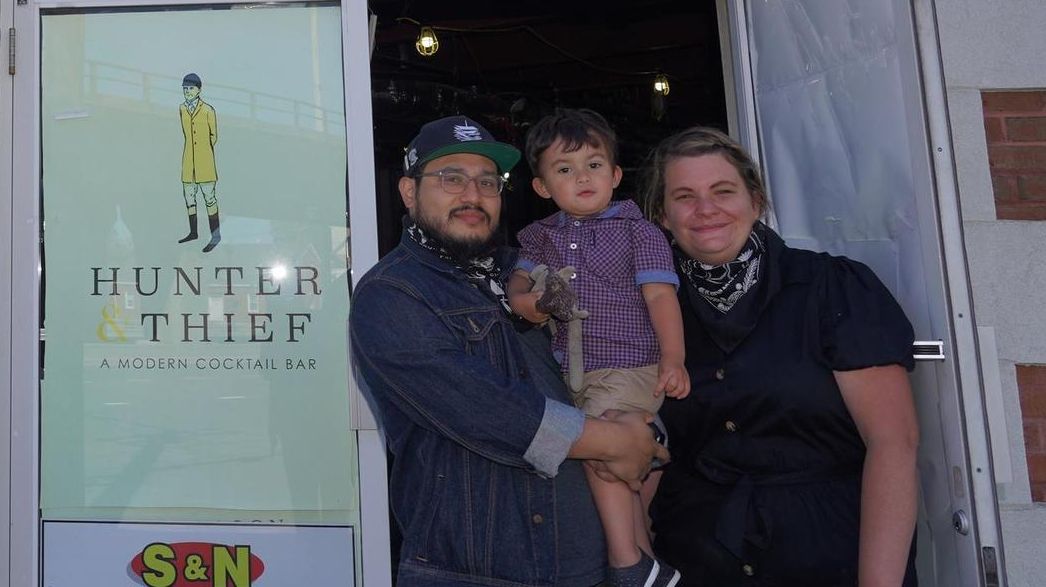 Some of the businesses hit hardest by the COVID-19 shutdown are those that opened just before — or planned to open after — New York's pause took effect. Credit: Debbie Egan-Chin

The COVID-19 pandemic has impacted small businesses across Long Island, but among the hardest hit have been startups that opened in the months and weeks just prior to the shutdown, as well as those that planned to open in the spring.

These first-time business owners have faced unique financial hurdles during the pandemic. Because they are so new, bankers are hesitant to lend to them, and federal and state disaster relief loans are often limited to more established businesses.

“It’s really sad and it’s really frustrating,” said Gabrielle Gonzalez, 35, who with her husband, Jonathan, 34, had planned to open their first business, a cocktail bar called Hunter & Thief, in Lindenhurst in April. They were in the middle of renovations when construction shut down in mid-March.

“This was absolutely the wrong time to be opening a bar,” she said. “Your chance of survival when you’re opening up a bar or restaurant is slim to begin with. Now you’re met with a lot more adversity.”

The couple had to begin paying rent on their business in March, and their partner’s investment was tied to construction projects that were also halted due to the virus. Gonzalez and her husband both work in the food service industry and have been laid off during the shutdown.

“The money stopped coming in and we’re in this unique position where you can’t get any help financially because you haven’t opened, so you’re not eligible for any disaster relief,” Gonzalez said. “We’re just in a holding pattern right now.”

Bernie Ryba, director of the Stony Brook Small Business Development Center, said owners on the cusp of opening up were put at a severe disadvantage with the timing of the COVID-19 shutdown.

“They probably borrowed from friends and family, took out a home equity loan to start the business and they’re out several hundred thousand dollars, and then they find out they can’t open because of the pandemic,” Ryba said. “You’re making all these purchases in December, January with the expectation that there’s a March or April opening. Now you’re sitting on all of this equipment.”

‘It was looking promising’

For Vinay Arora, 30, there was just too much debt. Arora opened his kickboxing and boutique fitness gym Striking 101 in Farmingdale in December. Like many new businesses, he said it took some time to build clientele, but by March his classes were packed.

“It was looking promising,” he said. “It was many months of hard work finally coming to fruition.”

Then the shutdown happened. Arora was hopeful it might only last a month, but by the end of April, with no clear opening date on the horizon, he made the decision to permanently close his business.

“To have no income coming in and pay my rent at home, car payments, insurance, I couldn’t just rely on the government telling me when they’re going to fully open up,” Arora said. “I saw that it was a long road ahead of me and I couldn’t keep up with all the bills. It just made more sense financially to just shut down.”

Matt Coleman, spokesman for the U.S. Small Business Administration’s Region II, said that to be eligible for COVID-19 relief through the agency's Paycheck Protection Program (PPP), which is primarily for payroll expenses, businesses had to have been in operation prior to Feb. 15. To qualify for the SBA's Economic Injury Disaster Loan (EIDL) program, which is accepting applications until Dec. 21, a business can have opened later than Feb 15 but cannot use the loan for the same purpose as the PPP loan. Businesses that received either of those loans are ineligible for the new New York Forward low-interest loan program. Of the three disaster relief loans, only PPP and EIDL have the potential for some loan forgiveness.

Ryba said new businesses have had a tough time getting approval for these programs, since some, such as the EIDL program, are looking for tax returns and “some kind of history. If you haven’t opened or only opened for a couple of months, it doesn’t bode well.”

Erica Chase, director of the Farmingdale Small Business Development Center, said the EIDL program also requires that businesses have had some revenue, and for many startups, “there is no revenue yet, just expenses.”

She said new businesses also face difficulties in securing traditional loans from banks, which have become more skittish about lending since the outbreak of COVID-19.

“There’s a big unknown with what the consumer will want and need when they are able to go back into these establishments,” Chase said. “The banks are probably going to go back to the days where they want to see a lot of collateral, like they did in 2008.”

Taking it day by day

Even new businesses that were deemed essential and allowed to stay open these past few months remain concerned as they try to adapt to the new pandemic landscape.

James Diele-Stein, 38, and his husband, Ron Diele-Stein, 48, opened up Patch Print Ship & More in Patchogue on March 16. The couple didn’t even have time to hire any employees so they operated the store themselves. The first week was slow, James Diele-Stein said, and by the second week they were having panic attacks about whether they were putting their health at risk for the business.

“We started wondering, is it really worth it being open?” he said. “But we just said to ourselves, we have to focus and continue to do our job till we can’t do it anymore.”

Business has not been what they imagined, with the first several weeks consisting of parents looking to print voluminous school packets for at-home learning. These days they are inundated with requests for banners and lawn signs for graduates in the Class of 2020.

“We don’t really know how to gauge how our business is doing because we opened during a pandemic,” James Diele-Stein said. “We’re staying afloat and are able to at least pay back some of the loans we have. We just take it day by day and just hope we’re doing right by the community.”

For other essential business owners, the past three months have been a continuous struggle.

Chris Permiceo, 45, opened Family Tire and Auto Repair in Westbury in November. His business had started taking off in March, he said. But as fears about the virus grew and people kept their cars parked, Permiceo’s customers plummeted from about 50 per month to only four or five each month in April and May.

“Once COVID-19 hit, my business just dropped out from under me,” he said. “I took one step forward and six steps backwards.”

Permiceo said he is living month to month right now. “When I opened I had a cushion, and now my cushion is gone,” he said.

For many first-time owners like Permiceo, their brick-and-mortar businesses are the fruits of a lifelong dream, and despite the obstacles brought by the pandemic they remain optimistic.

“This is something I dreamed about for many, many years,” Permiceo said. “I’m not throwing the towel in yet. I still have the opportunity to make my dreams happen.”