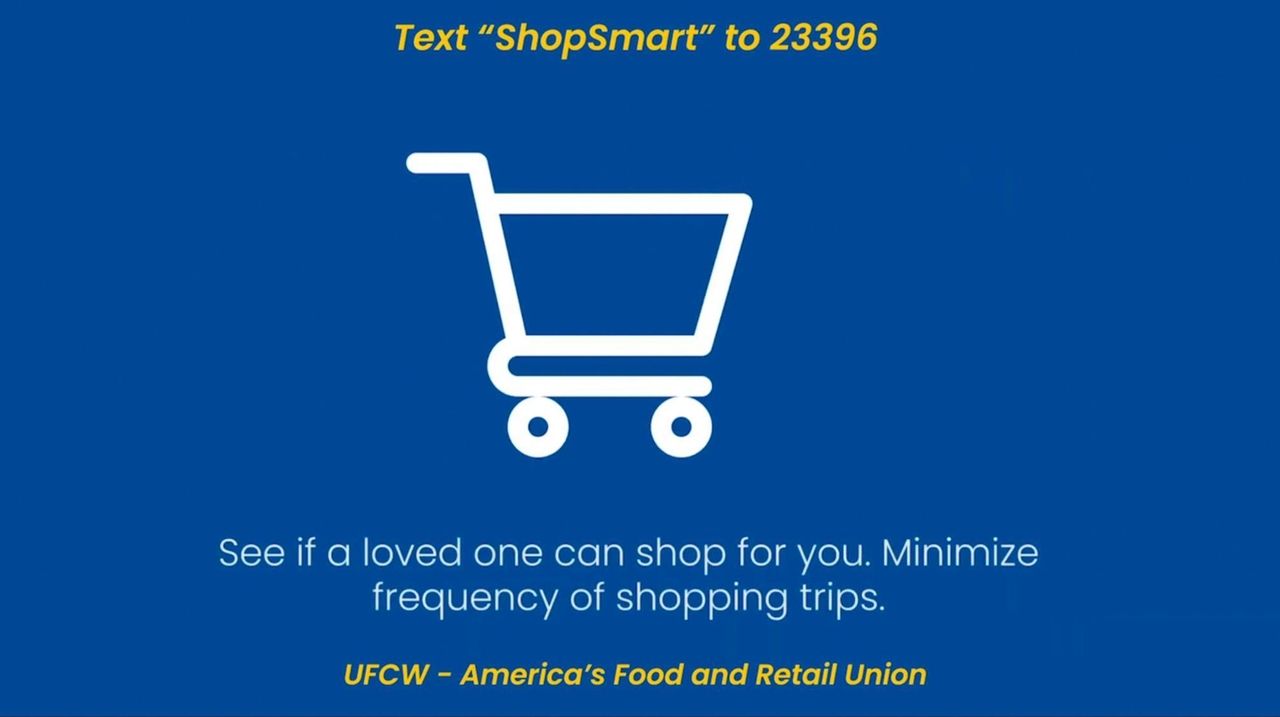 The biggest health threat to grocery employees working during the coronavirus pandemic is careless customers, the president of the nation’s largest food and retail union said.

“This is about life or death.  Workers are being exposed and they are dying,” Marc Perrone, president of the United Food and Commercial Workers International Union, said during a call with the media on Monday.

The union represents 1.3 million workers in food and retail, including more than 900,000 in the grocery industry.  Thirty union members have died from the coronavirus and nearly 3,000 aren’t working because they are sick or have been exposed to infected people, Perrone said.

The UFCW could not provide a state or local breakdown of how many grocery employees have been affected as of Monday but the union is calling for government, retailer and public action to do more to protect grocery employees working on the front lines during the pandemic.

The UFCW has launched a #ShopSmart campaign, which includes online and TV commercials, to help stop the spread of the virus.  The campaign asks customers to pledge to wear masks, even if homemade, and gloves while shopping; keep 6 feet of distance from others in stores; and dispose of their used masks and gloves in garbage cans, instead of leaving them in shopping carts or on the ground outside stores.

Customers are also being asked not to go to stores if they feel sick; reduce the number of trips to stores; have only one member of the household do the shopping; and use credit/debit cards instead of cash.

There were 174,600 union and non-union grocery store employees in New York State, including 30,600 on Long Island, in January, according to the most recent data from the U.S. Bureau of Labor Statistics.

Frustrations on the part of shoppers have exacerbated problems for store employees, the union said.

In a recent UFCW survey, to which more than 5,000 grocery and retail workers responded, 29% said customers had treated them somewhat or very poorly and 43% reported incidents of customers shouting at employees.

The survey also found that 85% of respondents said customers are not practicing social distancing, 81% are hoarding products and 62% are blaming store workers for shortages.

“While I maintain my composure while I’m here at work, the fear that we feel here is absolutely real,” Gregg Finch, the lead shop steward for UFCW Local 1500 at a Stop & Shop grocery store in Queens, said on the call Monday.

“We worry about catching this virus and possibly taking it home to our loved ones.  And unfortunately, we don’t have a choice.  We have to work.  We depend on this job to pay our bills.  And we also know that we are needed,” said the Brooklyn resident, 44, a full-time produce clerk.

New York State has been hit hard by the coronavirus, with infections centered around the metropolitan area.

The state’s death toll from the virus has exceeded 10,000.

The UFCW is lobbying states to designate grocery workers as emergency first responders so that they can take priority to receive coronavirus testing, personal protective equipment and other emergency benefits.

Gov. Andrew M. Cuomo’s office did not immediately respond to an inquiry about the request.

The union also wants the federal Centers for Disease Control to mandate that all workers wear masks and gloves and that all employers provide those items when they become available.  The CDC could not be immediately reached for comment.