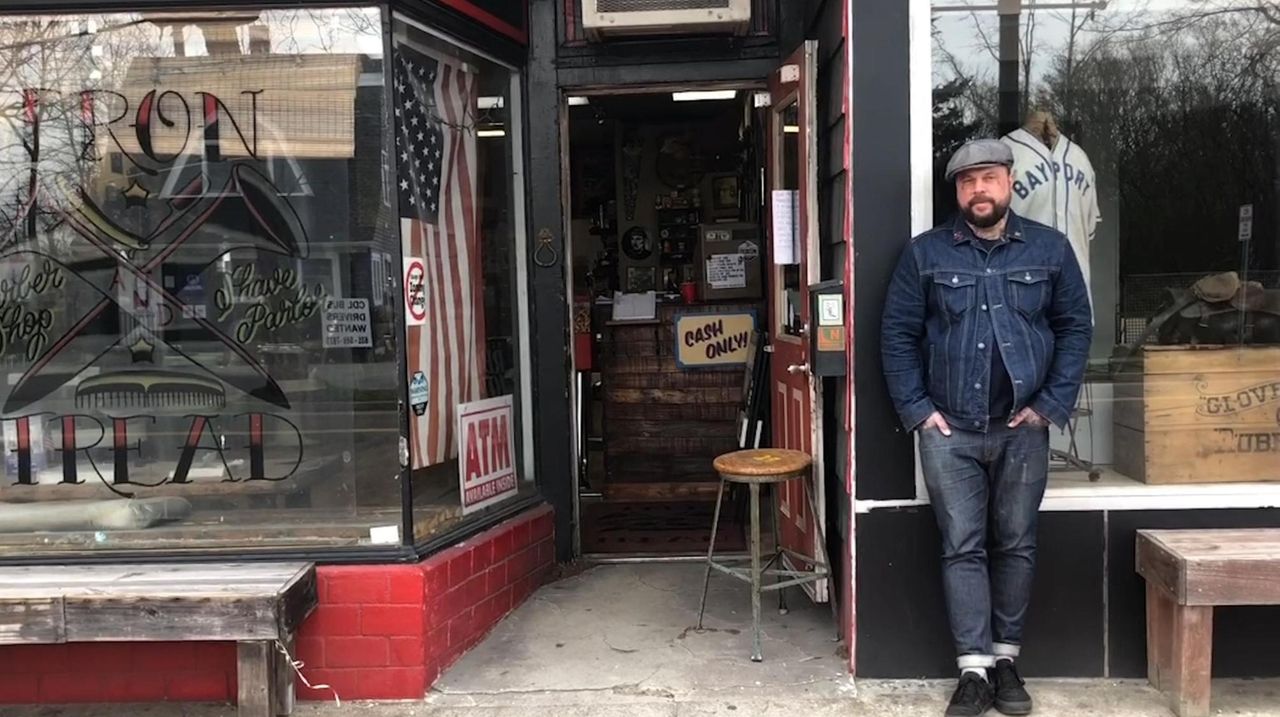 Since the coronavirus hit New York, more than 100,000 Long Islanders have lost their jobs and their incomes. Newsday business reporter Daysi Calavia-Robertson tells some of their stories. Credit: Newsday staff

In the blink of an eye, more than 100,000 Long Islanders lost their jobs and their paychecks.

The March 22 shutdown of hundreds of nonessential businesses left many — whose livelihoods had felt stable just days before — suddenly scrambling to pay rent, make car payments and put food on the table.

More than 100,000 Nassau and Suffolk residents have filed jobless claims since March 23, and the number is rising. While many laid-off workers were stymied by jammed phone lines in their early efforts to apply for unemployment benefits, some have begun receiving checks — but have yet to see the extra $600 a week promised in the federal stimulus act.

About 31% of U.S. adults who anticipate receiving a stimulus check believe the money won't be enough to sustain them financially for even a month, a new survey by financial site Bankrate.com found.

Of the nearly 1,500 polled, about half said they plan to use the stimulus money to help pay monthly bills such as rent, mortgage or utilities, and more than 40% said they'll use the money to buy essentials like food or medicine.

On the Island, some have come up with creative ways to try to make ends meet, while others have resorted to digging into their savings to stay afloat.

Here's how three Long Islanders without paychecks are making do with less:

Jarett Slionski, 40, co-owner of Iron and Tread Barbershop in Sayville, said he and the 10 barbers who work in his shop were left high and dry when the business was ordered to close March 20.

"Most of the guys have kids, families to support," he said. "What are they supposed to do now?"

Slionski, whose wife Elizabeth  is a stay-at-home mother, has four children himself, ages 14, 7, 4 and 3, to provide for.

To do so, he's taken several initiatives to bring in money: He created a GoFundMe page to raise money to pay the barbershop's rent, started selling $100 Iron & Tread gift cards valued at $150, and applied for a Small Business Administration loan.

The GoFundMe page has raised more than $5,000 and the gift cards sold so well Slionski said he had to stop selling them out of fear if he sold too many the business would be in the hole once operations start up again.

"It was great and the GoFundMe is great," he said. "We're grateful because we've gotten a lot of support from the community, but rent for the shop alone is $3,300 a month."

Slionski doesn't yet know if he'll receive the loan he applied for. But he has started receiving unemployment — $300 a week.

Under the federal stimulus act, those who qualify for jobless benefits will receive $600 a week extra, on top of state unemployment benefits. But Slionski said he has yet to receive any $600 checks.  The New York State Department of Labor is swamped, so delays in getting aid are likely.

Elizabeth, who's an artist but had never before sold her work, recently began trying to make money by selling her paintings on Instagram.

But the guys at the shop, "they're not really doing anything, no one is in a position where they can really do anything...just try their best to cut back and not spend the money they do have," Slionski said.

Halle Grossman, 23, of Medford, was only a month into a new job as customer service representative at Hauppauge clothing manufacturer Royal Apparel when she heard the words, "I'm sorry, you're getting laid off."

Grossman, who has a 10-month-old boy, said she spent the next three weeks repeatedly trying to reach someone at the Department of Labor to get help with her application for unemployment.

"My boyfriend does HVAC for corporate buildings in the city, and he lost his job, too. We have a baby at home. We have to buy food, we have to buy diapers, formula," she said.

"I must've called a hundred times a day until I got through."

Earlier this week, she received her first unemployment check: $300.

"It's a lot less than what I'm used to getting in my check from work," she said. "But we're trying to take it day by day."

For now, Grossman and her boyfriend are living mostly off the little money they had saved.

"We're both just waiting for when everything is OK and our jobs call us to come back," she said.

"What else is there to do? I have to stay home with my son. I can't take him to day care. I used to babysit. I can't do that now either. Even most side hustles...there's no healthy, safe way to do them right now, so we wait."

When Alexander, 30, lost his job of 12 years as a pastry chef at a Nassau County restaurant, he didn't have too many options.

Because of his status as an undocumented immigrant from Honduras, he can't easily get hired somewhere else. He isn't eligible for unemployment benefits because, while he pays taxes, he doesn't have a Social Security number and is not authorized to work in this country.

Because of the pandemic, he also can't do most of the off-the-book jobs many in his same legal situation often do: "Cleaning, landscaping, child care, washing dishes — all restaurants are closed to the public, so I can't do any of that," he said.

Alexander, whose 72-year-old mother and three siblings live in Honduras, used to send his family about $400 every month, money they use to buy food and medicine.

Now, he's heartbroken at the thought of not being able to do that anymore.

"Without a job, I just can't," he said, "because in America, you have to pay your bills."

So many of his friends on the Island are in the same boat, he said — "without a Social Security number, without unemployment benefits, with stress, with worry, and without a paycheck."