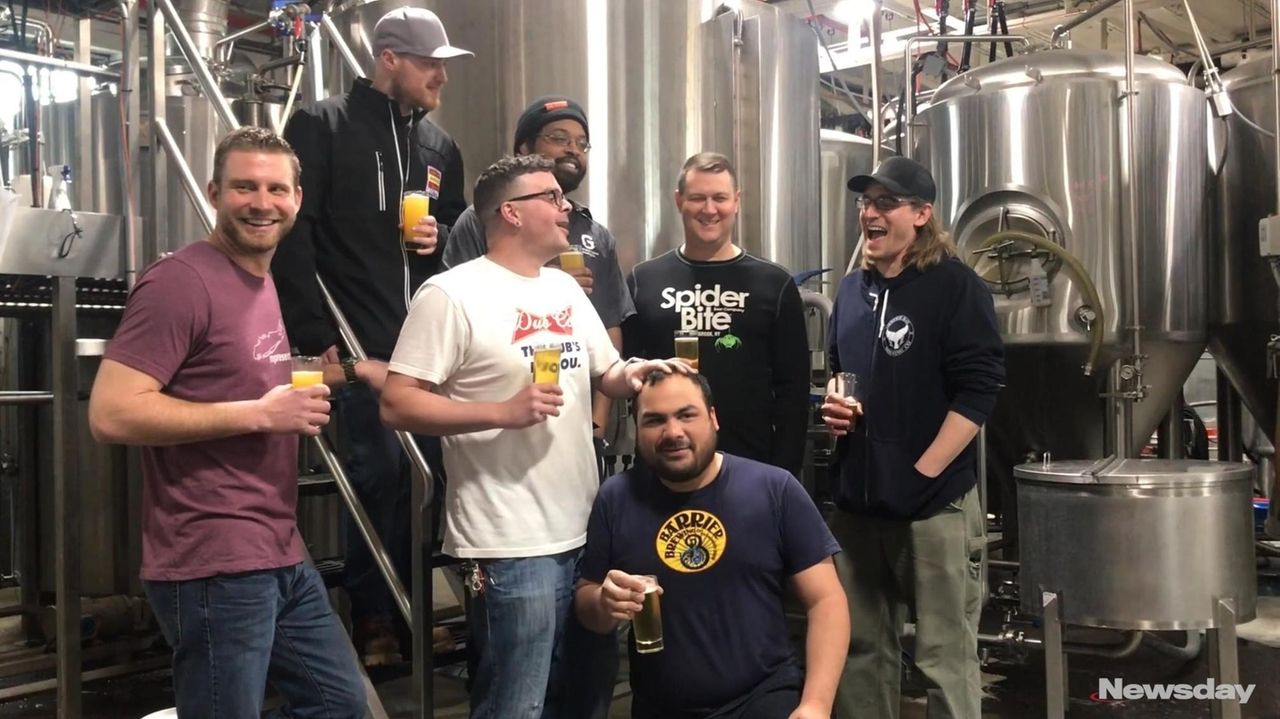 Seven Long Island brewers gathered Thursday at Barrier Brewing Co. in Oceanside, where they will brew a limited-edition beer together, as part of the Local to Locals program, which aims to certify and label products manufactured in New York State. Credit: Newsday / Daysi Calavia-Robertson; Jeff Bachner

That was Mount Sinai resident Andrew Preston's mission when he asked the breweries, which include Bay Shore's Destination Unknown Beer Co. and Holbrook's Spider Bite Brewing Co., to join forces to make an India Pale Ale nicknamed the Hazy.

The collaborative creation of the the beer, which took place on Thursday at Barrier Brewing Co. in Oceanside, is part of a larger plan to help market Preston's newly founded Local to Locals business.

Locals to Locals promotes products that are made and sold by locally and independently owned manufacturers and retailers within New York State, said Preston.

"Our goal is to encourage consumers to shop local and to support local business, from breweries to retailers and manufacturers in other industries," he said.

"It's important to inform people about all the wonderful products being sourced and made in their own communities and to really create that brand awareness for local products."

For brewers participating in the initiative, the opportunity to collaborate on the project was "an honor," they said.

"We've been working with a lot of these guys for many years and are supportive of each other; it's really great to have them all come down here to kick this off," Bobby Carlo of Barrier Brewing Co. said.

"To us, this program represents what we should all be doing ... supporting where you're from."

The beer brewed as part of the Local to Locals program was described by several of its brewers as being an "8.0 percent ABV, New England style Double IPA, with very juicy, citrusy flavors."

Four-packs of the special-edition beer, costing $16.99, will be sold at several Long Island beverage retailers in the beginning of May.