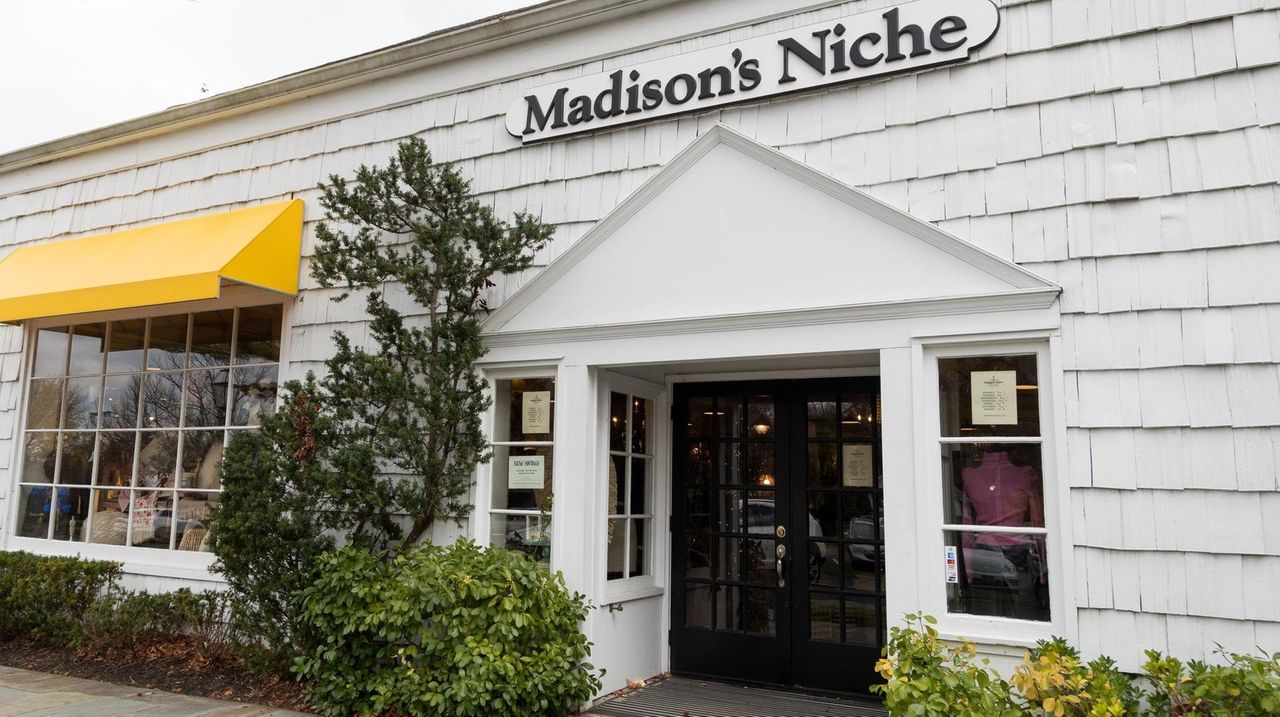 Jennifer Roman of Madison's Niche in Stony Brook, said they were prepared for holiday shopping back in August in order to fulfill orders during Cyber Monday and the holiday season. Credit: Barry Sloan

But sales for the day might not be reaching any new heights for online retail overall, since many consumers began their holiday shopping earlier than usual, due in part to concerns about supply chain issues affecting store inventories.

"Consumers started shopping for the holiday season even before Halloween. That’s when a lot of major retailers started having their Black Friday sales," said Alexa Driansky, a senior vice president in the retail practice at AlixPartners, a Manhattan-based consulting firm.

Already, for the first time, online spending on Thanksgiving and Black Friday failed to exceed the amount spent on those days in the previous year, according to Adobe Analytics, a division of San Jose, California-based software company Adobe Inc.

Preliminary Cyber Monday data from Adobe showed that $7.1 billion had been spent online as of 9 p.m. EST Monday, but that did not include some nighttime spending on the West Coast, which is on a three-hour time difference. The partial data suggested the growth rate was flat, Adobe said.

On Monday night, Adobe was forecasting that shoppers would spend a total of between $10.4 billion and $11.1 billion online on Cyber Monday. Last year, it was $10.8 billion.

Adobe initially had projected that Cyber Monday’s 2021 online sales would be a record-breaking $11.3 billion but the forecast was adjusted twice after Adobe saw how online retail performed on Thanksgiving, Black Friday and preliminarily on Cyber Monday.

Still, some local retailers were projecting on Monday afternoon that Cyber Monday would bring them record-breaking online sales.

Founded in 2012, Madison’s Niche is a Stony Brook-based retailer of home décor and women’s clothing with five boutiques on Long Island.

The business’ online sales were at a record high, up about 30% as of about 3:30 p.m. Monday, compared to the same time last year, said Jennifer Roman, director of e-commerce and marketing for Madison’s Niche.

"It’s been amazing. We’re having a really good day so far," she said.

The chain, which sells more than 100 brands of clothing, offered a 25% discount on the most-popular, Free People, said Carolynn Watson, director of stores and buying.

The retailer filled most of its online orders Cyber Monday with a handful of workers in the backroom of its Stony Brook store. When its inventory runs low, orders can be filled from the other four stores.

Madison’s Niche overhauled its website to handle online sales in February 2020, unaware that COVID-19 would cause a pandemic and lead to months of government-mandated business shutdowns starting the following month.

"It just happened to be a perfect storm," she said.

Madison’s Niche’s online sales have doubled to account for 20% of all sales since April 2020, as the business has grown, Watson said. Sales in September were up 20% compared to the same month last year.

Lynbrook-based retailer Mixology, which sells mostly women’s clothes at 11 stores in the New York City metro area and on its website, was offering a 25% discount online and in its stores on Cyber Monday.

As of 4:30 p.m. Monday, Mixology’s in-store and online sales each were trending at records, 30% higher than on the same day last year, co-owner Jordan Edwards said. Online sales account for 30% of Mixology’s business.

He attributed the growth to a resurgence of leisure activities that were eliminated during COVID-19, he said.

The five-day period from Thanksgiving to Cyber Monday has been known as the unofficial kickoff of the holiday shopping season and an indicator for how the overall holiday retail season will perform.

But shoppers continue to start their shopping earlier, particularly this year because of supply chain issues, which is further reducing the prominence of the five-day period.

It was the first time that those spending on those days did not exceed the amount spent on the same days a year earlier, Adobe said.