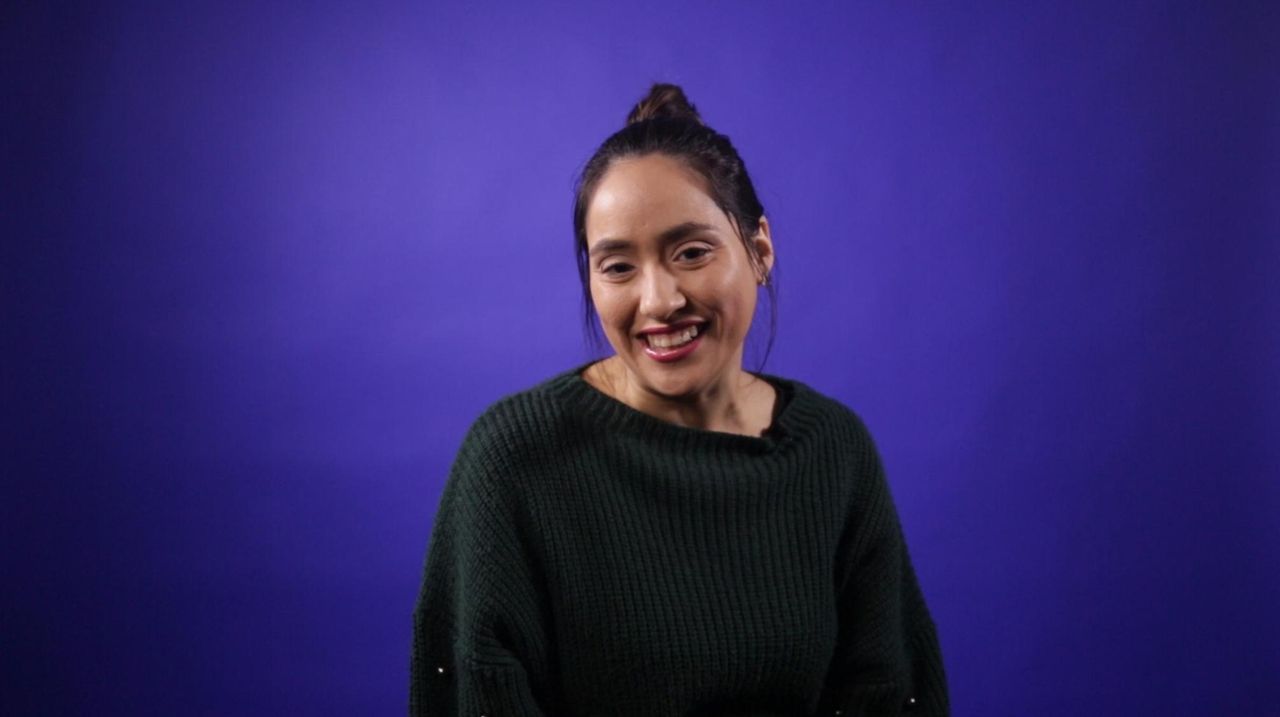 Newsday reporter Daysi Calavia-Robertson launched her family into a month of super-frugal living to figure out how much she — and other Long Islanders — can potentially save with a little bit of belt-tightening. After the month concluded, Calavia-Robertson on Nov. 20 shared some of her experiences and some of the wisdom she picked up along the way. Credit: Newsday / Reece T. Williams

For an entire month, my husband Matt and I stuck to the No Spend Challenge, a commitment to spend money only on necessities (i.e. mortgage or rent, utilities, groceries etc. and on nothing else). This means there’s no dining out, no clothes shopping, no trips to the movie theater.

No undisciplined spending, period. So, when it came to wants rather than needs, we opted to “Just say no.”

For me, respecting the rules meant forgoing my morning pitstops at Dunkin’ and quitting my beloved caramel cappuccino cold turkey. It meant having to text my hair stylist Evani to say “I want you to know it’s not personal … but I won’t be sitting in your chair any time soon.” It also meant an end to those Target runs in which I’d go to the store for a gallon of milk and come home with everything but the milk.

I know I can’t be the only one this has happened to.

What would I actually buy? A new lip gloss, some cute shoes for my daughter and on some occasions what seemed like enough clothes for a whole new wardrobe.

“But it was all on clearance,” I’d reason. “It would almost be silly not to buy all these things.”

For my husband, the No Spend Challenge meant he could no longer go watch the game and grab a few beers at a nearby sports bar with his colleagues after work. It meant he couldn’t add to his growing collection of beard grooming products — and boy does he love his beard — by logging on to his Amazon Prime account and clicking “add to cart.”

And for my kids, FDR, 4, and Carolina, 2, well ... it meant absolutely nothing. They still had just as much fun as they would’ve otherwise. But instead of taking them to Chuck. E. Cheese and shelling out about $60, if not more, in a couple of hours, I searched online for free family events.

At one, hosted by the Village of Farmingdale, FDR was even able to ride a horse — for free.

On other days, I entertained my kids by reading books to them or having them work on puzzles together.

When it came to food, I had anticipated meltdowns over driving past, instead of to, McDonald’s, but that never happened. The kids still ate plenty of chicken nuggets and pancakes. The key difference? The meals were cooked by their “Papi” and enjoyed at home.

We all lived happily ever after and became $1,044.76 richer, saving what we would have spent in a normal month on fast food, clothes and shoes, trips to entertainment venues, and a string of other optional purchases. Of course, very little of that money actually remained in our pockets because we chose to use a big chunk to pay down (and in one case pay off) some of our credit card debt.

And the little that we did have left? Oh, you’d better believe we’re not spending it. From now on, we’re going to be more conscious of when, where and on what we spend our hard-earned cash. We’re planning to save for a house, save for a vacation, save for a date night at a five-star restaurant … the possibilities are endless. But we will save. It’s happening.

An email I received this month from Credit Karma provided encouragement: “Congrats! Your credit score went up by 8 points.”

What’s truly golden about this challenge is how much Matt and I have learned about ourselves.

“No Spend Challenges are great behavioral experiments which can help you become more conscious of your relationship with money,” he said. “The idea is to get you out of your comfort zone, help you gain clarity on the difference between a need and a want, and get you thinking about your financial decisions and the ‘why’ behind them.”

Financial behaviors are often cultural or inherited from our parents or grandparents, said Klontz, author of several personal finance self-help books including “Mind Over Money: Overcoming the Money Disorders That Threaten Our Financial Health.”

Childhood experiences involving money or the lack thereof can have a significant impact on how people think of and handle money as adults, he said. “The more intense, emotionally charged the experience, the more powerful the link between the behavior, whether it’s stinginess, overspending or hoarding.”

These experiences can be traumatic and are usually tied to feeling “less than,” embarrassed or hurt, said Klontz. But once a person becomes aware of the beliefs at the root of their disruptive behaviors, they can take action to modify them and put themselves on a path to healthier financial decisions.

All of this makes total sense when I think back to the stories I’ve heard countless times from my grandfather, my father and even Matt, about different experiences involving money they each had as children.

My father and my abuelito, my mom’s father and my only living grandparent, both recall what it felt like to go without. They both vowed early on to work hard so that their families didn’t have to. And I’ll forever be grateful for the effort and sacrifices they made to make it so.

Throughout my No Spend journey, I came to terms with my own financial privilege. The mere fact of being able to do a No Spend Challenge means I’m able to afford making purchases, often on a daily basis, that are completely outside my family’s basic needs. That’s a blessing in and of itself.

But if you’re deeply in debt — or just need to save for a down payment on a home or for retirement — doing something like the No Spend Challenge can be a saving grace. It can jump-start your progress, said Ronkonkoma-based personal finance blogger Brian Brandow, of DebtDiscipline.com.

“We had used the money for eating out, for a series of vacations, to cover emergencies like one of our cars breaking down, for just about everything and anything you can think of ... it was years of overspending. We were chasing our tails,” he said. “At that point, we knew we were in trouble and had to do something to fix it.”

And not just for themselves. The Brandows have three children, a boy and a girl, who are twins and were 11 at the time, and a son, who was 8.

The couple started following tips on how to get out of debt that were offered by personal finance experts they followed online and on the radio, Brandow said.

“We then sat the kids down in the living room and explained the situation to them, going over all the changes we needed to make in order to get out of it. No more going out to eat, no more spending money on any extras … We would cancel satellite radio and GameFly, a video game subscription service for kids, that we had at the time, and so on. Once they understood, they were pretty on board and took the changes in stride.”

In about four years, the Brandows were debt free. The reward? A family trip to Disney World in Orlando.

Unlike on previous vacations, Brandow said, on this one he felt he was really able to let go and have fun.

“There were no worries, no stress, no ‘how are we going to pay for this?’ moments,” he said. “We had planned for it, saved money for it and paid for everything in advance.”

Brandow now shares his journey toward debt-freedom with students in the Connetquot school district, where he’s often a guest speaker and promotes a financial literacy program.

Of the No Spend Challenge, he said: “I would challenge anyone to take it even if it’s for a short amount of time. It will be tough but it will be worth it.”

This challenge has the potential to change more than just your spending habits. For me, it’s been truly eye-opening and transformative. It’s made me realize two important things: one, I can definitely live off the free hot cocoa I get at work, and two, that living a rich life has so little to do with money.

Here's how our reporter saved $1,000 in a month for a No Spend ChallengeNewsday reporter Daysi Calavia-Robertson saved more than $1,000 in a month doing the No Spend Challenge. Here's how she did it. LI blogger who overcame $130,000 in debt shares her tipsSandy Smith says she had a "come to Jesus" moment before she turned her spending habits around.