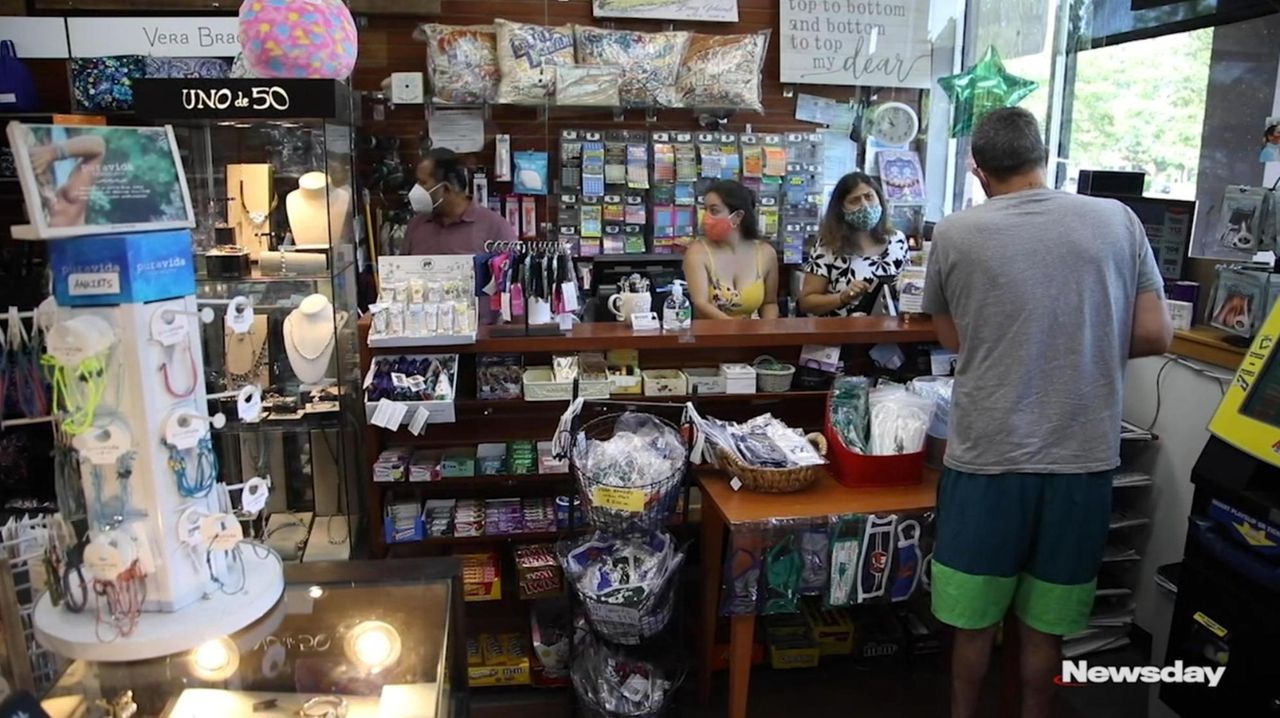 Dave Patel, the owner of Setauket Cards and Gifts, says he thought he had coverage to stay afloat during the coronavirus pandemic, but his insurance company does not agree. Credit: Barry Sloan

The Plainview-based children’s clothing chain Denny’s is suing its insurance company in federal court, joining businesses across the country that are fighting for insurance payouts to cover their losses during the COVID-19 shutdown.

The retailer filed its lawsuit against the Ohio Casualty Insurance Company last week in the Eastern District of New York, saying the insurer breached its contract when it refused to pay out on Denny’s policy covering interruptions in business operations. A spokesman for the insurer’s parent company, Liberty Mutual Insurance, said the company does not comment on litigation.

The case is one of hundreds of similar suits being filed on behalf of retailers, restaurants and other businesses across the country, said Woodbury-based Daniel Buttafuoco, the attorney representing Denny’s.

Buttafuoco said his firm is collaborating with attorneys including Mark Freeley, also based in Woodbury, and the Philadephia-based law firm of Golomb & Honik, on more than 1,000 cases. Buttafuoco said the cases will not become a class action, but attorneys will seek court approval to consolidate the cases into multidistrict litigation that would streamline the process and make it easier for small businesses to join as plaintiffs.

The shutdowns imposed to stop the spread of the coronavirus caused “a major impact to the people who actually are the backbone of the American economy,” Buttafuoco said. “I think probably in the case of diners, they're probably at about 20% of what they should be doing. How do you make a living? How do you pay your bills with that?”

Loretta Worters, a spokeswoman for the Manhattan-based Insurance Information Institute, a trade group, said most business interruption insurance policies – which replace lost revenues when a business cannot operate – exclude interruptions due to viruses and bacteria. Such restrictions were added after the 2002-2003 SARS outbreak, when insurers paid millions of dollars in business interruption claims.

After the SARS outbreak, Worters said, “The insurance companies recognized the widespread risk.”

One insurance company did offer pandemic coverage, she said, but “it was expensive, and the reason it was expensive is because the risks are so high, so nobody wanted it.”

Buttafuoco said the businesses’ losses were caused by the government-ordered shutdowns so they should not be subject to the virus exclusions, and he said in some cases courts have found that microscopic particles can cause physical damage of the sort that should be covered by such policies.

For Denny’s, the COVID-19 shutdown came at the start of what would have been the busy season, said Jeffrey Klein, vice president of Denny’s, whose offerings include clothing and gear for sleepaway camps.

“Being closed for our camp season has just been devastating to our business,” Klein said. “From March through May, it’s about half of my volume for the year, so losing that, it’s awful.”

Freeley, one of the attorneys working on the insurance lawsuits, said it will be a “tough battle” to get insurers to make payments on COVID-19 interruption claims. But, he said, "Hopefully the judges are going to see this as a consumer issue.”

One of Freeley's clients, Dave Patel, who has owned Setauket Cards and Gifts in Suffolk County since 2009, said he was able to collect on his business interruption policy after superstorm Sandy, when the storm knocked out power in the area. Patel said he urgently wanted to serve his customers throughout the pandemic, and he even had masks available for sale when they were hard to come by, but the state-ordered shutdown prevented him from operating. “it was not the virus that shut us down,” he said. “It was an executive order.”

He said  he suffered heavy losses this spring.

Meanwhile, he said, his rent, taxes and insurance premiums continue to come due.

“It feels like the small businesses are bearing the brunt of all this,” he said.