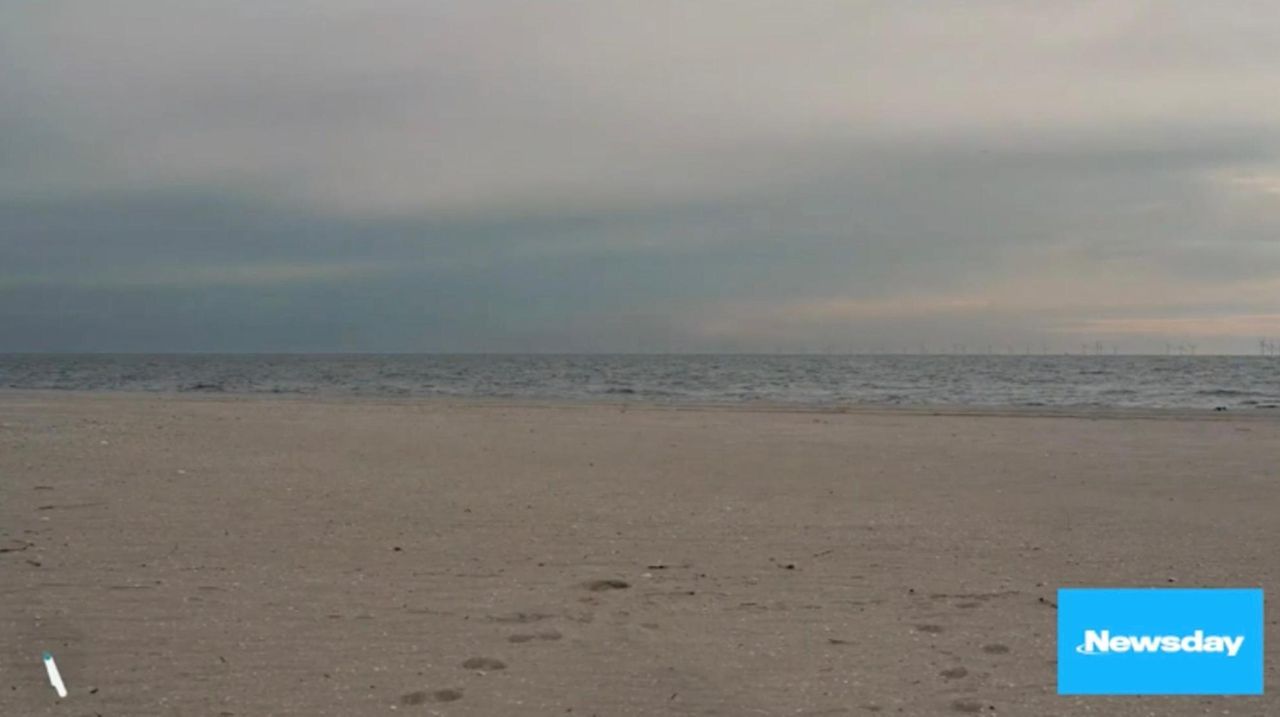 Here's the first visual simulation of what an offshore wind farm will look like from Jones Beach, showing the turbines visible at 15 miles from shore. The video depicts the changing visibility of the project over the course of a 24-hour period with clear viewing conditions. Credit: Equinor via the U.S. Bureau of Ocean Energy Management

The first visual simulation of what an offshore wind farm will look like from Jones Beach has been released by project developer Equinor, showing the turbines clearly visible at 15 miles from shore.

The simulation, released as part of the company’s recently submitted construction-and-operation plan for the massive project known as Empire Wind, is available on the federal government’s Bureau of Ocean Energy Management website here.

Equinor has two contracts with New York State to provide over 2,000 megawatts of offshore wind power from the turbine field, to be constructed on around 80,000 acres off the Long Island coast. Some 174 turbines will be built through 2027.

The turbines will be more than 951 feet tall, to the tip of the blades, Equinor has said. For comparison, the Chrysler Building in Manhattan is 1,046 feet tall.

In addition, Equinor’s plans detail the specific locations of four possible sites in Hempstead Town where offshore cables will make land to bring the wind energy to the Long Island and New York City power grids.

The sites include two in Long Beach, including Riverside Boulevard and Monroe Boulevard, and/or two possible sites at Lido Beach Town Park, according to the plan, available here.

The cables will eventually make their way to a LIPA substation in Oceanside, according to the plan.

A second simulation of the appearance of the turbines from the New Jersey shore is available here.

Equinor said onshore ports to stage the turbine construction could include Homeport Pier or Howland Hook Marine Terminal, on Staten Island, and/or the South Brooklyn Marine Terminal in Brooklyn. "Empire has not yet finalized the selection of facilities," the plan notes.

Public hearings about the project will take place virtually starting June 30 at 5 p.m. For more information about the meetings and to register to speak, see BOEM's web page on Empire Wind here. Additional online meetings are planned for July 8 at 5 p.m. and July 13 at 1 p.m.