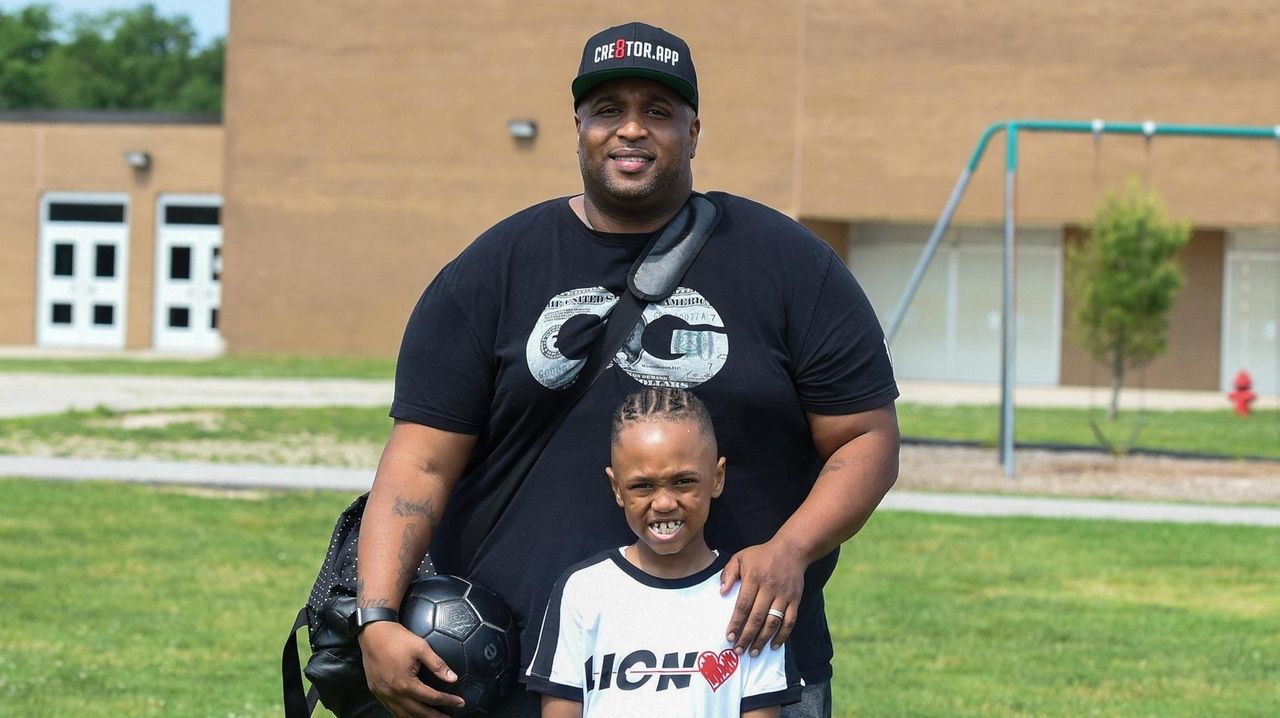 Sometimes it's best to keep it in the family. That's the motto for Long Island fathers and children who have gone into business together.

They say working together can sometimes be a dream, a drag or both, but all agree the benefits outweigh the challenges.

Even so, experts say relatives who work together must be wary of allowing job-related tensions to spill into family time and should plan ways to create a work-life balance to avoid strains on their personal relationship.

Parent-child business partnerships are special in that they exist at the intersection of two largely contradictory concepts, said Henry Hutcheson, author of "Dirty Little Secrets of Family Business" and owner of Family Business U.S.A., a North Carolina firm that consults with family-owned businesses.

"On the one hand, you have unconditional love and support — the basis of any healthy familial relationship," he said.

"And on the other hand, you have business, which is not at all based on emotion and is all about competence, efficiency and profits. It's not hard to see why conflict can easily arise."

Business owners and experts say when such enterprises do work, they're poised for success. Fathers can bring experience and children can contribute new ideas and approaches. And together they can benefit from strong ties: trust, mutual respect and family pride.

When Solomon Mcleod, 7, asked his father, Donavan Mcleod, how old the people who owned sportswear brands Nike and Adidas were, "I answered 'old' and didn't think much else of it," Mcleod, 37, said.

"And when he said 'Hey Dad, I want to be the youngest person to own a sports apparel line' ... at first, I just brushed it off."

But Solomon, a first-grader at Coram Elementary who loves playing soccer, "would just not let it go," his dad said.

"I knew he meant business when he used the word 'entrepreneur,' " said Mcleod, who  helped his son create his own sports clothing line, Lion Heart. "We had that first conversation at the end of January and by April we had our first sale."

On lionheartstore.com,  the Mcleods sell short- and long-sleeved T-shirts and leggings emblazoned with the company logo — the word "Lion" with a red line connected to a heart. Other designs are in the works, they said.

Mcleod, a partner at advertising, production and talent management firm The Vanguard Group in Carle Place, invested about $2,500 to start the company, money he said the family has since recouped. Last month, Lion Heart sold more than 100 shirts, he said.

Solomon's mother, Barbara Mcleod, 38, and his siblings, Isaiah, 11, and Brian, 18, have also contributed their time and ideas to the business, making Lion Heart a family affair.

"Solomon is definitely the creative director, though," his father said. "He's the one thinking about and approving designs and was clear about not wanting the figure of a lion on the logo. He said 'No, dad. The person wearing it is the lion.' "

As for Solomon? "I love working with my dad because he teaches me and inspires me to always believe in myself," he said.

X. Cristofer Damianos, principal at commercial real estate brokerage Damianos Realty of Smithtown, is no stranger to working with family.

He and his two brothers, John and Pelops, learned everything about the industry from the company's founder — their father, Xenophon Damianos.

"She's my right-hand girl," he said. "When she said she wanted to come work with me, it was music to my ears."

Alexandra, 24, who earned a degree in finance from  Marist College two years ago, has been working with her father ever since.

Her sister, Markella, 25, an assistant school teacher, and Alexandra's twin brother, X. Cristofer Jr., who is in architecture, follow different career paths, but she said she always knew she'd end up "here with dad."

"We've always been like two peas in a pod," she said, remembering weekends when as a little girl she joined her dad at the office.

"I'd color on the floor of his office or hang out with him while he spoke about the business with my grandpa or my uncles. I'd just follow him around everywhere."

Alexandra is still following her dad but now, it's to visit construction sites and buildings in their portfolio, or to meet with architects, contractors or potential tenants.

Damianos said he still has much to teach her, but added "she's already taught me a lot."

He recalled showing his daughter a spreadsheet he planned to submit for review to a banker.

The next day, Alexandra showed up "with a fancy presentation with all the financial information the bank needed," he said. "Needless to say, I was blown away."

John Cronin, 23, and his father, Mark Cronin, have been making good on their company's motto of "spreading happiness through socks" since they opened their Melville business in 2016.

John's Crazy Socks, inspired by John's enthusiasm for oddball socks, came about as John, who has Down syndrome, was exploring work opportunities after he graduated high school.

"Not surprisingly, because there really aren't that many options for people with different abilities, he didn't find any jobs he liked," said Cronin, 60.

"That's when he said 'Dad, I want to work with you. Let's open a business together.' "

John's first idea? "To open a fun store," Cronin said, "But he could never tell me what that was exactly so we passed on it." He then suggested the two start a food truck. "We quickly figured out neither of us could cook so there went that," said Cronin.

"Then he came back and said 'Dad, socks! We should sell crazy socks' and that had always been his thing. He had worn these colorful, kind of crazy socks his whole life .... so it seemed like a good idea."

And good idea it was: In 2018, the company posted $5.5 million in revenue. It has 39 part-time employees, 23 of whom have different abilities. It sells about 2,300 sock varieties, including many, like the "Down syndrome Super Hero" socks, that are designed by John. And it has raised $300,000 for charity partners including the National Down syndrome Society and Autism Speaks.

"Within the next year, we're hoping to expand," Cronin said, adding that the company has outgrown its 6,400-square-foot building. "We'd like to hire more people, include a cafe that's open to the public and — who knows — maybe even a 'fun store.' There's a lot of exciting things happening for us."

John's older brother, James Cronin, 26, who was previously pursuing a culinary career, recently joined the business as the company's inventory and warehouse director.

James is "doing an amazing job, and I love working  with my dad; he's so much fun," said John. "It's a wonderful thing I have. I'm so lucky to have my dad and my brother."

James agrees, although he points to a downside to working together:

"His face is on everything, so I get a little sick of seeing him," James said, as he and his brother laughed.

But not for too long, John added, because "We gotta fill orders. ... We're a tough, strong Cronin family. We work, we have fun."

Juan Alvarado has enjoyed working in many kitchens throughout his 30-plus year career as a chef, but said nothing compares with the joy he gets from cooking at El Matador, the East Patchogue restaurant he opened a year and a half ago alongside daughters Emily and Melanie Alvarado.

"Working with these girls, it's a blessing," said Alvarado, 50, who was born in El Salvador and learned to cook in Texas, where he immigrated with his family when he was a teenager.

Emily, 25, who co-owns the eatery, and Melanie, 16, who on weekends works as a hostess and busser, say working with their dad has given them an active role in helping him make his dream of owning a restaurant come true.

"It's such a wonderful feeling knowing that we're building this together as a family," Emily said of the restaurant, which serves an array of Latin fusion dishes, including paella Valenciana, ceviche and Besito Salvadoreño, a fried-egg-topped Salvadoran steak.

What's not so great?

"Spending too much time together," said Melanie. Emily added that  workplace conflicts sometimes stem from "differences in personalities and ideas."

"When it comes to compromising it can be a little tough. We're a family but we're still three different people," she said.

After a busy night, the car ride home is cathartic, they said.

"That's where we release everything and just let it go," Emily said. "We talk it out, we laugh, we listen to salsa music or some classic rock and when we get home, it's all fine."

"Even though they sometimes come in late," Alvarado joked, "I wouldn't want to do this with anybody else. They're caring, they're hardworking, they're my girls."

Ronie Singh earned a computer engineering degree from SUNY Old Westbury, but even as a student found it hard to stay away from his father's Hicksville business.

Years later, he expanded the business to include a second store. The two shops, Samaira and Samaira Bridal, are on South Broadway and feature traditional wedding and party apparel. Prices for the elaborate handmade outfits range from $100 to more than $5,000.

Both Singhs, who were born in New Delhi, India, travel to their homeland often to meet with craftspeople and wholesalers.

"I really liked watching my dad interact with customers," Ronie said. "I enjoyed the personal connection he shared with many of them, watching them hug him and thank him over and over again for making their special day even more special with his clothes. I thought 'Wow, I want that.' "

In 2013, Ronie joined his dad at the business full-time, bringing a wave of new ideas.

The transition didn't come without its challenges.

"I always loved the traditional [women's] clothing, but my passion is menswear," he said. "For every 100 women's dresses, we only had five outfits for men. From my point of view, that wasn't right. If I come in to shop for clothes and only have five options, that's not fair."

When Ronie set out to change that, AJ Singh was not so sure.

"It's his experience versus my new-generation thinking," said Ronie. "He'll say that hasn't worked for me in 20 years in business and I'll say 'OK, maybe let me try it a different way' and he will, but that initial back and forth, the process of that conversation ... that's the challenging part."

Three years ago, with his father's blessing, Ronie, now a co-owner of the family stores, opened Sammaira Man, which sells a wide selection of traditional men’s sherwani suits and other formal wear.

"Ronie is a great son and a smart businessman," said Singh. " ... When he joined me, our business grew a lot. Without him, I'd still be sitting in one small store."

Singh said his favorite part about working with his son is knowing he'll always have a business partner he can depend on.

"Hands down, it's the unconditional love and support," he said.