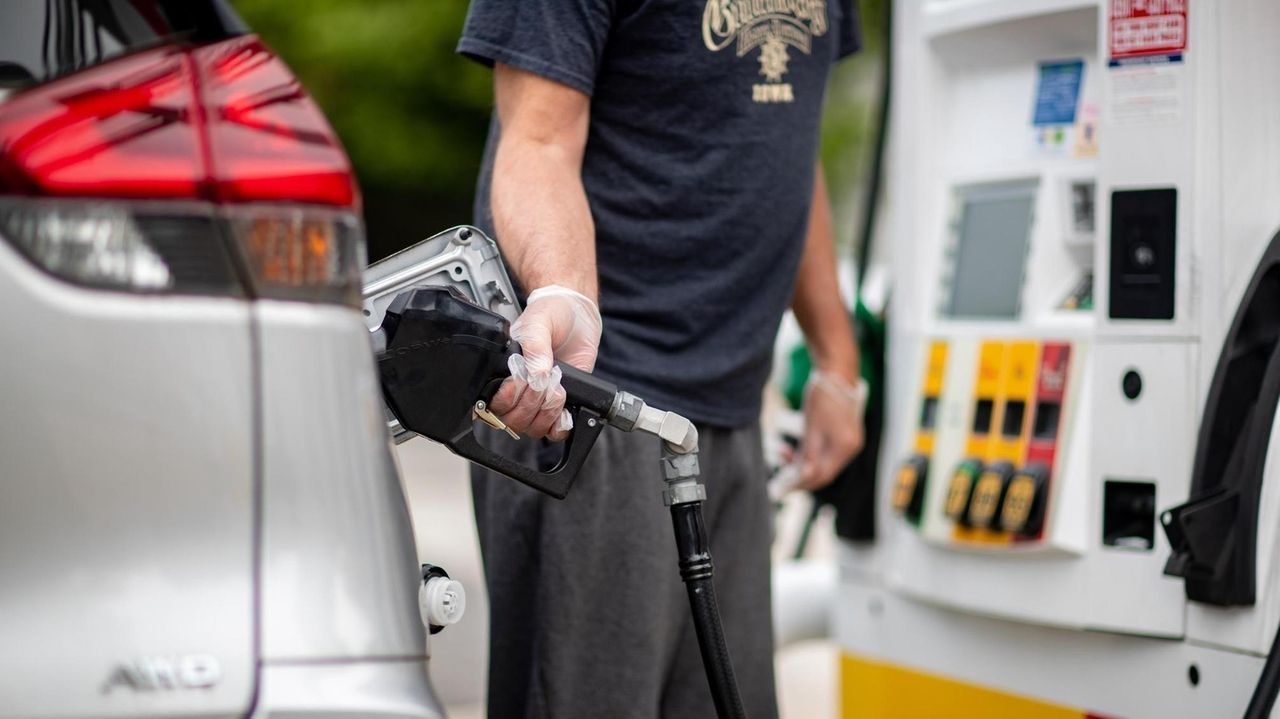 Gasoline prices on Long Island are on the rise, with the average price of a gallon of regular gas the highest since Nov. 22, 2014, said Denton Cinquegrana, chief oil analyst at Oil Price Information Service, an oil and energy information provider based in Rockville, Maryland. Newsday's Steve Langford reports.  Credit: Kendall Rodriguez

Gasoline prices will continue rising this summer, increasing 10 to 20 cents a gallon by the end of August due to growing consumer demand and crude oil costs, AAA said.

On Long Island on Friday, the average price for a gallon of regular gas was $3.19, which was the highest since Nov. 22, 2014, said Denton Cinquegrana, chief oil analyst at Oil Price Information Service, an oil and energy information provider based in Rockville, Maryland.

"As prices continue to hit some of these multiyear, six-, seven-year highs, I think people are going to have second thoughts about maybe taking that long road trip, or condensing … errands into kind of one day," he said.

Gas prices were depressed last year, as the COVID-19 pandemic, which led to months of government-mandated business shutdowns starting in March 2020, reduced travel by all modes of transportation.

As the recovery has taken hold this year, consumers' demand for gas has been rising but crude oil output has not returned to pre-pandemic levels, leading to higher gas prices.

Some Long Island drivers said they didn't welcome the higher prices but it wouldn't interfere with their travel plans this summer.

"I can't let it affect me in that sense," East Moriches resident Gerard Verdi, 46, said Friday while fueling a GMC Acadia at a BP gas station in Farmingdale.

He still planned to drive to a beach in Ocean City, Maryland, or another state for vacation this summer, he said.

"Here, you definitely need a car, especially in Suffolk County," said Bous, while at the BP fueling his Mercedes-Benz C-Class Friday.

The national price of a gallon of regular gas is expected to rise to more than $3.25 this summer, AAA said in a statement Tuesday.

The national average was $3.14 Friday.

In response to waning gas demand last year, OPEC cut its production of crude oil, which is used to make gasoline, by 9.7 million barrels a day, starting in May 2020, Cinquegrana said. The group has gradually increased production since late last year, but it has not returned to pre-pandemic levels.