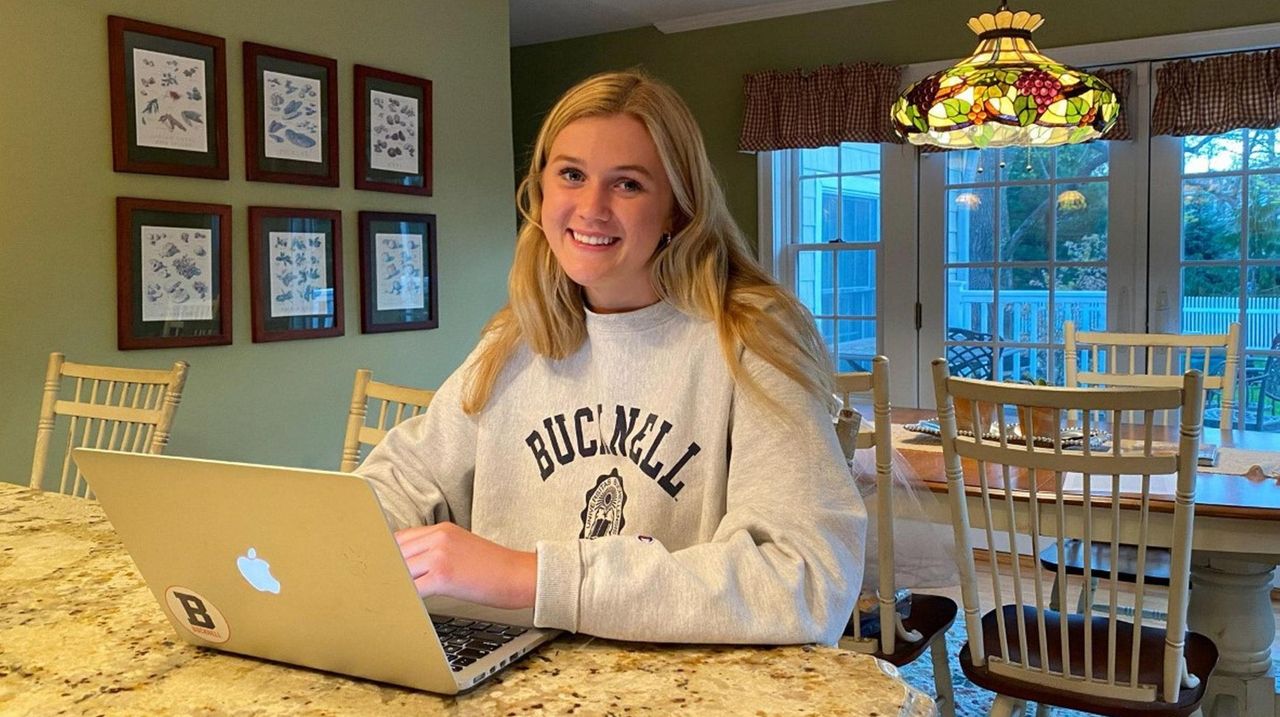 Freshly minted college grads on Long Island and across the country are entering a tougher job market than any graduating class in recent history as millions of Americans file for jobless benefits each week.

Some graduates worry about paying off student loans in an environment defined by high unemployment, while others are trying to find ways to bide their time and keep their skills sharp as the COVID-19 crisis works its way through the economy.

For many, the nation’s economic pause-turned-downturn meant an abrupt end to their time on campus, followed by a mad dash to return home and a virtual graduation with as little fanfare as a typical Zoom meeting. But now, facing a world still largely under lockdown because of the pandemic, many are left wondering how to land that first career job as companies across the country rethink staffing and internships.

“This was going to be a pretty decent year in terms of getting recruited,” said Ed Koc, director of research, public policy and legislative affairs for the National Association of Colleges and Employers. “We were looking at about a 6.5% increase in the offers that went out.”

Koc, whose organization surveys companies on their plans to recruit college students for jobs and internships, said he’s seen a significant rise in the number of firms that have rescinded offers and canceled internships as the U.S. unemployment level tops 15%.

NACE has found that 4% of companies had revoked job offers in April, with another 19% considering such a move.

“That doesn’t sound like a lot, but in a normal year we don’t get any revoked offers,” Koc said. “This is quite unusual. The last time we saw this was the Great Recession” of 2008.

Additionally, less than 20% of respondents  said they planned to continue their internship programs without any changes, he said.

"Normally, a property management intern would be out on the site with the property manager,” said Landro, adding that the company brings in eight to 10 interns most years. "You can’t give them those types of experiences in this environment.”

Bay Shore resident Amy Schlussler, who is set to graduate in July from Bucknell University, said the pandemic has left her feeling adrift when it comes to the job hunt.

Before the government stay-at-home orders in response to the pandemic, Schlussler, a psychology major who hopes to do corporate HR work, was "far along'' with two "promising interviews" for jobs in Manhattan.

But as the weeks went on and businesses across the country continued to shutter, the vetting process ended abruptly, Schlussler said.

“Since the outbreak they’ve gone completely silent,” she said. “As of now, I’m assuming they’re probably not hiring.”

Although Schlussler has continued to apply for jobs in her field and has been in touch with career counselors back at Bucknell, she is now considering going for her master's degree instead of looking for work.

“I’ve started to look at grad school,” she said. “I don’t know how realistic it is to find a job at this point.”

Michelle Kyriakides, executive director of Hofstra’s career center, said while the impact on graduating students’ professional prospects has been dramatic, students are still finding work and the situation hasn’t been the “doomsday that we anticipated.”

“This is going to be a challenging environment” with fewer job postings from recruiters, she said.

While the career center is “doing significant outreach” to all grads, and continues to arrange online career development opportunities, Kyriakides said that students who are not aggressive about their job search may be left behind.

“It will be a more competitive environment than it has been for the last several years,” she said.

Koc said he worries that students entering the market at this time may face long-term obstacles to jobs that pay well.

“The academic studies that have been done basically indicate that individuals who graduate and enter the labor market during a recessionary period never fully make up the revenue potential from their career,” Koc said. “It’s always a little bit behind.”

Following the Great Recession, more than two-fifths of employed millennial college grads on Long Island were "underemployed," working lower-paying jobs such as cashiers and retail clerks that didn't require a four-year degree, according to a 2016 study by Hofstra labor economics professor Gregory DeFreitas.

College juniors, too, are dealing with the potential ramifications of missed internships, a common way for them to get a foot in the door.

Eric Dicrescenzo, a rising senior and journalism major  at Stony Brook University, said he had the perfect internship lined up for summer but, like so many across the country, the internship with WBCB Sports radio in Levittown, Pennsylvania,  was canceled.

But Dicrescenzo, who is staying home in Westmont, New Jersey, until school starts up again, said he’s still optimistic.

Since the cancellation, he said he has started a news and opinion website  with fellow students to practice his craft and show initiative to potential future employers.

“I’ve had a dream since I was young to go into sports media,” he said. “I’m not going to let a pandemic get in the way of that.”

Huber, who majored in graphic design, was supposed to present his senior portfolio to professors and industry professionals at an event in Manhattan. Huber said it’s not unheard of for graduates to receive job offers on the spot as a result of their portfolio.

Due to COVID restrictions, the event was held online this year.

“That portfolio means everything,” he said. “To not be able to showcase it to the extent we are supposed to, I think had a big impact. … That is the moment you work up to.”

While he's been working as a design intern at Jericho-based Publishers Clearing House for the last year and was recently offered an extension by the company to continue interning over the summer, Huber said he’s unsure of his career prospects in such an uncertain economy.

“I’m definitely a bit worried,” Huber said. “I feel a bit more anxious about the possibility of finding a job. ... I have a lot of friends that are out of college and they have gotten either laid off or furloughed.”

Camissa Celestine of Woodbury, who recently finished her master's program at Adelphi University, said she had secured a job in accounting and had been prepared to start  in October.

But about a month ago she was told her start time was delayed until the summer or fall of 2021. Now,  she is considering work outside her field.

“It’s building a lot of anxiety,” Celestine said. “I felt like I did everything I was supposed to do.”

Last semester, Celestine said she had her pick of firms and was looking toward to the start of a career that would allow her to quickly pay off some of her college loans. Now, she says, she's unsure she can hold out for a year on a job that could evaporate.

“I’m not heavily in debt, but I took some loans to subsidize my education,” she said. “It’s important for me to not just sit there.”

Celestine said she’s considered going back to school for a second master's degree but is hoping instead to get into the workforce. Still, she worries about the competitive labor market.

“A lot of professionals who have been laid off, who do have the experience, have become my competitors,” she said. “Now, I have to go against them as well as new graduates like myself.”