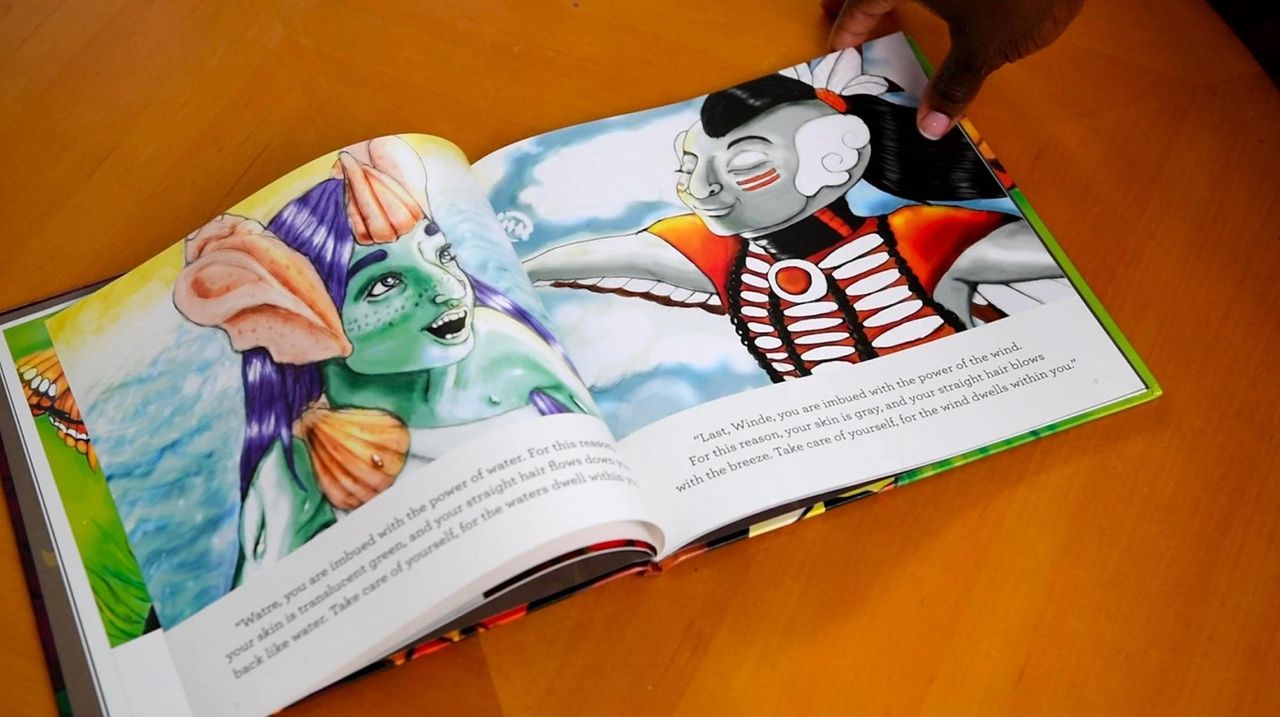 Effective July 2019, new legislation amended the definition of race under the NYS Human Rights Law to include “traits historically associated with race, including, but not limited to hair texture and protective hairstyles.” Ama Karikari-Yawson, a Freeport-based attorney, author and diversity trainer and founder of Milestales Publishing and Training and Development, thinks the legislation should also include protections for people who wear headwear for cultural reasons, in addition to religious reasons. Credit: Corey Sipkin

The rules for dressing for success have changed.

Two new state laws are making it easier for workers to feel and look like themselves, protecting them from job discrimination while giving them more freedom to wear their hair and clothing in ways that make them feel culturally and spiritually comfortable in the workplace.

Among the protected styles are natural hair textures, braids and dreadlocks, and facial hair and clothing worn in accordance with an employee’s religion, such as turbans, yarmulkes, burqas and hijabs.

Not all company appearance policies have kept up with the legal changes, but advocates and employment experts say firms will need to take steps so that what is considered appropriate and neat is broadened and less subjective.

“Even if an employer doesn’t expressly prohibit this, they need to look at how more subtle appearance policies may be impacted,” said Melissa Camire, a partner in the Manhattan office of Fisher Phillips LLP, which specializes in labor and employment issues.

For instance, an employer’s policy may dictate employees have a neat and tidy appearance, but hiring personnel could interpret that as prohibiting dreadlocks, she said.

“When it comes to hair discrimination, it plays out more subtly,” she said.

New legislation that took effect in July amended the definition of race under the New York State Human Rights Law to include “traits historically associated with race, including, but not limited to hair texture and protective hairstyles.” That includes braids, locks and twists, Camire said.

Separate legislation, which took effect Oct. 8, prohibits an employer from taking any discriminatory action against an employee -- including refusing to hire, retain or promote — for wearing any clothing, attire or facial hair associated with the requirements of the employee’s religion, Camire said.

Ama Karikari-Yawson, a Freeport-based attorney, diversity trainer and founder of Milestales Publishing and Training and Education Consulting, said she has experienced "hair bullying."

“I have received negative comments in general in my life about my natural Afro-textured hair, and it being called nappy and ugly,” she said.

Her first chemical relaxer was applied when she was about 4-years-old, in preparation for her preschool graduation. Since then, she has had her hair fall out and break off three times due to chemical-processing, she said.

During her last year of college, she decided "enough was enough” and she began wearing her hair natural. Since then, she’s worn her hair in various ways including braids, locks, twists, and in short and large Afros.

“I rarely wear a straight style because I would like to be a living example of the beauty and professionalism of Afro-textured hair,” said Karikari-Yawson, who wrote a children’s book, "Sunne’s Gift," about a bullied child whose hair has magical powers.

She said the book was inspired by disparaging comments made about her son’s hair and “teaches people that the things that make you different are what make you powerful.”

Though she welcomes the changes in the law, she said she wishes the legislation included protections for people who wear headwear for cultural reasons in addition to religious reasons.

The need for a law expressly barring discrimination regarding hairstyles and religious attire might surprise some people, but it sends an explicit message and alerts businesses to biases they had previously not recognized.

Lois Cooper, a Baldwin-based diversity and inclusion consultant, said she’s personally not seen a company policy that outright prohibits these kinds of hairstyles or clothing, yet they could impact the hiring and promotion process.

She has had African-American women over the years ask her if they should straighten their hair before job interviews. She advises them not to.

“If the company isn’t going to hire them based on hairstyle, it probably wouldn’t be a good place for them to work anyway,” said Cooper.

Vikas Dhablania, chief operating officer at SVAM International, a Great Neck-based IT services provider, is one employer who expressed surprise these laws are needed. “It should be the basic principle in every organization,” he said.

“This is our basic philosophy, which is diversity and inclusion,” Dhablania said, noting the company has some employees who wear yarmulkes, turbans and other ethnic attire.

One such employee is Navjot Singh, an IT analyst, who is Sikh and follows the tradition of wearing a turban. He said he’s been fortunate to work for companies that embrace diversity.

At SVAM, “they are very open and quite welcoming,” he said. “They don’t make you feel like you don’t have that freedom.”

With the laws in place, companies should review policies and make sure there’s no wording that overtly prohibits what the laws protect, said Camire. Even if there are no explicit prohibitions, companies should examine how their appearance policies are interpreted to ensure that such policies aren’t being enforced in a way that would run afoul of the new laws, she said.

Jennifer Trakhtenberg, senior talent leader at ClearVision Optical, a Hauppauge-based designer and distributor of eyewear, said ClearVision doesn't need to update appearance policies because they have a “casual work environment.”

ClearVision has general appearance guidelines with certain specifications like no offensive slogans on shirts, but no prohibition against hairstyles or cultural attire.

“We’re a values-based culture,” she said. “We always start from the fact that employees will do their best work when they feel welcome.”

Similarly, The Adecco Group NA, an HR provider and temporary staffing firm with about 225 people in its Melville office, also doesn’t prohibit such hairstyles or attire and has employees with dreadlocks and braids.

“We are focused on finding strong-performing workers and have a very welcoming culture and flexible environment,” said Dawn Ehrhart, senior vice president of shared services.

According to a Dove study released in May, black women reported they are 80% more likely than white women to change their natural hair to meet social norms or expectations at work.