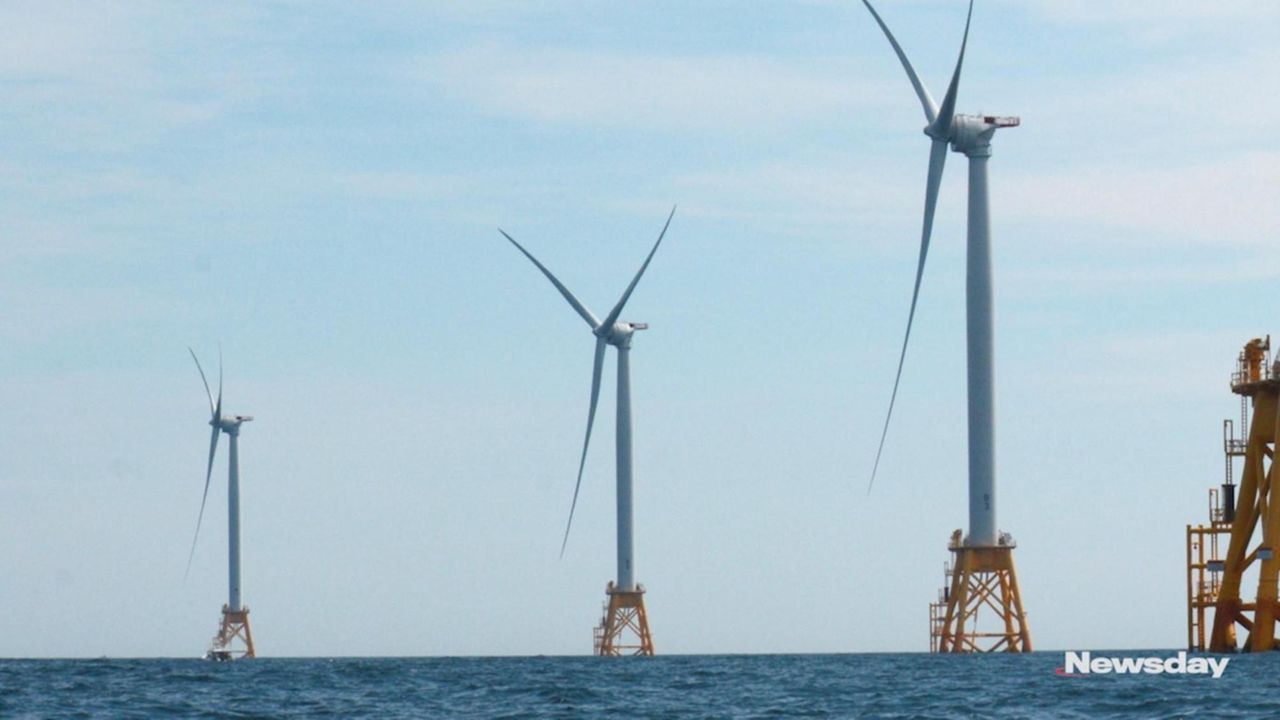 The federal government’s decision to nix two wind-energy areas off the Hamptons from an upcoming offshore lease auction removes the second biggest wind-energy area in the region while putting a greater onus on projects that would be located just 23 miles from New Jersey.

The U.S. Bureau of Ocean Energy Management, in an unexpected decision Wednesday, announced that two wind-farm areas known as Fairways North and Fairways South would not be offered in the round of auctions that could take place by year’s end.

By eliminating Fairways North in particular, the federal government took off the table the potential for 1,071 megawatts of capacity from the total 9,800 megawatts BOEM expects from the waters between New York and New Jersey known as the New York Bight. Fairways North, at 88,246 acres, would have been the second largest of five major sites originally planned for those waters, just 15 miles from shore.

Each megawatt of offshore wind can power roughly 350 homes, so removing Fairways North from the list removes the potential for powering some 374,975 homes with green energy.

Gordian Raacke, a longtime wind-energy proponent at Renewable Energy Long Island in East Hampton, said the unexpected announcement left him wondering, "Will the remaining areas be enough to meet the region's demand?" New Jersey has a goal of some 7,500 megawatts of offshore wind, and New York has a plan for at least 9,000 megawatts by 2035.

With newer turbines approaching 800 feet tall, they would be visible at 15 miles from some of the most expensive homes in the nation on the East Hampton and Southampton shores.

Raacke said, "I think we should embrace clean energy development, even when it's right at our doorstep." He noted that East Hampton and Southampton Towns, whose officials have opposed wind farms visible from their beaches, have ambitious goals for green-energy use.

Raacke said he finds the turbines "beautiful," but acknowledged that not everyone agrees. He pointed to homeowners in Wainscott who are suing and seeking to form a village to block a wind-farm power cable that planned to run from a popular beach and local streets.

"If a buried cable is cause for forming your own village, what about wind farms on the horizon?" he asked. "If people who use a lot of power don’t want to see that power generation they are essentially saying they want other people to bear that burden."

A previously state-awarded project called Empire Wind will be 15 nautical miles from the shore in Nassau County, near Long Beach.

Six of the new lease areas BOEM will now will focus on are located in an area called Hudson South that offers the potential for 6,890 megawatts of power from over 500,000 acres, the largest in the Bight thus far.

BOEM spokesman Steve Boutwell, asked why the federal agency removed the Fairways areas so soon after proposing them in a March 26 internal memorandum, but did not rule them out for future lease-auction sales.

"The Fairways North and South [areas] are not being considered for leasing at this time due, in part, to conflict with the proposed tug and tow fairway, maritime traffic concerns, commercial fisheries and commercial viability," he said in a written statement. "They may, however, be considered for a future sale and remain wind-energy areas" to be reviewed in an environmental assessment this year.

But the language about "concerns" was similar language to that used to justify the Fairways sites for inclusion just three weeks ago.

BOEM’s chief of renewable programs, James Bennett, in his memo to newly named director Amanda Lefton, who concurred, recommended both wind-energy areas off the Hamptons, saying they were delineated "as a result of balancing several factors, the most prominent being commercial fishing, navigation, and commercial viability."