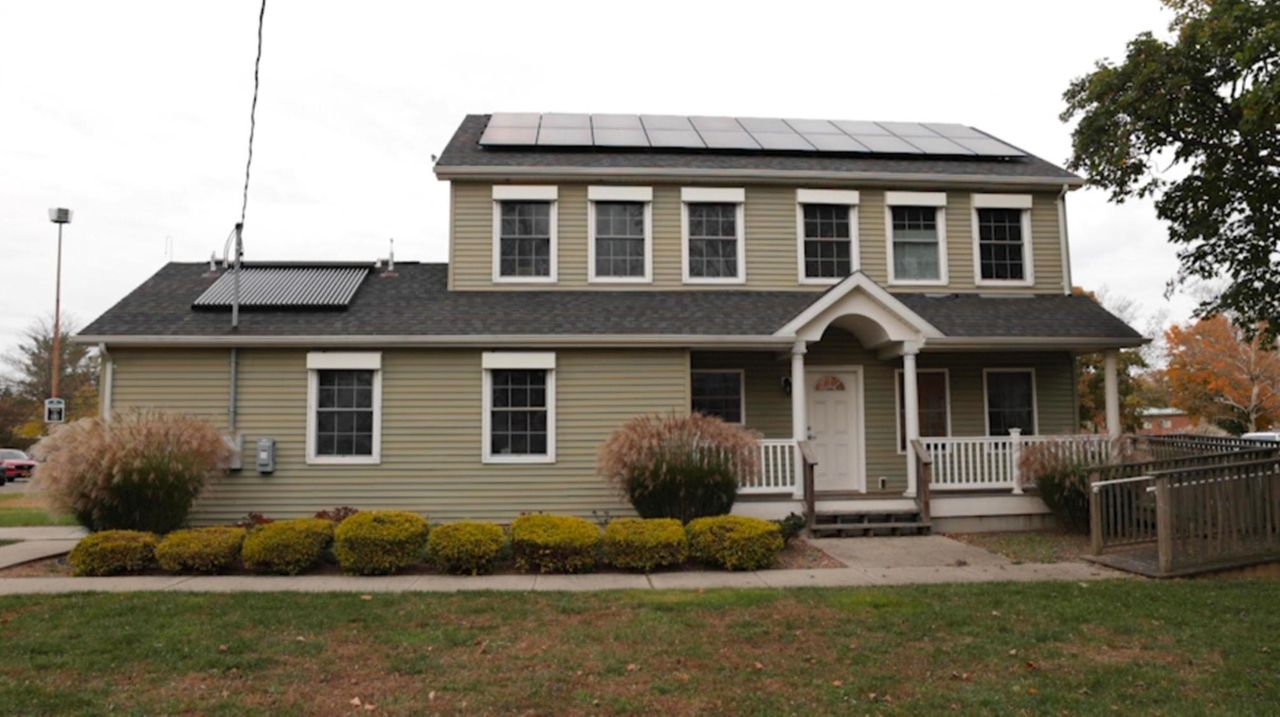 Along with rising gas prices, this winter's heating costs won't be cheap. Here are some tips to help lower your heating bills this year. Credit: Newsday / Steve Pfost

U.S. consumer prices surged 6.2% in October, the highest rate in more than 30 years.

Arguably, rising prices hurt even more when the money is going up the chimney for heating rather than toward a tangible good like a cozy sofa.

How much more depends on a lot of factors.

More than 40% of Long Island homes use heating oil. The average price of heating oil on Long Island as of the week of Nov. 8 was $3.77 a gallon, based on a survey of dealers by the New York State Energy Research and Development Authority.

Doing some back-of-the-envelope math: If a Long Island household uses 200 gallons per month in December, January and February, they would pay $2,262 this year compared to $1,536 in 2020, based on the NYSERDA figures.

The story is similar with other fuels.

Natural gas customers, who account for about 50% of residential customers on Long Island, can expect an average increase of $215, or 26%, to $1,051 for the heating season, according to National Grid.

The 4.3% of Long Island households that heat with electric systems also can expect rates to trend higher.

All that is not to say there's nothing that a heating customer can do.

What follows are some of the many ways to slash heating bills.

Some of the ideas require serious investments of time, effort or money. Others are as simple as finding the long johns in your dresser.

In the end, each Long Islander will have to do their own cost-benefit analysis, but inaction could be costly.

A programmable thermostat lets you turn down the temperature when the house is empty. It doesn't have to be a "smart" thermostat with Wi-Fi that learns your habits. Affordable thermostats can be programmed to cut the temperature overnight and during office or school hours and restore the comfort level when occupants return. (Suggestions that more energy is burned in lowering and raising the thermostat's setting are unfounded, experts said.) One proviso: Always provide adequate heat to avoid freezing pipes.

Several programs offer a free, no-obligation energy audit, including the nonprofit Long Island Green Homes partnership longislandgreenhomes.org and initiatives of National Grid nationalgridus.com/RI-Home/Energy-Saving-Programs/Home-Energy-Assessments and PSEG Long Island psegliny.com/saveenergyandmoney/homeefficiency/homeassessments. Contractors come to the home and use a laser infrared thermometer gun (about $25 if you want your own) or other devices to identify where heat is escaping and propose fixes. Should the homeowner decide to engage the contractor, the utilities offer rebates, discounts for low-income families and financing options. Long Islanders who need help paying their energy bills can call the National Energy Assistance Referral hotline at 1-866-674-6327 or visit acf.hhs.gov/ocs/low-income-home-energy-assistance-program-liheap.

Contractors can take on complex or demanding insulation jobs, but do-it-yourselfers can tackle many tasks. Adam Novick, co-owner of Alpers Hardware in Port Washington, said that homeowners should make sure screws are tight to ensure doors sit square in the frame. Windows, doors and electrical outlets on exterior walls are all places where weatherstripping can curb drafts, he said. Laying adequate insulation on the floors of attics and around pull-down attic doors also can dramatically improve a home's energy profile. Drones hired by National Grid to do flyby thermal scanning of some Long Island homes found extreme heat loss because of "minimal to no attic insulation," said Louis Rizzo, manager of the utility's New York State residential program operations. Further, investing in upgraded insulation provides a double payback: Not only does it lower heating bills in the winter, but it cuts cooling costs in the summer.

Long Islanders have been bearing the cost of heating their homes during work-at-home mandates related to the COVID-19 pandemic. Reduced infection rates have given many the option to return to the workplace full or part time. That could allow them to save on their heating bills if they turn down the thermostat. The downside: Those savings could be offset by costs related to the commute to work.

Wearing warmer clothes, including hats, indoors can make lower thermostat settings bearable. Layer just as you would for a cold-weather hike. Inexpensive base layers of polyester and acrylic can provide warmth and wick away moisture. For those willing to pay up for comfort, Jon Kurmanchik, sales lead at the REI store in Carle Place, recommends merino wool. The natural fiber isn't itchy like most other wools. It resists odors and wicks away sweat and can be found in base layers, hats, scarves, gloves and sweaters. If you're determined to keep the thermostat low and your hands or feet are still frigid, try a chemical hand or toe warmer like those widely used on ski slopes. Additional warm-up strategies: soup, showers and letting the dog sleep on the bed. And don't forget that old mountaineer saying: If your hands are cold, wear a hat.

When the air is dry, moisture from your skin evaporates and cools you. That's good in the sweltering summer, but not so good in the winter. PSEG Long Island advises that using humidifiers in the winter can let households lower the thermostat while maintaining personal comfort levels.

Conduct routine maintenance on your heating system like changing air filters and bleeding radiators. Many people have contracts that include an annual service visit.

8. Be an Energy Star

If you've got to replace an appliance anyway, find one with the government's Energy Star designation. Not surprisingly, the biggest impact comes when choosing heating and cooling equipment, which Energystar.gov says accounts for nearly half of a home's energy consumption. While you're at it, why not replace those incandescent light bulbs with energy efficient LED bulbs? Marjaneh Issapour, associate dean of innovation and economic development in sustainable energy at Farmingdale State College, figures swapping all of her home's light bulbs for LEDs saves about $400 a year, equal to about eight to 12 pizza nights (including toppings) with the kids.

The Smart Energy House on the campus of Farmingdale State College, an energy conservation showcase, includes exterior louvers that automatically open and close to admit warming sunlight and keep out drafts. A more rudimentary — and less expensive — solution: thermal curtains that help keep out the cold.

Customers of electricity or natural gas service may have scant choice in selecting a provider. But the many Long Islanders who burn heating oil can choose among scores of dealers. The big decision: Whether to sign an annual contract with a full-service provider or go a la carte and buy heating oil and service as needed. Full-service companies assume the responsibility of making sure the customer doesn't run out of heating oil, and typically offer service contracts. Full-service customers may choose plans where oil prices vary with the market, are locked in for the season, or fluctuate with the market but have a ceiling price that won't be exceeded. Buying from cash-on-delivery companies means customers have to monitor their fuel use to avoid running out of oil. The price differences can be stark. Full-service providers surveyed by NYSERDA listed an average price of $3.77 per gallon. In early November, COD provider OK Petroleum in Hauppauge was charging $2.86 per gallon based on a 200-gallon purchase. Co-owner Nick Musacchia said OK Petroleum simply buys heating oil at the spot price and marks it up to make a profit. He competes on price against other Long Island COD fuel suppliers who post their prices on CODfuel.com, Musacchia said.

11. Use the fireplace sparingly

Wood-burning fireplaces are "inefficient" and pull warm air up the chimney, forcing central heating systems to work harder, according to the federal Environmental Protection Agency.

Get the checkbook 12. Double pane to end the pain

Old-fashioned single-pane windows are passe. Double-pane windows do a far better job of retaining heat and can save money in the long term. Still, replacing windows can be costly so start by checking eligibility for rebates from PSEG Long Island and National Grid.

Heat pumps, which heat in the winter and cool in the summer, are generally powered by electricity and promise a thrifty and energy-efficient alternative to traditional systems. In the winter, they collect heat from the air, water, or ground outside the house and concentrate it for use inside. Air-source heat pumps work by using a fan to blow air over an outdoor coil with liquid refrigerant, turning it into a gas. The gas is compressed (which raises its temperature) and moved indoors to heat the house. The advantages ($948 in annual savings when replacing oil systems in the Northeast, according to a study cited by the Energy Department) have to be weighed against their high initial cost that can range from $4,000 to more than $15,000 and the inability of many models to handle sub-zero temperatures without an assist from a supplemental heating system.

A no-cost, no-effort solution to hefty heating bills would be to have a mild winter. That is a real possibility. Forecasters at the National Oceanic and Atmospheric Administration are expecting the weather system known as La Nina to push at least some storms inland, away from the East Coast. NOAA's three-month outlook calls for a 40% to 50% chance that the metropolitan area will be warmer than usual.

Hedging your bets 15. Conservation vs. speculation

Don't bother trying to hedge higher heating bills by investing in stocks that you think might benefit from the spike in energy prices, said Mitchell O. Goldberg, president of ClientFirst Strategy Inc. in Melville. "Mom-and-pop investors are really bad at market timing," he said. "If energy prices fall, the stocks of energy companies should fall, too." Rather than take the risk, Goldberg suggests a strategy with high odds for a payoff. "I say that the best investment they could make is conservation."