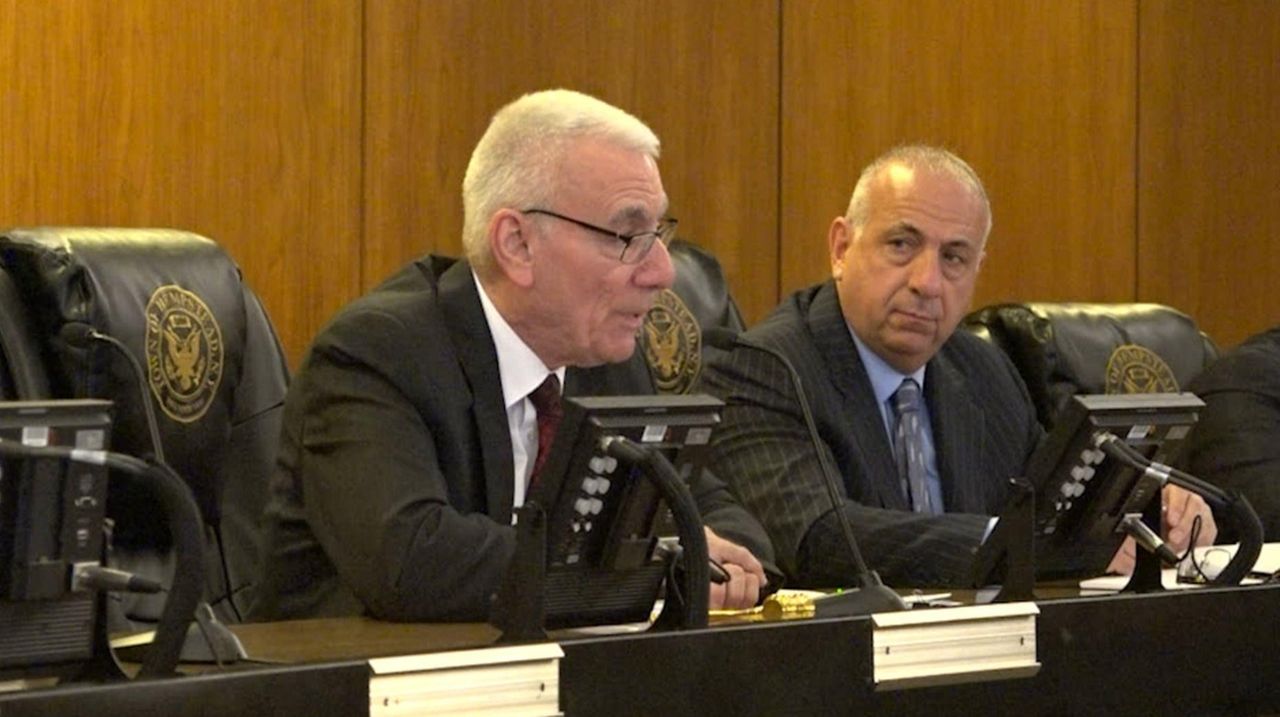 The Hempstead Town IDA voted on Thursday, April 27, 2017, to revoke the payment-in-lieu-of-taxes agreements for Green Acres Mall and the adjacent Green Acres Commons in Valley Stream.The 5-0 vote, with two abstensions, sets up a potential legal battle with the shopping center's owner but answering few questions about the logistics of the deal's termination. Credit: Howard Schnapp

The Hempstead Town Industrial Development Agency voted Thursday to revoke tax breaks for the Green Acres Mall and the adjacent Green Acres Commons in Valley Stream, setting up a potential legal battle with the shopping center’s owner but answering few questions about how the move would affect taxpayers.

Valley Stream residents for months have blamed the IDA’s agreement with the mall for increases of up to hundreds of dollars in their property tax bills.

But Thursday’s vote to undo the agreement was based on the IDA board’s conclusion that the mall’s owner has not created enough jobs for the tax breaks, IDA chairman Arthur Nastre said.

At the IDA’s meeting at Hempstead Town Hall, Nastre said the mall’s owner, Macerich, “grossly misstated” the number of jobs that it would create.

“The board is not at all convinced that they have met, or have even come close to meeting, any of their employment representations,” Nastre said.

In a statement issued after the vote, Macerich senior vice president Ken Volk said the mall has already created “hundreds” of union construction jobs, and the mall’s tax breaks are part of “a legally binding agreement.”

The vote to revoke the agreement was 5-0, with one abstention and one recusal.

Nastre said the IDA expects Macerich to sue, and the courts would probably determine if the revocation is only applicable to future PILOT — or payment-in-lieu-of-taxes — payments or if Macerich would have to repay the full amount for its previously reduced taxes.

“The IDA does not have the right to now revoke the agreement unilaterally, particularly after the board requested and received our latest PILOT payment just two weeks ago,” Volk wrote in his statement. “While we hope to work cooperatively with the board, as we have for the last several years, we have no choice but to consider all legal options in response to this invalid action.”

The tax breaks, including a sales-tax abatement and a PILOT arrangement, were granted in December 2014 by a previous IDA board for the renovation of the Valley Stream mall and construction of the Green Acres Commons.

Thursday’s move was the latest in months of furor over the tax breaks.

In October, Valley Stream residents found that their school property tax bills had risen by up to 12.2 percent. Many blamed the hike on the mall’s tax breaks.

IDA officials, however, have said the budgeting practices of the Valley Stream school districts are primarily to blame for the increase.

Officials from the districts said they were not told the percentage of the payments they would receive, so had to guess and subsequently under-budgeted.

Valley Stream School District 30 Superintendent Nicholas Stirling said his district, which receives a portion of the mall’s PILOT, is again being asked to create a budget without full knowledge of the PILOT money it will receive, and has been unfairly blamed during the controversy.

IDA officials maintain that the schools were indeed informed of their portion of the PILOT.

The tax breaks, the IDA and District 30 are being audited by the state and the Nassau County comptrollers’ offices.