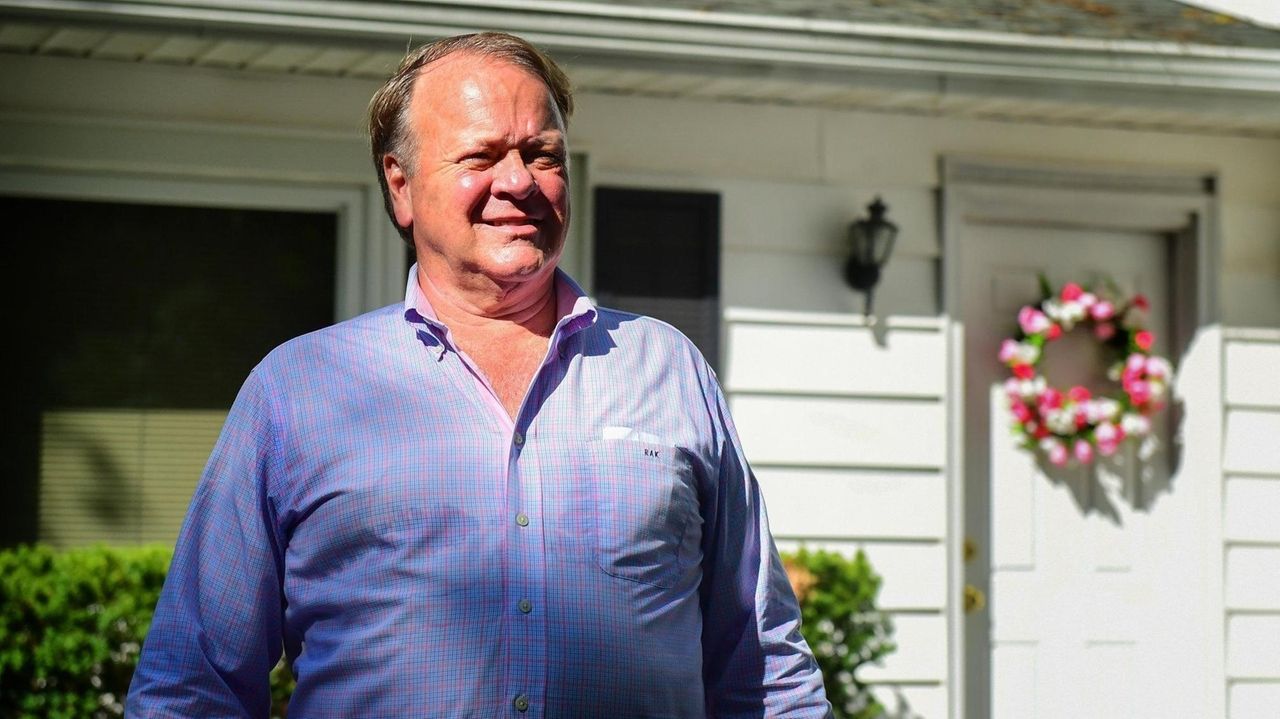 Robert Knutson, of Huntington, is still without internet as a result of Tropical Storm Isaias. On Tuesday, Knutson talked about his difficulties with getting in touch with Optimum. Credit: Newsday / Thomas A. Ferrara

Frustrated Long Islanders entering their third week without internet service are struggling to work and stay connected with friends and family.

Robert Knutson, 68, who runs a financial services firm, has not been able to work from his Huntington home since Tropical Storm Isaias hit Aug. 4. Despite at least daily calls to Altice, Knutson said on Tuesday that he has no indication of when his Optimum cable and internet may be restored.

"This is really getting bad," said Knutson. "Business is shut down."

Judith Knorr, 79, said she is tired of missing out on virtual book club, church council and other social gatherings. She lost Optimum service on Aug. 13, and was given the impression her internet and cable was temporarily down because of storm recovery work in the Huntington area.

"Five days is a little more than a disconnect,” Knorr said. "I live alone. So I'm not going out very much. It's my tie to the outside world.”

Neither Altice nor Verizon would disclose how many customers remain without service.

Verizon's network is operating at pre-storm levels,  spokesman David Weissmann said Monday. "We are working through open issues for individual customers,” he said.

Some customers say problems persist even after service is restored.

Louise Muniz, of West Sayville, said she recovered Verizon FiOS service Monday evening, but was informed Tuesday that she would not be compensated for the nearly two weeks she spent without internet.

"I was connected to someone in Mexico, who said I was not eligible for reimbursement because they just were notified that I had no service yesterday," said Muniz, who uses the stage name Luisa Potenza, while hosting her podcast, Italia Mia. "I was unable to report it to them because they never answered their phones."

And while Clint Brown, 60, got his Optimum internet service back after four days, he said he is still struggling to get Altice and Verizon to repair loose wires near his Stony Brook home. He said Verizon has blamed the delay on a dangerous PSEG wire that was fixed days ago.

"They place the consumer between two billion-dollar companies. I'm supposed to be the one organizing the workflow," said Brown, an engineer.

Government and elected officials said they are examining what led to the hundreds of complaints received about internet and cable outages.

The state Department of Public Service has fielded 253 complaints about Altice service and 54 about Verizon service in the wake of Isaias.

"It is completely unacceptable for people to still be experiencing outages as a result of tropical storm Isaias and the Department of Public Service is conducting a comprehensive investigation into Verizon and Altice to hold them accountable for their failures," department spokesman James Denn said in a statement.

"If a Fire Department takes five or six days, you can imagine how regular customers were treated," Kaminsky said. "We have a lot of questions."

Altice will participate in the legislative hearing and cooperate with the investigation, Anselmo said Tuesday. The company is providing credits to customers whose Optimum services were not available when power was restored, she said.