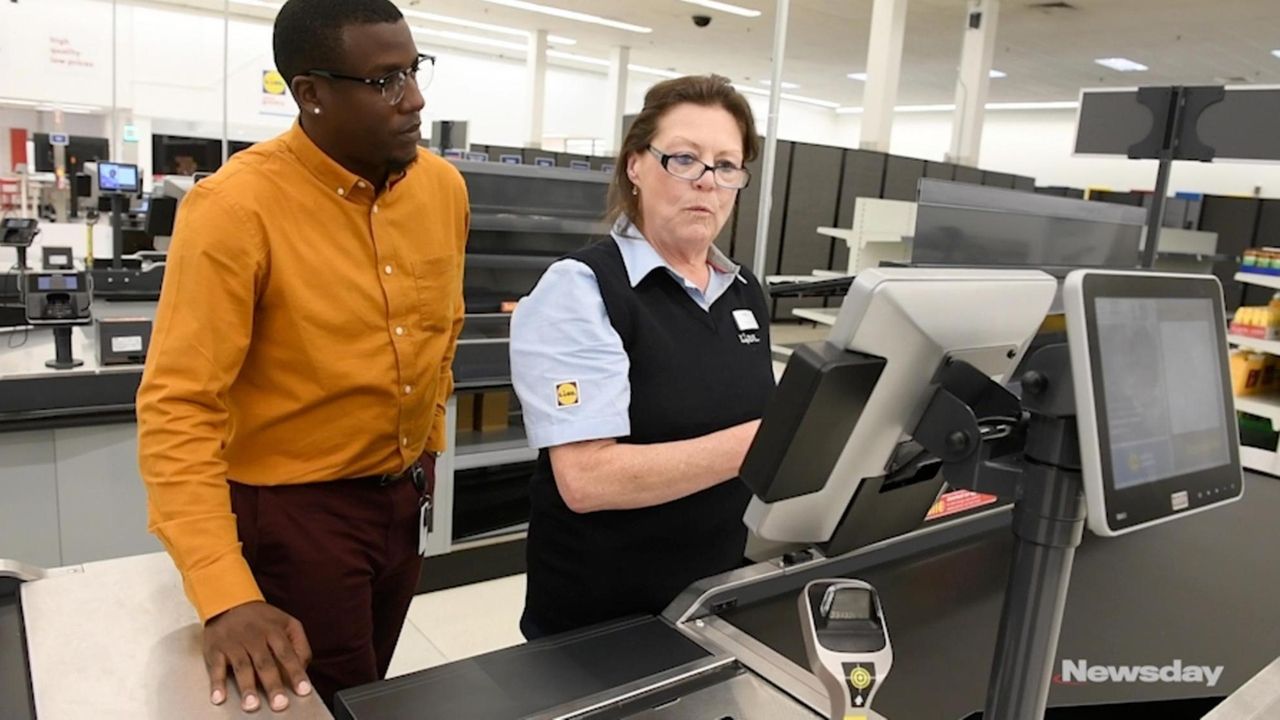 Will Harwood, director of communications at Lidl US, tooks Newsday behind the scenes Sept. 3 at one of three employee training centers the discount grocer is building on Long Island. Credit: Newsday / Steve Pfost

Discount grocer Lidl, which bought 24 Best Market supermarkets on Long Island this year, will start offering health insurance in 2020 to all part-time workers at more than 70 stores, regardless of how many hours they work, the company said.

The investment will cost Lidl up to $9 million in the first year, Lidl US, the Arlington, Va.-based division of the German retailer, announced this week.

The move comes at a time when employers, finding it harder to fill jobs as unemployment rates hit lows not seen in decades, are boosting job perks and benefits to attract workers.

Lidl, however, said its decision to offer coverage to part-timers was not about the current job market.

“It’s an investment in our people that will be in place today and in the future, no matter what the job market looks like.  We recognize that health care is important and we’re taking this step because we believe it’s the right thing for our team,” said Will Harwood, spokesman for Lidl US.

Part-time employees at local King Kullen, Stop & Shop and ShopRite stores already can buy into health insurance through their union, regardless of how many hours they work, an official said.

Lidl, which is not unionized, currently operates 73 stores under its name on the East Coast, excluding the Best Market stores.

Starting Jan. 1, health coverage will be offered to part-timers at Lidl stores, including its first four locations planned for Long Island — two Best Market stores in Plainview and Center Moriches that are being remodeled and converted to the Lidl name, and two new Lidl stores opening in West Babylon and Huntington Station.

The rest of the Best Market employees will be eligible for the insurance coverage in phases over the next two years as they begin Lidl training in advance of their respective stores’ conversions to the discount grocer’s name, Harwood said.

About 1,200 part-time employees at Lidl's existing  stores will be eligible to buy into the health insurance coverage provided by Blue Cross Blue Shield beginning Jan. 1.

The cost for part- and full-timers will be the same, Harwood said, with plans starting at under $30 per two-week pay period for individuals, or under $15 a week, and about $130 every two weeks for families.

About 30 percent of Lidl’s employees are part-timers, he said.

Lidl bought 27 Best Market stores in New Jersey and New York, including all 24 on Long Island, for an undisclosed price in January, and closed the Best Market in Hicksville in September.

The federal Affordable Care Act requires an employer with at least 50 workers to offer health insurance to those who work an average of at least 30 hours weekly, which is considered full-time under the ACA.

Part-time workers at Best Market, which is not unionized, currently can qualify for health insurance coverage if they work at least 30 hours weekly.

All part-timers at local King Kullen, Stop & Shop and ShopRite stores who are members of the United Food and Commercial Workers Local 1500 can buy into health insurance through the union, said Tony Speelman, president of the Westbury-based union.

Among all large firms — those with at least 200 employees — that offer health insurance benefits to full-time workers, 34 percent also offer it to part-timers, said Matthew Rae, associate director for the Program on the Health Care Marketplace at the Kaiser Family Foundation, a San Francisco-based nonprofit that focuses on national health issues.

One grocery chain, Whole Foods, said in September it was cutting health insurance for 1,900 part-timers in 2020 by raising the number of minimum work hours required to buy into the benefits from 20 hours a week to 30.

But, in general, grocers are absorbing more of the costs of health insurance for their employees.

Food retailers' share of employee premium costs spiked from 62 percent in 2017 to 71 percent in 2018, according to the Food Marketing Institute, a Washington, D.C.-based trade group representing food marketers, retailers and wholesalers. "Our members say they are absorbing these costs to address the challenge of attracting and retaining employees," said spokeswoman Heather Garlich.

With the U.S.’ current low unemployment rate — it hit a 50-year low of 3.5 percent in September — companies are working harder to make themselves more attractive to potential employees.

“Employers are really fighting to retain and attract talented people and good employees.  And this is the type of environment where we’ve seen wages are finally slowly starting to rise over the past couple of years,” said Andrew Challenger, vice president at Challenger, Gray & Christmas Inc., a Chicago-based outplacement firm.