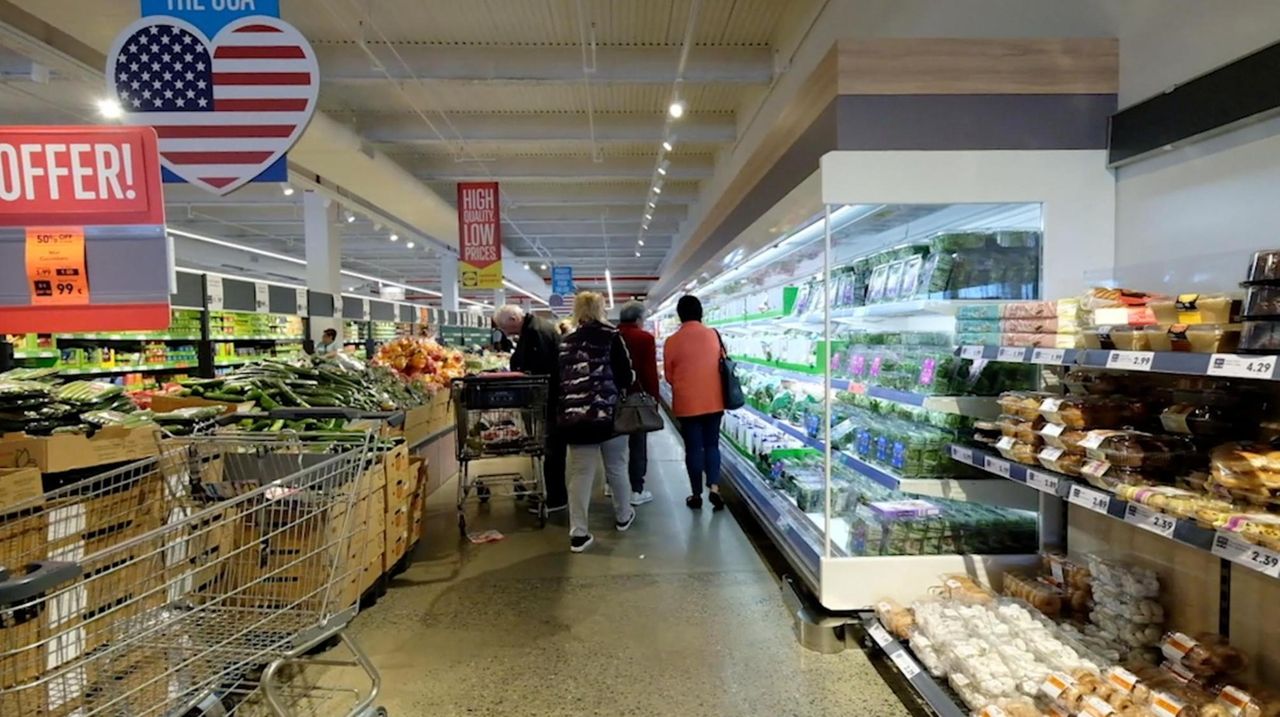 Lidl, which took over 24 Best Market grocery stores on Long Island, will close one, remodel two and open two new locations by early 2020. On April 24, Will Harwood, director of communications for Lidl US, gave Newsday a tour of its Staten Island location, one of Lidl's first stores in the metro area. Credit: Jeff Bachner

Discount grocer Lidl’s takeover of the 24 Best Market stores on Long Island will start with the closing of one supermarket, remodeling of two stores and opening of two new locations by early 2020.

“We are happy to soon bring Lidl’s unique and fresh approach to grocery shopping to Long Island,” Johannes Fieber, CEO of Lidl US, said in a statement.

The U.S. arm of Germany-based Lidl finalized its purchase of 27 stores, including all 24 on Long Island, that were owned by Bethpage-based Best Market in January for an undisclosed price.

The first wave of changes is set to take place at five Long Island locations by early next year:

The Plainview store is being described as a replacement for the closing Hicksville store, which is smaller and 3.8 miles away.

Best Market stores employ about 2,500 people, including 50 at the Hicksville store, said Will Harwood, spokesman for Arlington, Virginia-based Lidl US.

All employees who were working for Best Market when Lidl acquired the company will be offered Lidl jobs with the same or better pay and benefits, but they may not be in the same type of positions, he said.

All four of the stores converting to the Lidl name in the first round of changes are or will be in leased spaces.

Lidl is not yet disclosing details about when the Hicksville store will close or its timeline for work on the other four locations.

The Best Market stores not on Long Island are in Harlem in Manhattan; Astoria, Queens; Holmdel, New Jersey; and Newington, Connecticut. The Connecticut store was not part of the Lidl deal.

Limited-assortment stores are usually smaller than traditional supermarkets, 15,000 square feet versus 35,000 to 60,000 square feet, and they carry a high percentage of their own private-label brands over nationally advertised ones, according to Inmar Analytics.

From 80 percent to 90 percent of Lidl’s products are private label, Harwood said.

The company’s stores on Long Island will have an average sales floor area of 20,000 square feet.

Lidl stores don't have the full-service deli, meat and poultry, and seafood departments that are present in Best Market and other traditional supermarkets, but the discount grocer sells those products in refrigerated cases.

In the Lidl stores on Long Island, customers can expect to see streamlined shopping, new fixtures, fresh produce and fresh-baked goods in a bakery near the entrances, the company said.

The entire process of converting the Best Market stores on Long Island to Lidl locations should be finished in two to three years, Harwood said.

Despite Long Island’s high median household income, Lidl will be a local retail disrupter that will attract a high number of consumers — low-income to upper middle class — looking for discounts as they contend with the high costs of property taxes, utilities, transportation, housing and other expenses, said retail expert Burt Flickinger III, who founded Manhattan-based Strategic Resource Group and has studied the Long Island retail market.

“It’s going to be an ongoing competitive nightmare for every food retailer on Long Island,” Flickinger said.

There are 10,500 Lidl stores in Europe. The company entered the United States market in 2017 and now has 66 stores from Augusta, Georgia, to Staten Island.

In expanding its presence in the United States, Lidl has been trying to get a foothold in the New York market.

The chain’s first store in New York State opened in December at the Staten Island Mall.

The Long Island stores will be similar in appearance to that one, which was bustling on a recent Wednesday afternoon.

One shopper, Susan Kandel, 72, had replaced Costco and Trader Joe’s with Lidl for most of her grocery shopping, the Staten Island resident said.

“I love the concept. I like the way they have things laid out. … It’s very good as far as value goes," she added.

LI Best Markets being bought by German grocerBest Market will sell 27 stores, including 24 on LI, to discount grocery Lidl. The Best Market stores will be remodeled and converted to Lidl stores starting next year.

COVID cases continue to decline on LI — but what about risk?
Sheriff: Man drove drunk with gun into jail parking lot
Timeline: How the shooting of NYPD officers unfolded
1:37
Dogs help sniff out potential trouble at JFK
On the front lines of omicron: It 'hit us like a tidal wave.'
Wounded cop 'fighting for his life' after fellow NYPD officer shot dead
Didn’t find what you were looking for?