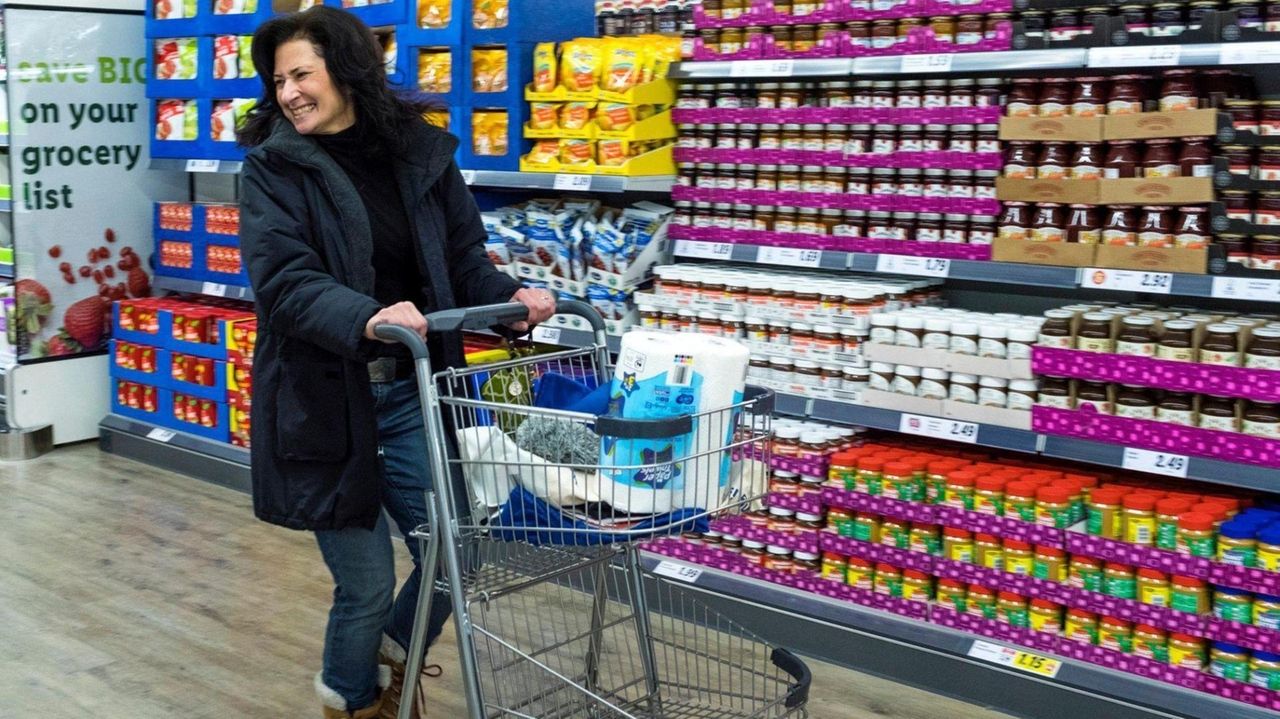 Lidl's plan to open more than 50 stores on Long Island over the next 10 years is kicking off with three locations this month.

The discount grocer, which broke into the Long Island market Wednesday with two stores, plans to open its third local store Dec. 18, in a space that was converted from a Best Market supermarket at Turnpike Plaza, at 711 East Jericho Turnpike in Huntington Station.

In January, the U.S. arm of Germany-based Lidl bought 27 Best Market stores, including all 24 on Long Island, from the Bethpage-based company for an undisclosed price.

"This is just the beginning for us" on Long Island, Lidl spokesman William Harwood said Wednesday. The company's real estate team is eyeing additional sites as the grocer looks to open more than 50 stores on the Island over the next 10 years, he said.

“It’s a great thing for customers.  It’s a huge savings for them both in terms of time and money each week,” he said.

Lidl closed the Best Market in Hicksville in September. It has said that the remaining Best Market stores will be converted to Lidl over the next two years.

Lidl opened its first two Long Island stores Wednesday: one was converted from a Best Market, at 725 Sunrise Hwy. in West Babylon, and the other is in a former Waldbaum’s supermarket space at 812 Montauk Hwy. in Center Moriches.

Lidl temporarily closed the Best Market in Huntington Station in July for renovations and the store conversion. The 30,700-square-foot store will have 20,000 square feet of sales area, similar to the size it had as a Best Market, Harwood said.

The Best Market had been at the shopping center since 2012, Jennifer Maisch, spokeswoman for Kimco Realty Corp., said in June. Kimco is the New Hyde Park-based company that owns Turnpike Plaza.

The shopping center was built in 1970 and Waldbaum’s was the grocer there from that time until Best Market arrived, Maisch said.

Lidl has more than 11,000 stores in 32 countries, including more than 75 locations in nine states on the U.S. East Coast.

The chain is a limited-assortment grocer, like Aldi and Trader Joe’s, which means its stores are usually smaller than traditional supermarkets and carry a high percentage of the chain’s own private-label brands.

They are taking a bigger share of the retail food industry, "while traditional supermarkets are not growing and are just fighting to stay even,” he said.

Limited-assortment grocers are a growing segment for several reasons, including their value, offering private-label brands that are now of a quality comparable to that of name brands, and having stores that are easier to shop because they offer fewer choices, Hauptman said.

“And increasingly, more and more families are not looking to spend a long time shopping for food,” he said.

While Best Market supermarkets have full-service delis and meat and seafood departments, Lidl stores do not.

Based on feedback from customers, at least the first four Lidl stores on Long Island will have a "deli concept" in which employees will slice top-selling meats and cheeses daily in stores and place them in refrigerated cases, Harwood said.