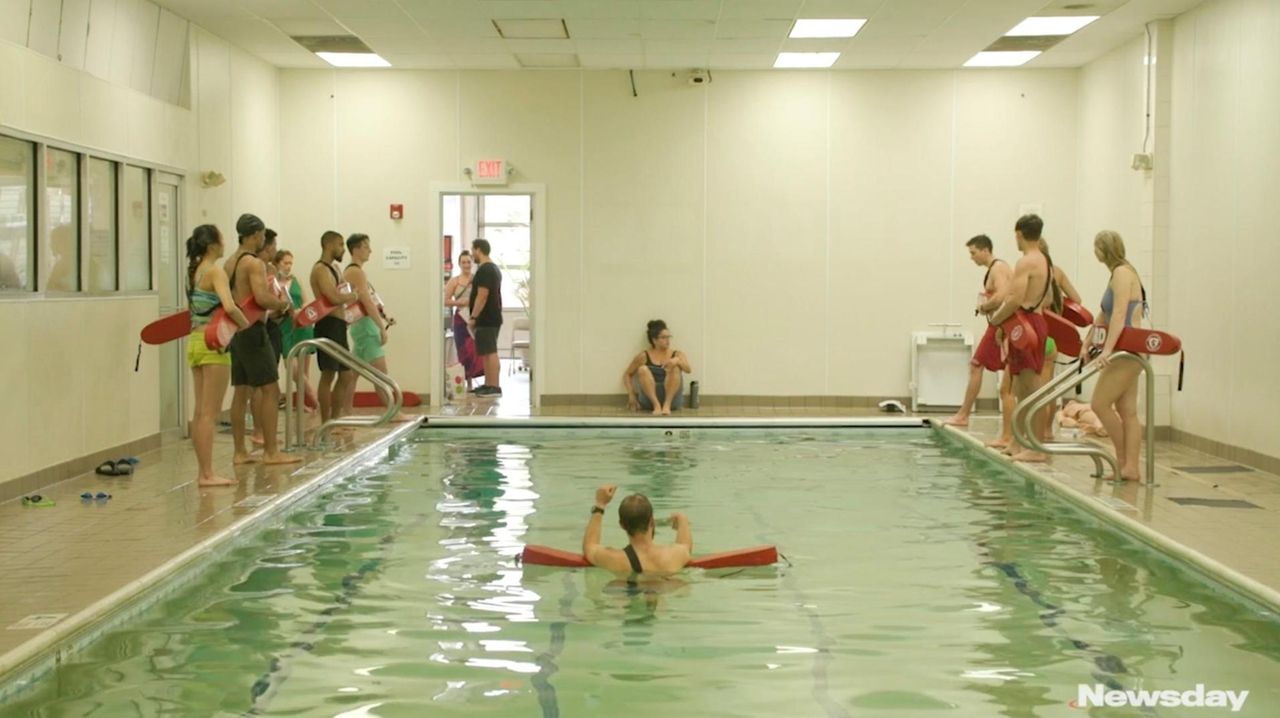 Kubi-Ayana Walters has been swimming since she was 6 months old, so becoming a lifeguard made perfect sense to her.

"I was just trying to find a job that related to swimming … and the best job that I could think of that would be fun," the Baldwin resident, 18, said Sunday after passing a certification class.

She likely won’t have a problem getting hired.

On Long Island — and nationwide — there is a shortage of certified lifeguards that managers at local swimming pools, beach clubs and camps say is the worst they’ve seen. The COVID-19 pandemic has a lot to do with it for several reasons, including training classes being shut down last year, experts said.

"I have never in my life — and I’ve been doing this 10, 11 years already — seen such a shortage," said Motti Eliyahu, owner of Lifeguard Training NY, the Valley Stream-based business that ran Walters' class at Swim Stars in Rockville Centre. A 20-hour class costs $395.

Some pool facilities will not be able to open, or their hours of operation will be cut, because they can’t find enough lifeguards.

To better compete for lifeguards, most of whom are high school or college students, employers are raising wages, paying for training and certification, and even paying for room and board on occasion.

Some places are doubling their pay.

Minimum wage on Long Island is $14 an hour.

Low pay for lifeguards is a major problem, said Tom Gill, spokesman for the United States Lifesaving Association in California, which represents lifeguards in open-water areas, such as beaches and lakes.

"It’s a responsibility-loaded position and people want to pay them like they’re just sitting up getting a suntan," he said.

Sandy Hollow Day Camp in Southampton has one lifeguard/counselor on staff for the summer and is looking for another but its greatest need is for an aquatics director, said Beth Hughes Barrie, camp director.

The camp this year has raised pay for the aquatics director from $25 to $30 an hour, is advertising for the job heavily, and is willing to pay a finder’s fee, she said.

The camp also is willing to pay for the aquatics director’s water safety instructor training, which will cost about $500, Barrie said.

While it did raise its pay, the nature of its business — being a high-end private venue — adds another challenge, he said.

"We need appropriate lifeguards. They have to really have the ability to understand service and hospitality, not just sit in the chair," Sands said.

Normally, the club is fully staffed by April, he said. At this point, the club has six of the eight lifeguards it needs.

The YMCA of Long Island has pools at six facilities, said Anne Brigis, president and CEO of the Glen Cove-based nonprofit. It has 100 lifeguards but 30 more are needed, she said.

"If I don’t get the number of lifeguards I need … I would have to curtail hours of operation," said Brigis, adding that YMCA starting pay for lifeguards was raised from $15 to $17 or $18 an hour, depending on location.

There has been a lifeguard shortage for years but the pandemic exacerbated the problem for several reasons, experts said.

Among them is the fact that some parents don’t want their teens working during the pandemic.

In addition, more people are unable to pass the in-water part of the lifeguard class because they are out of shape after sitting home for a year due to the pandemic, Eliyahu said.

Another factor is that employers in many industries are having a hard time finding hourly wage workers, including restaurants, stores and hotels. Some employers blame the tight labor market on people choosing to receive pandemic-related enhanced unemployment benefits rather than work.

While this might not directly affect teen workers, the increase in open positions — that don't require expensive certification — gives them more options.

The YMCA is aggressively advertising its job openings but the current hiring environment is difficult, as the organization competes harder with restaurants and other employers that are offering more incentives, such as hiring bonuses, Brigis said.

"I think people are getting really creative because they recognize how fragile the labor market is," she said.

Dana Spira, 16, was in the lifeguard class with Walters on Sunday.

She has already lined up a lifeguarding job this summer at a camp in Pennsylvania, the Woodmere resident said.

Spira will make $200 for three weeks of work.

"I’m not doing it for the pay. I’m going because my friends are there," she said.

Equipment checked in hunt for source of deadly Legionnaires' outbreak
Breon Peace sworn in as Long Island's top federal prosecutor
Green amendment, before NY voters next month, has supporters, critics
More Blacks leaving Long Island for the South
Tierney, Sini battle over who'll be toughest on crime
Syosset twin sisters have special bond with Oceanside coach
Didn’t find what you were looking for?