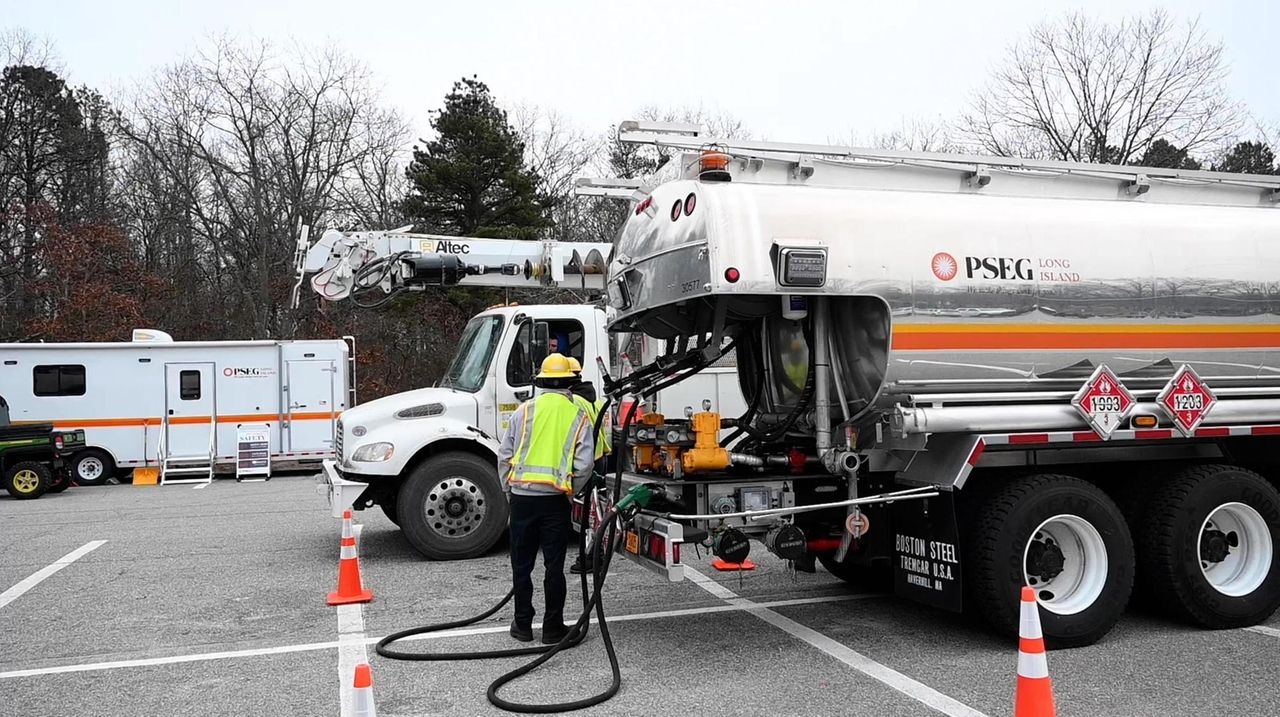 The process of assessing the interest from new service providers could add months or more to the process of determining LIPA's future direction, the officials said.

The task force will make its recommendations in a report to the LIPA board at a meeting on Wednesday. LIPA had originally expected to make the recommendation late last month.

LIPA: All options on the table

LIPA chief Tom Falcone told Newsday Monday he's already received indications of interest from outside providers in running the LIPA system, though he stressed all options remain on the table.

"We've had some telephone calls that lead me to believe there's going to be interest" from other providers, Falcone said. "I do think there's a level of interest out there but you have to go through the process."

LIPA hasn't made any formal decision on a strategic direction as yet, and won't until there's been a full opportunity for public, regulator and lawmaker input, he said.

Even as it issues a request for information from new providers, LIPA will continue to evaluate the prospect of running the system itself, as a fully public utility, taking on management of 2,500 workers and hiring a dozen new executive managers. The request for information process would give the board a broader set of options needed to make the right decision about the utility's future, Falcone said.

The LIPA task force in previous reports said it could take between 24 to 30 months to issue and evaluate information requests and bid proposals, with another year or more to transition to a new utility.

Falcone said the marketing, information and contract bidding process, if the board and stakeholders decide to go that route, could be completed in a year, with another year or more for a transition to a new service provider. LIPA plans to hold two public comment sessions in late May to gauge interest in the options.

LIPA will explore the outside provider option even as it continues to negotiate a new contract with PSEG, a process Falcone said has not been progressing adequately. "We've been negotiating since January, we gave them additional time, but we have not been able to reach an agreement we would present to the board as acceptable," Falcone said.

The report will provide "expanded analysis" of the option of LIPA becoming a fully public utility, where LIPA would operate the grid itself, Falcone said, one that LIPA has said could save ratepayers $800 million over a decade by removing the profit component, among other factors. LIPA pays PSEG around $83 million a year to manage the system, and PSEG can earn another $10 million in incentive pay.

The report, shown to Newsday, says the prospect of shifting to "one or more new contractors" would allow LIPA to "focus on the right match of management styles and mutual compatibility." LIPA also could contract out its service to multiple providers and reward those who do best while replacing those that "do not meet expectations." On the downside, LIPA noted "costs and continuity risks" with securing a new provider, but LIPA called them "manageable."

LIPA began the process of exploring alternatives to PSEG after Tropical Storm Isaias led to more than 645,000 outages, some for more than a week, and PSEG acknowledged cascading failures of its outage management and communications systems. LIPA's task force found problems went deeper, and blamed many of the problems on management failures tied to PSEG's structure of reporting back to its New Jersey parent.

Decision is a 'very complicated process'

LIPA vice chairman Mark Fischl, stressing he was speaking for himself and not the board, said while he supports the idea of "moving carefully to make sure we make the right decision," including gauging interest in new providers, he believes LIPA should pursue the fully public option now.

"Everything I've read to date screams municipalization," said Fischl, referring to the public option. "I think it's clearly the right road to take, speaking as an individual." But he also said the decision of how to move forward is a "very complicated process," and one that LIPA wants to get right. "Knee-jerk reactions aren't helpful."

A PSEG spokeswoman said the company is "focused on continuing its negotiations" with LIPA and the state, and "remains committed to being the service provider" for the LIPA territory. PSEG, she said, finds the current public-private partnership the "best option for Long Island customers and [we] are actively working to regain their trust and confidence."

LIPA trustee Drew Biondo said a possible request for information from other utilities and continuing to negotiate with PSEG would be helpful in LIPA’s decision making.

At least one observer said any delay caused by a review of alternative providers would be a problem.

"That is definitely going down the wrong path — the time to municipalize is now," said Lisa Tyson, executive director of the Long Island Progressive Coalition, an activist group. "LIPA needs to move quickly toward ending the PSEG contract and letting Long Island decide on our future."