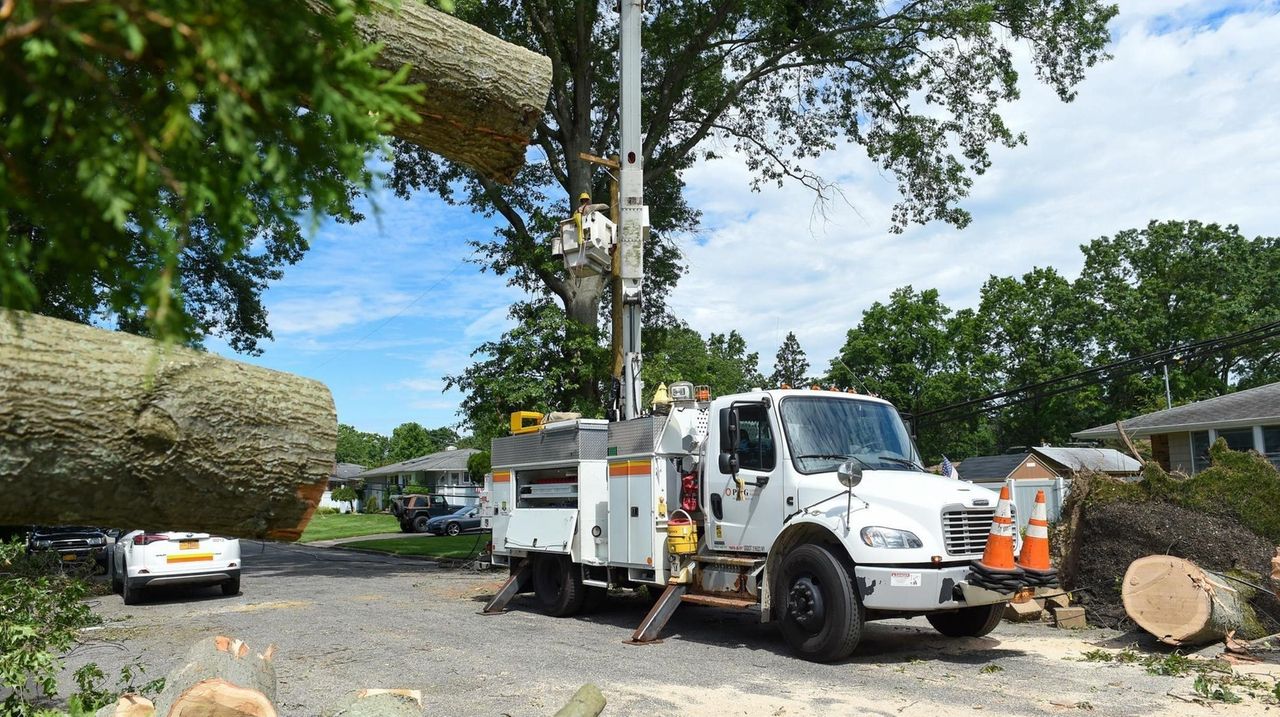 LIPA and its trustees said PSEG has a "long way to go" adding they remain “really far apart” on the “core issues” of management and accountability, as the clock ticks down on LIPA’s decision on whether it will manage the system itself. Chelsea Irizarry reports.  Credit: Newsday / Chelsea Irizarry; Howard Schnapp; www.lipower.org; File footage

LIPA and its trustees clashed Wednesday with a top PSEG Long Island official in a rare public display of acrimony between the grid operator and its primary management contractor, as the clock ticks down on LIPA’s decision on whether it will manage the system itself.

LIPA has been working to renegotiate its contract with PSEG and has sent PSEG a list of more than 100 recommendations LIPA says must be fixed by the next storm season. Failing that, LIPA said it will terminate the contract and fully municipalize, with a decision expected by the end of March.

A fully public LIPA could save customers up to $815 million between 2022 and 2032, and pay for itself in under a year and a half, according to LIPA.

LIPA chief executive Tom Falcone said at the board meeting, "We have a long way to go, a long way to go" on contract renegotiations with PSEG, adding they remain "really far apart" on the "core issues" of management and accountability, though he said PSEG has shown "flexibility" on the smaller issues.

While neither side would discuss specifics, two people familiar with the talks said a major point of disagreement is PSEG's request for an increase in its management fee by 15% to 20%. A PSEG spokeswoman declined to comment on the "confidential" discussions.

PSEG Long Island chief operating officer Dan Eichhorn countered that PSEG believes the parties have "made a lot of progress and are much closer in agreement than disagreement."

"We are ready for the next storm," Eichhorn said, noting PSEG is working on project plans that cover 85 of the recommendations, some of which don’t involve the storm.

LIPA and PSEG have been tussling for months in the wake of what one PSEG official acknowledged as "big major failure" during Tropical Storm Isaias, which saw more than 645,000 outages and a failure of computer and telephone systems.

On Wednesday, Eichhorn reiterated previous statements that the telephone system has been fixed and can handle 150,000 calls an hour; it awaits only a comprehensive test with other storm systems next month, while the core outage management computer system that broke down during the storm is working with a short-term older version that will be fully replaced and upgraded in spring or summer.

But Falcone said PSEG "has a lot of wood to chop between now and the next storm season." And board members soon piled on.

"It’s almost seven months" since the storm, said trustee Sheldon Cohen, and "I would have thought we would have had all the project plans approved by now," and fixed the phone and computer system rather than reverting to prior versions. "You said you’ve made a lot of progress but we need things we can take to the bank, not just promises."

"I want to be very clear," Cohen said. "We’re dead serious. This is not posturing from our point of view."

Eichhorn countered PSEG, too, is "dead serious. Our reputation is on the line. We want that opportunity to fix that reputation" sullied by the storm failures. He said 50 project plans are unrelated to the storm, that many were relayed to PSEG in recent days. He also said PSEG continues to maintain and run the system, responding to seven storms since Isaias. "People are working tremendously long hours," he said.

Trustee Peter Gollon asked Eichhorn why a new contract with PSEG will be better than if LIPA ran the system itself.

Eichhorn said he and his team have been managing utilities "our entire careers. We’re operations people. There’s a lot going on in the business." He said 94% of past audits of PSEG’s performance were "successful" with only one deemed "unacceptable."

"We can always get better," Eichhorn said. "But to throw the company out for having six years and 50 weeks of great performance and two weeks of bad performance I think is a bad decision."

In another tense exchange, trustee Drew Biondo asked whether PSEG solicited positive comments from public officials and industry partners in letter-writing and public forums. Eichhorn said "nobody was forced" or experienced "any type of coercion" to publicly support PSEG as it seeks to maintain its contract with LIPA. "If we knew people were happy with our performance we made sure they knew" how to express it at public meetings, he said. PSEG both solicited comments from supporters and received some unsolicited comments, Eichhorn said.

Trustees Laureen Harris and Elkan Abramowitz took issue with a July 16 email that quoted a computer-system supervisor telling senior management that the outage computer system was "definitely not prepared for a weather event." "That is such a smoking gun," Harris said.

Eichorn said the messages Harris alluded to in LIPA’s investigative report "weren’t sent to the entire leadership team." He said, "There’s a world of difference if . . . we as a management team knew we were heading into a storm with a broken car and we knew we weren’t going to get to where we needed to go. We absolutely would have told LIPA. We would have been in panic mode."

When Eichhorn noted that the computer system had not experienced total failure before the Isaias, vice chairman Mark Fischl responded, "How can you say the system operated? If you’re not going to acknowledge the system failed what are we talking about. I got 15 separate ETRs," he said, referring to an outage at his home for which he received 15 separate and incorrect estimated restoration times.

Falcone pointed out that Eichhorn and another top PSEG executive were copied on the July 16 email and responded to it prior to the storm. "Perhaps Mr. Eichhorn misspoke when he said he wasn’t aware before the storm. He was copied and replied to the emails," Falcone said.

Abramowitz, a noted defense lawyer, said the email question was "very disturbing to me. It does reflect on the integrity of management if we’re being lied to." He suggested Eichhorn look into the matter and get back to the board in the future.