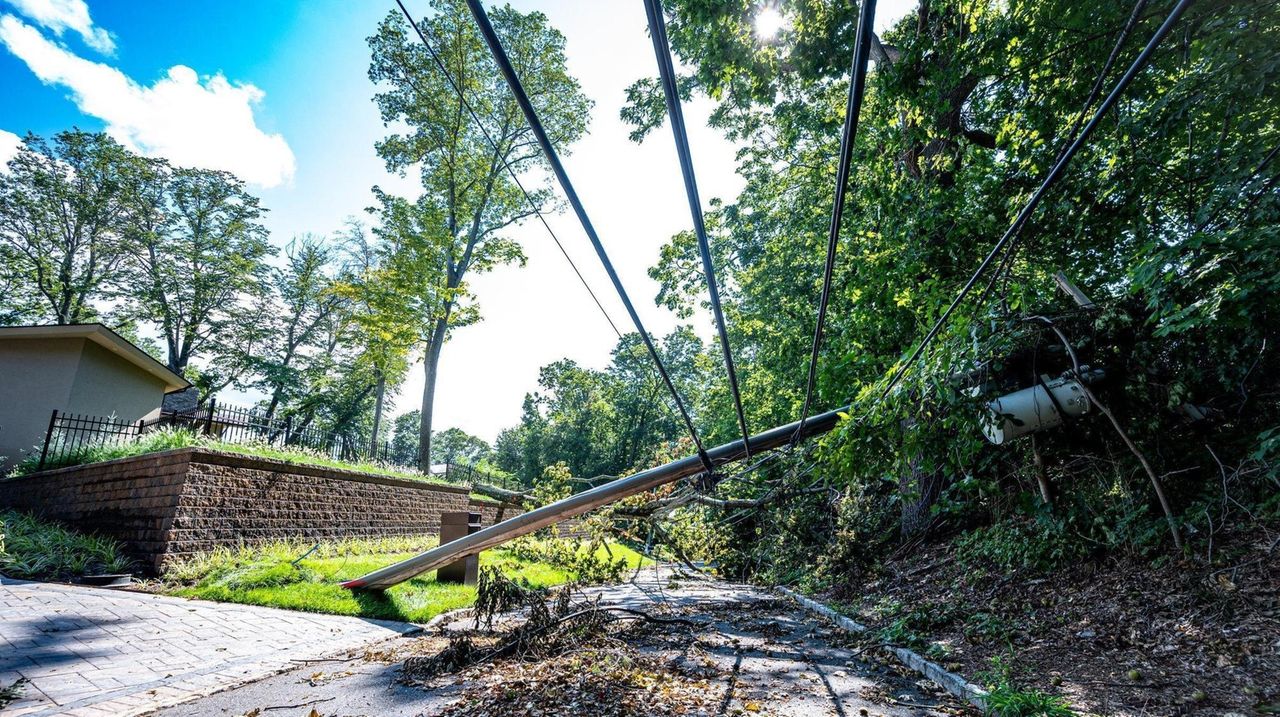 Long Islanders who sweated out summer power outages in the heat and darkness for days following Tropical Storm Isaias responded with outrage Tuesday over revelations in a LIPA task-force report that PSEG officials knew of crippling computer problems weeks before the storm.

More than 500,000 ratepayers experienced some 646,000 outages for more than a week after Isaias — some more than once — and complaints about incorrect restoration times and more than 1 million lost calls and texts riled Long Islanders for weeks after the storm.

The latest revelations, in a Newsday story Tuesday, only increased the rancor, rekindling memories of a difficult and frustrating week and reinforcing ratepayers’ conviction that the system was broken. LIPA chief Tom Falcone, in an interview about the report, cited "absentee management" at PSEG’s parent in New Jersey and a "lack of accountability to Long Island" as core reasons for the company’s failures during the storm. LIPA’s report found that many of the telecom and computer problems that led to those problems persist to this day.

"PSEG is simply not managing, which is what they are paid to do," said Peter Forman, deputy mayor and chief police commissioner of Sands Point Village, who was forced to create his own database of homes without power during the storm because PSEG kept losing the information. "PSEG simply does not have, and will never have, sufficient manpower to canvas outages after a major storm without working with local municipalities to augment that canvassing effort."

Lawrence Holzberg of Smithtown, who is on PSEG's medical priority list yet was without power for days after Isaias, said revelations about PSEG’s computer failures during the storm "unfortunately don’t surprise me."

"If I ran my business this way I would be out of business," said Holzberg, a financial planner with an office in Melville. "Frankly, it is time in my opinion for the contract to be revoked and have a real competitive bidding process and oversight."

PSEG was awarded the contract in 2013 after the previous operator, National Grid, was sharply criticized for its performance after superstorm Sandy, which knocked out power to nearly 1 million ratepayers.

LIPA chief Falcone said the report makes clear that LIPA must either reform its long-term contract with PSEG or terminate it and find either a new contractor or a myriad of contractors for various functions. He also said LIPA would consider converting to a municipal utility, which would cast off the investor-owned utility part of its current equation.

State Sen. James Gaughran (D-Northport) agreed that it’s time to look at municipalization, among other options. He’s been championing legislation to increase oversight of LIPA and said he was pleased the report called for LIPA to do a better job of policing PSEG.

"I think they really should look at municipalization as an alternative," said Gaughran, whose race for another term against contender Ed Smyth, a Republican Huntington Town Council member, has yet to be called.

Gaughran said the report’s findings and recommendations are "exactly what oversight is supposed to be. The problem is we should have had this level of oversight ahead of time, discovering these things [before] instead of after the fact. LIPA does also seem to be admitting there was failure, and I think that’s constructive."

PSEG spokeswoman Ashley Chauvin on Monday said while the company was reviewing the LIPA report, PSEG "recognizes that it did not perform well in many areas during and after" the storm. "We remain fully committed to understanding what went wrong, and continue to improve our organization and our systems to avoid similar failures in future storms."

Leslie Isenberg, whose mother Anne Brier Chambers of Bethpage lost power for more than five days after the storm, called the findings in the latest LIPA report "unacceptable."

"It angers me that they [PSEG] knew, and didn’t care to fix the issue prior to the storm," she said, "and we had to suffer the consequences."

Sari Friedman of Syosset went days without power and didn’t know where to turn for accurate information about her promised restoration. She called the report’s findings "alarming."

"The utmost attention and care must be given by the authorities that regulate them [LIPA] and PSEG to fix this issue," she said. "Long Islanders pay for service and are entitled to have a provider prepared to address outages."

Daniel Losquadro, superintendent of highways for Brookhaven Town, said the report confirms his finding that PSEG’s "technological and managerial failures absolutely led to a delay in response time" by highway and public works departments across Long Island.

Losquadro said he has "no confidence in their current system were we to get hit again. As hurricanes continue to churn in the tropics, Long Island is now staring down the barrel of nor’easter season. PSEG must act immediately to rectify the problems identified in this report."