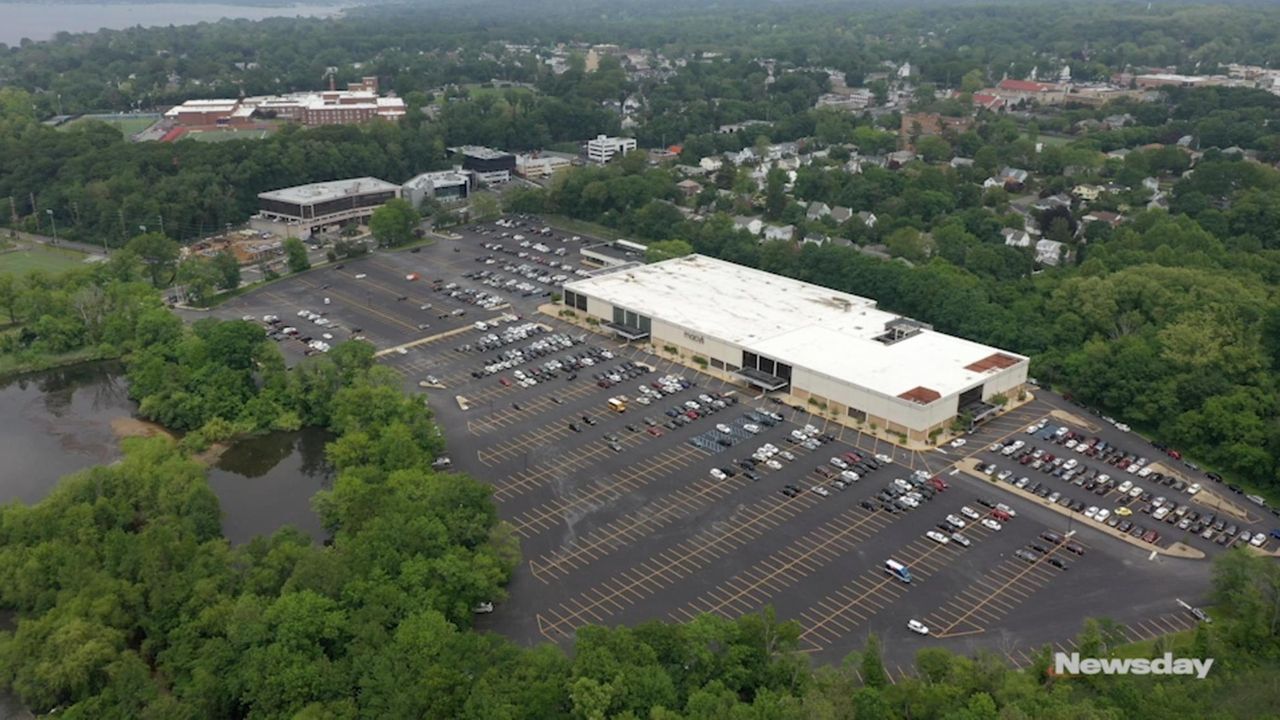 Brookfield Properties, a Manhattan-based developer, has revealed plans for a $400 million, mixed-use project that it wants to build on the parking lot of the Macy’s store in Manhasset.    Credit: Newsday / Yeong-Ung Yang

A new proposal would transform the parking lot of a Long Island Macy’s into a multiuse development.

Brookfield Properties, a Manhattan-based developer, has revealed plans for a project the company is calling Manhasset Square, a $400 million, mixed-use development that it wants to build on the department store’s Manhasset property at Northern Boulevard and Community Drive.

Plans for the development, which is proposed for the 16-acre lot that Brookfield is set to buy from Macy’s, include 355 luxury residential rental apartments. While floor plans for the apartments have not yet been finalized, a company spokesman said most units will be studios and one-bedroom apartments, with a few two-bedroom and three-bedroom units available.

In addition to the apartments, the proposed development would feature a 200-room, full-service boutique hotel, an office building, and additional retail and dining space, according to Brookfield.

There will be a total of 2,271 parking spaces, both above and below ground level, Brookfield said.

Macy’s will continue to own and operate its 332,055-square-foot Manhasset store and the property immediately surrounding the building.

“Brookfield Properties is looking forward to moving ahead with this transformative project that will provide numerous social and economic benefits, and enhanced tax revenues, once completed,” said Aanen Olsen, vice president of mixed-use development at Brookfield Properties.

“We’ve begun outreach to several stakeholders, including local community and elected leaders, and will be making a formal announcement shortly.”

Olsen said the company would soon provide more details outlining what it called benefits that the project would bring to Manhasset, the Town of North Hempstead and the region.

A development team consisting of staff from Brookfield Properties and Macy’s met recently with local community groups and civic leaders to discuss Manhasset Square, and is working to finalize plans and applications, a company spokesman said, adding that Brookfield looks forward to working with the Town of North Hempstead throughout the review process.

Carole Trottere, town spokeswoman, said the site’s current zoning allows retail, offices and hotels, but not residential units. She said the town has not received any applications from Brookfield.

Brookfield and Macy’s are seeking to have the public comment and approval process completed during 2020. If they receive approval for the plan, they estimate construction could begin in 2021, with completion expected by 2023.

Macy’s and Brookfield have partnered previously to pursue similar developments, which aim to repurpose underused parking lots at the retailer’s properties in other states, including one in Chicago.

Aside from that, in the New York metropolitan area one of Brookfield’s best-known projects is the luxury mall Brookfield Place, a 14-acre commercial complex near the World Trade Center.