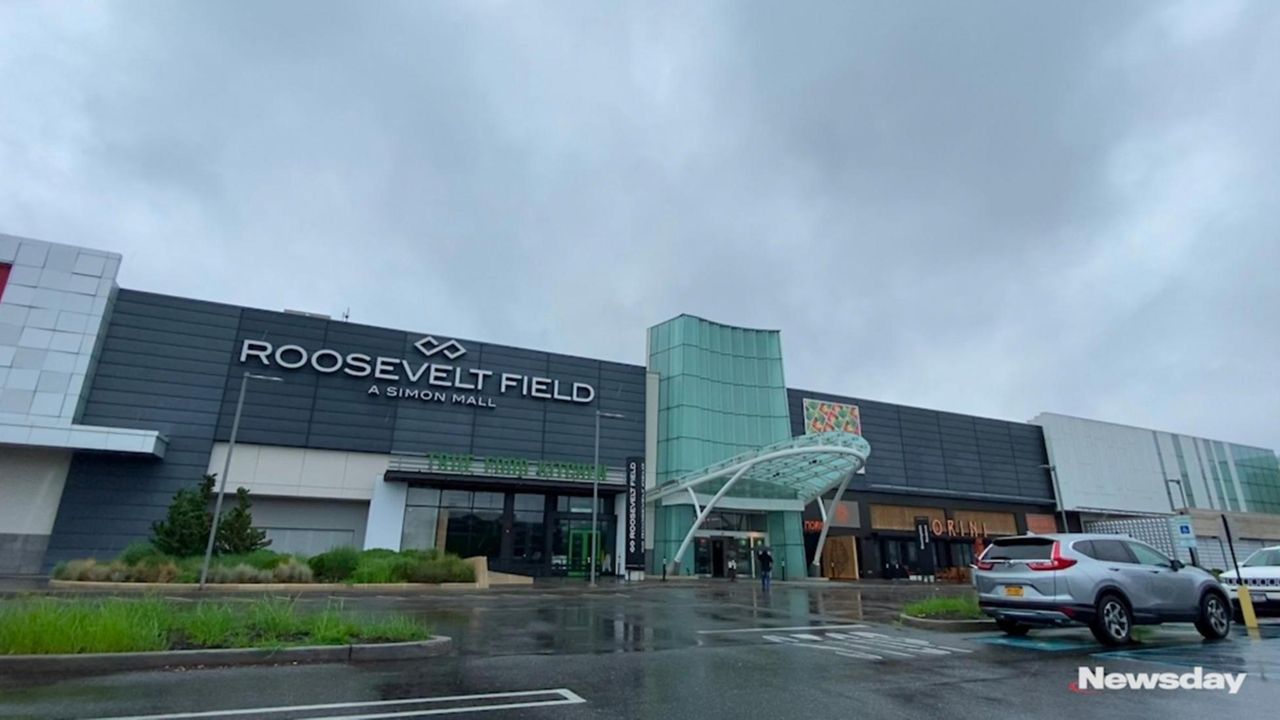 Roosevelt Field opened its doors for the first time in months with new safety protocols in place. Two other malls on Long Island opened today, and others will soon follow. Newsday's Cecilia Dowd has the latest. Credit: Howard Schnapp

All of Long Island's major malls will have reopened by Wednesday, after being closed for more than three months because of the COVID-19 pandemic.

Smith Haven Mall in Lake Grove and Walt Whitman Shops in Huntington Station will reopen Friday, along with Roosevelt Field in Garden City. Green Acres Mall in Valley Stream and Broadway Commons in Hicksville will reopen Saturday, and Westfield South Shore in Bay Shore and Westfield Sunrise in Massapequa will reopen Wednesday, according to their websites or statements.

The reopenings follow Gov. Andrew M. Cuomo’s announcement Wednesday that malls outside of New York City can open Friday if they have high-efficiency air filtration systems to help control the spread of the virus.

“People are ready to safely get back to the places and activities they’ve been missing and we are excited to be a big part of this,” Joe Floccari, senior property manager of Green Acres Mall, said in a statement Thursday.

Westfield South Shore mall in Bay Shore and Westfield Sunrise Mall in Massapequa require some upgrades to their ventilation systems before they can reopen, a representative for the malls’ owner, Paris-based Unibail-Rodamco-Westfield, said Wednesday.

Indianapolis-based Simon Property Group Inc., owner of Roosevelt Field, Walt Whitman Shops and Smith Haven Mall and the largest mall operator in the country, did not respond to requests for comment about its reopening plans.

On Wednesday, Cuomo said enclosed malls in Phase 4 regions can reopen if they have air filtration systems with a Minimum Efficiency Reporting Value, or MERV, rating of 13 or the highest rating compatible with the system, but not less than a MERV 11 rating.

Other changes at Broadway Commons include self-cleaning surface decals attached to elevator buttons, escalator railings and other high-touch areas; reduced and reconfigured seating in common areas; and more seating outside, she said.

The 900,000-square-foot mall has about 100 tenants, including Ikea and Target, but most of the businesses are small retailers, Oweazim said.

“Our tenants, predominantly the small business owners, they needed this to happen,” she said of the reopening.

The retail shutdown has been hard for Shawn Elyasi, who co-owns with his wife an 11-year-old business, Ailin Jewelry, a kiosk in Broadway Commons.

While income stopped coming in for months, his family worried about paying its mortgage and other expenses, he said.

“I lost a lot of money these days. … I have been so confused with what’s going on,” he said.

In addition to the ventilation requirement, malls must limit employee and customer numbers to no more than 50% of maximum occupancy, maintain 6 feet of separation among people not in the same party, and require face masks for anyone on the premises, according to guidance issued Wednesday by the New York State Department of Health.