The future of LI's malls: Which ones will survive?

Long Island's malls are at a turning point.

Forced to adapt to a transformed retail landscape, some will survive and others won't.

Some were struggling even before the COVID-19 pandemic hit. But the pandemic, which led to months of government-mandated mall closings that started in March 2020, worsened the picture.

The loss of anchor stores — including JCPenney, Sears, Kohl’s, Macy’s and Lord & Taylor — as customers shifted their spending online over the past several years left large vacancies that have proved difficult to fill for some malls.

While two of the Island's eight major malls have vacancy rates of around 35%, others are doing far better. Roosevelt Field in Garden City, the region's largest mall, had a vacancy rate of 5% on Dec. 31, its parent company reported.

Shoppers inside Roosevelt Field, on its opening day in 1956, and more recently in late 2019. Photos by Newsday/Ike Eichorn and Danielle Silverman

U.S. malls' average vacancy rate hit a record high of 7.6% in the second quarter of this year, and the rate remained the same for the third quarter, according to real estate information firm Costar. The number was more than twice the rate between 2015 and 2017.

Of the five Long Island malls that could be analyzed for foot traffic, four — Broadway Commons, Green Acres Mall, Samanea New York and Walt Whitman Shops — had declines between the third quarters of 2019 and 2021, according to Placer.ai, a Los Altos, California-based firm that analyzes location data from mobile devices.

The declines ranged from 4.5% at Green Acres Mall up to 11.5% at Broadway Commons.

Westfield South Shore had an 8.5% increase in foot traffic.

On the whole, Long Island's malls are doing better than the national average, said Brandon Svec, Costar's national director of retail analytics. The reasons include the area's high population density and high incomes, he said. "They’re getting enough sales per square foot to support keeping those malls occupied."

Malls that are diversifying their tenant lineups have tended to do better, said Robb Paltz, associate managing director with Moody’s Investors Service in Manhattan. "It makes sense to really keep up with what the patrons want," he said.

That includes replacing departed department stores with off-price retailers, such as Marshalls and HomeGoods; entertainment components, such as Round 1 bowling and Dave & Buster's; medical offices; and high-volume lifestyle tenants, like Lululemon and The Cheesecake Factory, he said.

The value of malls lies in the "synergistic impact" of having multiple tenants in one place, Paltz said. "When that breaks, it creates this death spiral."

Based on the 21st century consumer trend of shoppers shifting more of their spending from brick-and-mortar stores to online, Long Island — and the U.S. overall — has too many malls, said Richard Murdocco, an adjunct professor at Stony Brook University focused on urban planning and land use.

That has led planners and developers to propose new uses for malls in decline. Mall redevelopments across the country have taken the form of new open-air retail centers, apartments or offices, or a combination of all three.

Examples include The Arcade Providence in Rhode Island, where a redevelopment added 48 micro-loft apartments on the upper two floors, while the first floor has small-business retail.

In Dallas, a developer is transforming the struggling Red Bird Mall into a $200 million mixed-use project with apartments, hotels, offices and retail.

Suffolk County doesn’t have the wastewater infrastructure to support some of those proposals, such as high-density apartments, Murdocco said.

The majority of Nassau County has sewers, so redevelopment of larger retail sites could be supported from a wastewater perspective, he said. "The issue in Nassau is antiquated roadways that have trouble sustaining current traffic demands, let alone those brought about by more intense growth."

On the policy side, local government has to work with mall owners to figure out ways to move forward in both economically and environmentally sustainable ways, Murdocco said.

Major redevelopment plans are already in the works for at least one Nassau County mall.

The new owner of Sunrise Mall in Massepequa plans to redevelop the property but has declined to disclose its specific plans.

All but one of the owners of the local malls declined to disclose their most recent vacancy rates, but some of the companies' annual reports provided some insights.

Here is a snapshot of the state of Long Island's eight major malls. 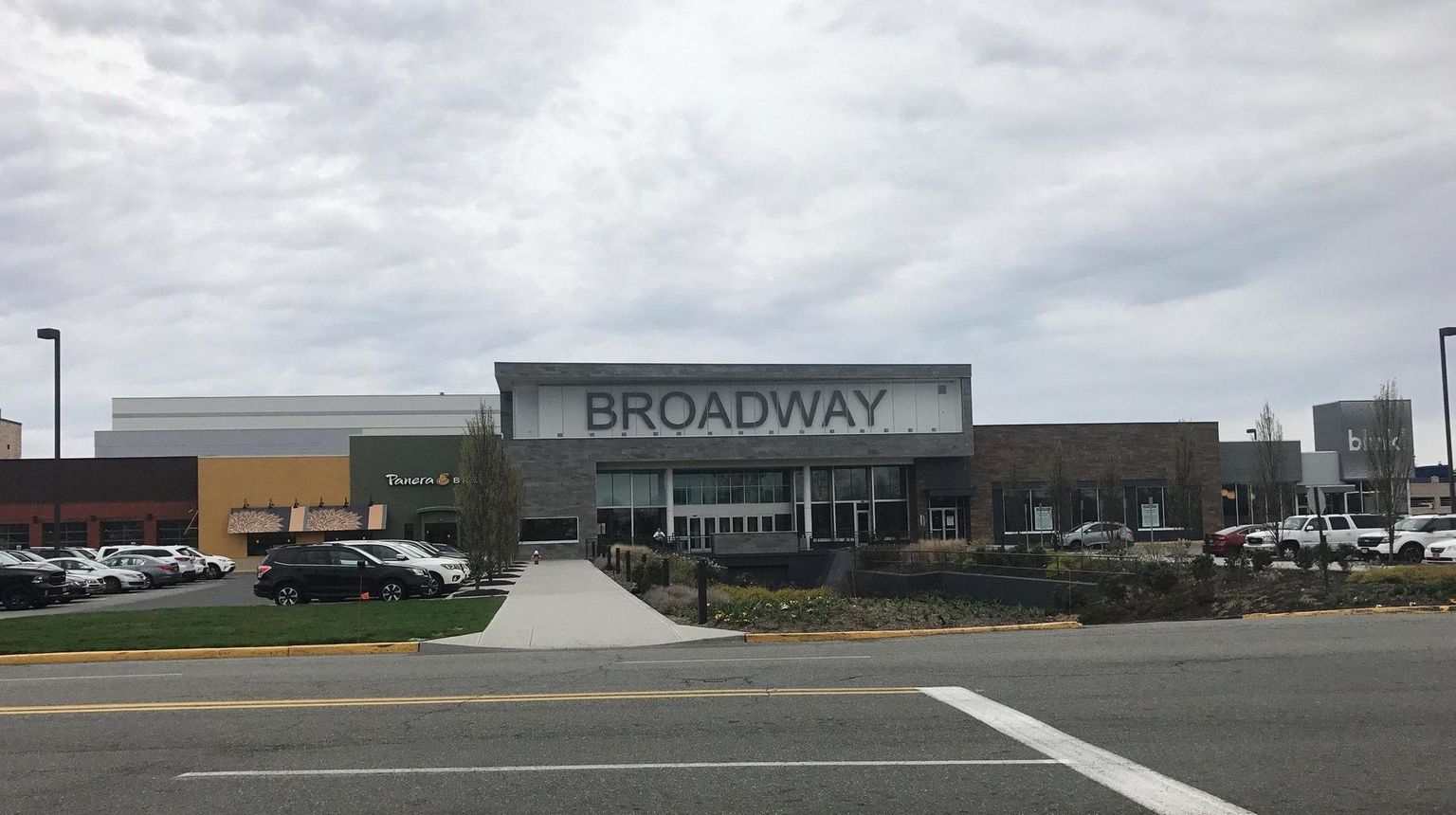 Started as an open-air shopping center called Mid-Island Shopping Plaza in the 1950s, Broadway Commons has a unique offering, since it has the only Ikea on Long Island.

On weekends, shoppers regularly flock to the mammoth, 235,000-square-foot store. Other anchors are Target, Round 1 bowling and a movie theater.

A 3,098-square-foot jewelry and accessories store, Periwinkle Boutique, was holding a liquidation sale earlier this month. But a small candle shop, Halarosis, will be opening soon, according to a sign.

The changes that Broadway Commons has seen in the past year are similar to those that malls nationwide have seen, said Josh McCord, general manager.

"The stores that have committed to pivoting during this challenging time continue to show a significant improvement in their traffic and sales, with some retailers surpassing their 2019 sales number," he said.

On a recent Sunday, walls of art installations covered the entrances of spaces that used to hold several stores.

McCord said vacancies have created opportunities "to provide spaces to more local concepts ... such as the newly opened Selfie Clubhouse, an immersive entertainment concept for families to take photos in front of 30 creatively designed backdrops."

He declined to provide the mall’s current vacancy rate.

Located near the Queens border, the mall has a history of pulling shoppers from New York City and the suburbs of Long Island.

But Green Acres has encountered its fair share of big losses over the years.

The mall’s representatives did not respond to Newsday’s requests for comment left over multiple weeks.

Because of its loan financing structure, Green Acres Mall is the only one of the eight major malls on Long Island to be rated by Fitch Ratings Inc.

In June, the credit rating agency lowered the ratings for two classes of bonds that were used in Macerich’s $507 million purchase of Green Acres Mall in 2013. Five other bond classes were put on negative ratings watch.

Green Acres' struggles are similar to those of other malls during the pandemic, said Melissa Che, a senior director at Fitch. Given its densely populated location, good performance before the pandemic and the commitment of its owner, "we’d expect performance should recover as we transition to normalcy," she said.

But Green Acres has been able to fill some of its large spaces with new tenants.

Besides Shoppers World, Macy’s is the only other anchor inside the mall. 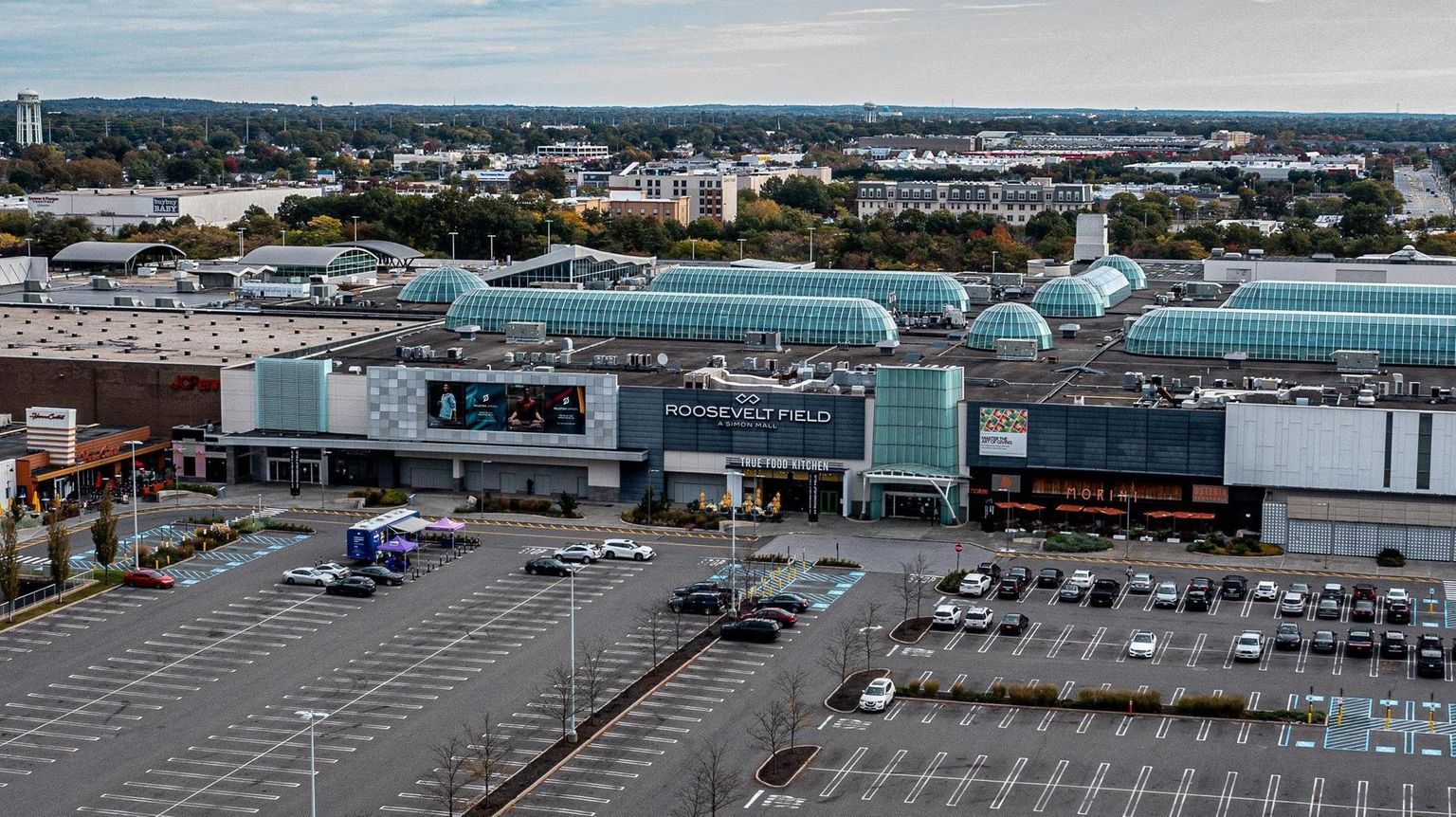 The largest mall on Long Island and second-largest in New York State, Roosevelt Field continues to be a strong destination retail center for Long Island.

Part of its strength could lie in the fact that the high-end mall has a tenant mix that is unlike any other on Long Island.

The mall has more than 200 stores, according to its website.

Owner Simon Property Group recently announced that about a dozen new stores are open or will be opening, including a 3,000-square-foot Hermès boutique coming by March, and Donna Karan New York, the clothing brand’s first boutique, which opened in September.

"We have solidified ourselves as the premiere shopping and dining destination and have recently rebranded our restaurants on the west side of the property as The Restaurant Collection at Roosevelt Field, offering unique chef-driven restaurants (Small Batch by Tom Colicchio, Osteria Morini) along with upscale chain eateries (The Capital Grille, Seasons 52)," Simon said.

Simon declined to disclose the mall’s current vacancy rate but said, "Overall mall traffic has remained consistent with month over month increases, especially during back-to-school with families preparing for the 2021 school season."

Roosevelt Fields’s vacancy rate was 5% on Dec. 31, according to Simon's last annual report.

Necessity is the mother of invention. Or is it reinvention?

The retail center formerly known as The Mall at the Source was the worst-performing of all eight major malls on Long Island for years, when most of the Westbury property was vacant.

But a $28 million renovation completed in March and a shifted focus to become a "lifestyle destination" have helped turn things around for the once-struggling mall.

The property’s downfall began when one of its main anchors, a 250,000-square-foot, free-standing Fortunoff department store, closed in 2009 after the retailer’s bankruptcy.

Then after another anchor, Circuit City, left a 40,000-square-foot slot in the mall vacant, other tenants relocated nearby to The Gallery at Westbury Plaza.

Lenders took ownership of the mall in 2012 after a foreclosure auction found no buyers willing to pay $148 million to pay off its debts.

Lesso has signed tenants that specialize in home furnishings, experiential offerings, and food and beverages – businesses that are less susceptible to online competition.

Planning to open by the end of the year are Asian American grocer 99 Ranch, in space vacated by Circuit City more than a decade ago, as well as kitchen retailer MyPlanet Living Center and Arteco Cabinetry.

About 35% of the mall remains unleased. Coluccio said Samanea is negotiating with prospective tenants to fill another 22%.

"With those combinations, they take large chunks of the property ... instead of having one large anchor, we have multiple anchors to provide some more stability for the ship," said Matthew Kucker, managing director in Colliers International’s Jericho office, which is overseeing leasing for the mall.

The remaining anchors include Macy’s and Dick’s Sporting Goods.

The mall has the only L.L. Bean store on Long Island.

The former Sears building is slated to become medical offices under its new owner, Bethpage-based real estate firm Steel Equities, which bought the Sears and Sears Auto Center properties in June. Stony Brook Medicine said it plans a multi-specialty care facility, with the first phase to open by late spring. 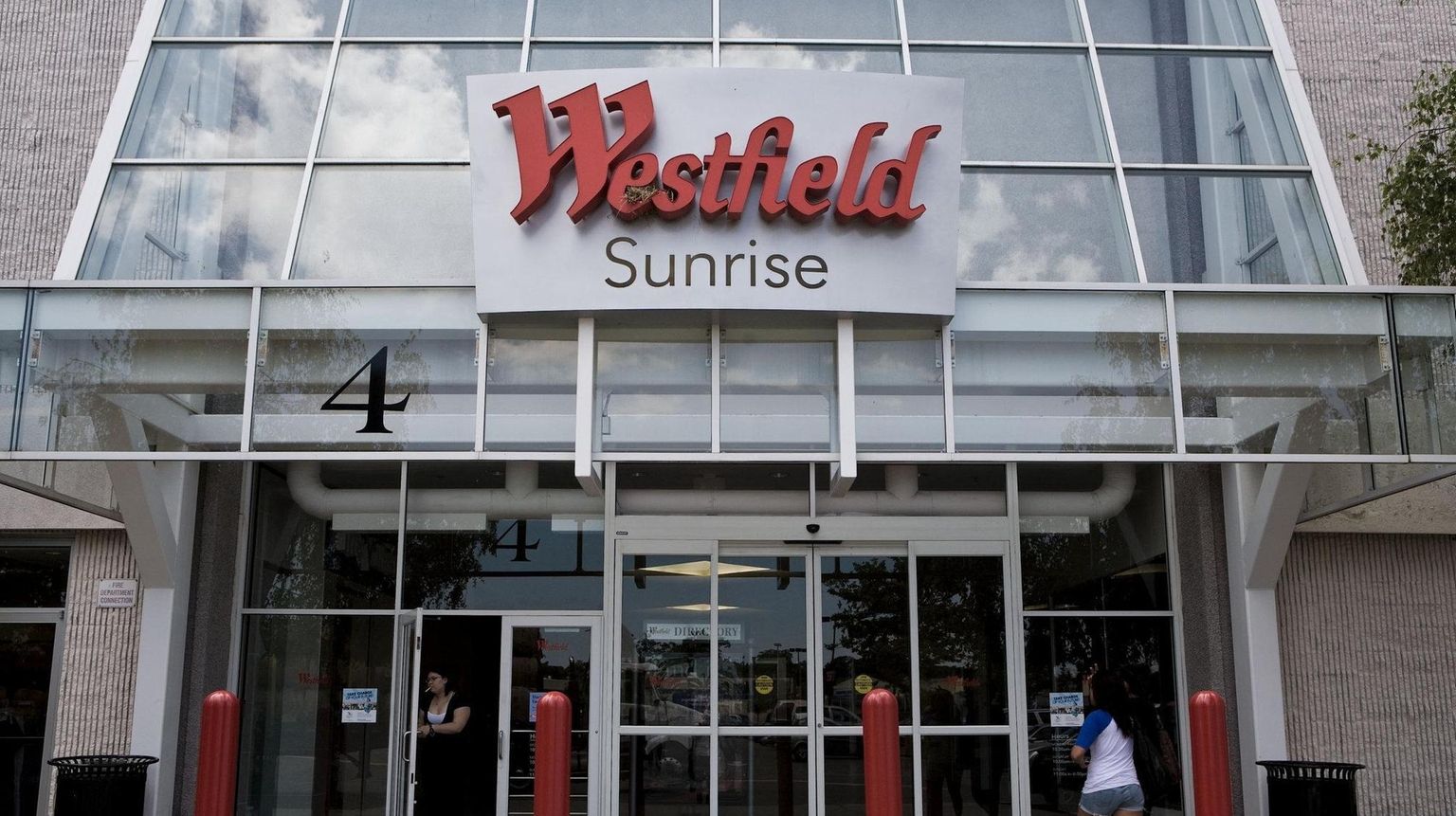 That was reflected in the mall’s sale price last year.

In December, Sunrise Mall Holdings LLC, a joint venture led by Manhattan-based real estate investment trust Urban Edge Properties, bought the mall for $29.7 million, a steep decline from the $143 million the property sold for in 2005.

"They’re basically buying the land, minus the cost to get rid of the building. It’s a land deal. A price like that is basically saying that the existing structure is worthless," Kenneth R. Schuckman, president of Rockville Centre-based firm Schuckman Realty, told Newsday in January.

Urban Edge Properties plans to redevelop the mall but has declined to comment on its specific plans.

Hits to the mall have been coming for years.

Urban Edge paid Sears’ parent company to end that lease, saying in a securities filing that controlling the anchor space was "a critical aspect of the value creation plans" the company has for the property.

The mall’s vacancy rate was 34% as of June 30, according to Urban Edge’s second-quarter earnings report.

Sears closed in 2015; the next year, Dick’s Sporting Goods opened in 111,000 square feet of the former Sears space.

Other anchors are Macy’s and JCPenney.

While shoppers may be visiting less frequently these days, those who are coming are staying longer and spending more money, spokeswoman Vanessa Mitton said.

"We have actually rebounded pretty well from everything that’s happened," she said.

People who had been isolated during the pandemic want to come to the mall to see products in person, feel it and try it on, she said.

Some of the mall’s vacant space has been put to community use, such as an art gallery and art classes hosted by the Islip Arts Council. The nonprofit New York Blood Center operates a donation center, paying a nominal fee to cover the cost of utilities, Mitton said.

Mall nostalgia, from Roosevelt Field to Smith HavenTake a photo tour of Long Island's malls, from the 1950s to today.