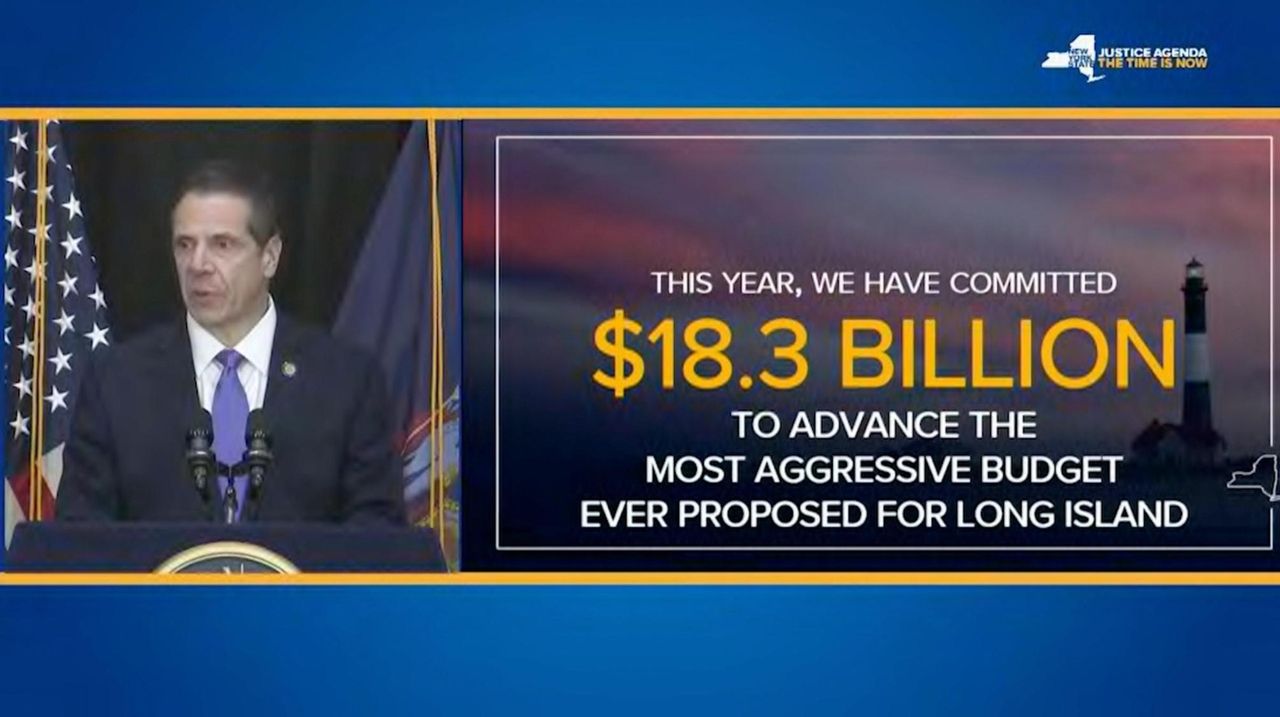 Gov. Andrew M. Cuomo wants to spend an additional $40 million for pedestrian bridges and a medical research center at the Nassau Hub, giving momentum to the latest redevelopment plan for the parking lots that surround the Coliseum.

Cuomo on Friday said the new Hub investment would bring to $131 million the amount the state has committed to the property. Developers have proposed constructing apartments, stores, entertainment venues and research laboratories on 72 acres where vehicles now are parked for concerts and sporting events.

“The Nassau Hub is exactly the state of the art [project] that we are talking about” in terms of developments that combine work, home and entertainment, Cuomo told about 500 people gathered in Woodbury by the Long Island Association business group.

Cuomo said the new money for the Hub would be split in half: $20 million for three pedestrian bridges connecting the property to Hofstra University, Nassau Community College and the RXR Plaza office complex, and $20 million for the proposed Northwell Health Innovation Center.

Cuomo included the funds in his proposed 2019-20 state budget, which is subject to negotiation with the State Legislature.

The funds are part of $500 million secured by Long Island’s nine Republican state senators in the 2015-16 state budget for “transformative projects.” The senators argued at the time that Nassau and Suffolk counties didn’t receive enough of a $5.4 billion state surplus from national banking settlements.

LIA president Kevin Law, who lobbied for money for the Hub, said Friday, “there have been many dreams, plans and visions for the Hub but this plan offers the best chance of success.”

She said, “This investment is proof that we have a viable, doable plan that will move forward. Never before have we come this far down the road of getting this done.”