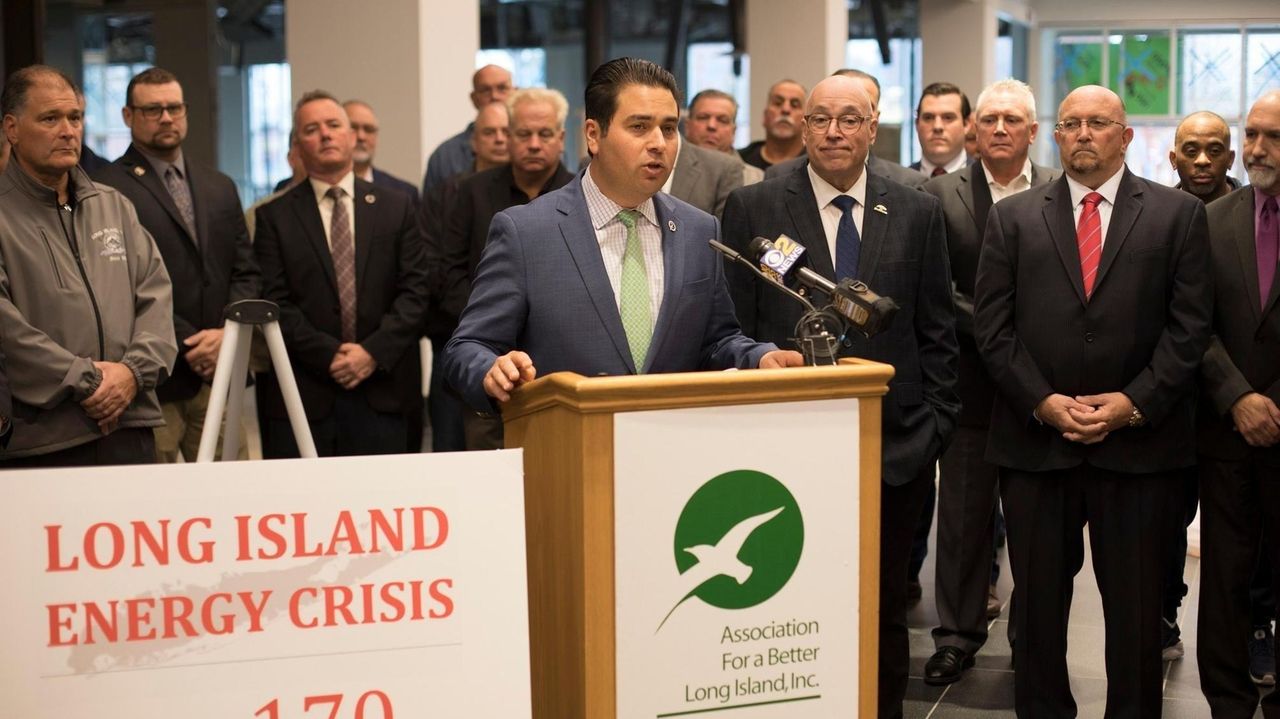 National Grid’s moratorium on new natural gas hookups has stalled hundreds of millions of dollars’ worth of local development and pushed some businesses to build projects off Long Island, executives said.

"Each day that we remain in this energy crisis, Long Island is in jeopardy of losing more investment and more jobs," said Kyle Strober, executive director of the developers' group Association for a Better Long Island.

The reopening of the former Source Mall in Westbury has been postponed until mid-2020, said owner Samanea New York, because the moratorium means stoves and ovens can't be installed in the food court.

Engel Burman, developer of The Bristal Assisted Living chain and other housing, has decided to invest in South Florida after being unable to secure gas service for 1,000 units proposed for Nassau and Suffolk counties.

Elmont landlord Julie Marchesella said she can't lease a long-vacant storefront because the moratorium denies access to gas service that a new tenant will require.

These businesses and others are stymied by the moratorium, imposed in May by National Grid after New York State regulators blocked construction of a pipeline extension under New York Harbor on environmental grounds, citing potential damage to water quality and marine life. The utility said the $1 billion pipeline project is necessary to meet growing demand for gas.

Responding to complaints from homeowners and businesses, Gov. Andrew M. Cuomo, a pipeline opponent, has given National Grid until Monday to lift the moratorium and identify alternative ways of supplying natural gas to Long Island, Brooklyn and Queens. He said the state will revoke the British company's operating license if it fails to comply.

National Grid spokeswoman Karen Young said of Cuomo's ultimatum, "We continue to work with all parties on these critical natural gas supply issues on behalf of all of our customers in downstate New York."

Standing in the new food court at the former Source Mall that was supposed to open in a few weeks, mall marketing director David Ackerman expressed frustration. “We have all of this posturing but we’re no closer to a solution,” he said. “The moratorium needs to end now, not in a month, not in the new year.”

Owner Samanea, which is based in Singapore, hoped to launch its home design center and entertainment venue by first unveiling the food court, called Restaurant Row. However, uncertainty over if, or when, the 512,528-square-foot building on Old Country Road will have natural gas service has stopped the installation of cooking equipment.

“If you don’t know how you’re going to cook food, you don’t move forward because you don’t know what to build,” Ackerman said. “We are being held hostage by a bureaucratic-inflicted crisis.”

Samanea bought the mall  for $92 million in 2017 and plans to spend $20 million to $30 million on renovations. But “without access to natural gas, we will not be able to create the jobs, sustain careers or attract new investment,” Ackerman said.

National Grid spokesman Domenick Graziani said the moratorium on new and expanded gas service was “a difficult choice” made on May 15 when the state Department of Environmental Conservation denied a permit request from Oklahoma-based pipeline builder Williams Companies Inc. New Jersey regulators also must approve the pipeline extension.

“To continue to process these applications [for new and expanded gas service] without certainty of this additional long-term supply would jeopardize safe and reliable service to our existing 1.8 million customers in downstate,” Graziani said. He added that requests from large commercial customers are being weighed if they agree to switch to alternate fuels on the coldest days.

The moratorium has led Engel Burman Group, one of Long Island’s largest real estate developers, to expand in South Florida instead of the metropolitan area.

The Jericho company, best known for its Bristal Assisted Living chain, is buying properties in Boca Raton, South Miami and Aventura, Florida, where it plans to invest a combined $300 million.

“It’s always been difficult to get things done in this region, but the final straw is this natural gas situation,” Engel Burman president Jan Burman said last month.

The company cannot secure gas service for 1,000 proposed housing units in about 10 projects across Long Island, from Long Beach to Smithtown. Executives said using electricity for heating, cooling and appliances would increase construction costs by 20%, while the properties don't have room for oil tanks.

“How do we design these communities if we don’t know what energy will be available?” said Steven Krieger, a company principal. “We have about $700 million in projects that are affected by the moratorium. We cannot wait much longer for a solution to this energy crisis.”

The moratorium has dampened Julie Marchesella’s hopes of finding a tenant for a long-vacant storefront in her small commercial building in Elmont. She said the space has been empty for 10 years, but the nearby Belmont Park redevelopment project has revived interest among prospective tenants.

“The store space needs renovation, a new heating system and bathroom,” said Marchesella. “That means bringing more gas to the building and opening a new account [for the tenant]. You cannot do either until the moratorium is lifted,” she said.

The Hempstead Turnpike building, which consists of two apartments above two storefronts, won’t turn a profit until it's fully occupied, Marchesella said. “The moratorium is impacting those trying to make a living."

Opponents of the pipeline extension, called the Northeast Supply Enhancement project, want businesses of all sizes to pursue renewable energy sources, such as geothermal and electricity produced by the sun and wind.

“Businesses are in the clutches of the fossil fuel industry …They think they are limited to gas or oil,” said Kim Fraczek, director of the Sane Energy Project, a Manhattan-based activist group. “There are alternatives and we’ve been working with businesses who cannot get gas” due to the moratorium.

Fraczek said geothermal energy, which is generated and stored in the Earth’s crust, has been used to heat and cool large buildings such as St. Patrick’s Cathedral and Amneal Pharmaceuticals’ factory in South Yaphank.

She and others lauded Cuomo for his criticism of the National Grid moratorium, and for committing the state to net-zero carbon emissions by 2050 to help combat climate change.

Cuomo, in a Nov. 12 letter to National Grid executives, said the moratorium “is either a fabricated device or a lack of competence” on the utility’s part.

“There is no legitimate need for it in the first place. There are existing short-term options to contract for non-piped gas from other sources, which National Grid either deliberately, negligently or incompetently did not secure,” the governor wrote.

Institute president Peter G. Florey, a principal in the D&F Development Group in Levittown, said two of his company’s three affordable housing projects are on hold because of the moratorium. Work on the third will stop soon, he said.

Together, the projects consist of more than 200 housing units, including 75 apartments in Bay Shore for seniors identifying as lesbian, gay, bisexual or transgender, as well as seniors who are LGBT-friendly.

Florey said monthly rents on the units will be higher than the projected $900 to $1,600 if natural gas must be replaced by oil, propane or electricity.