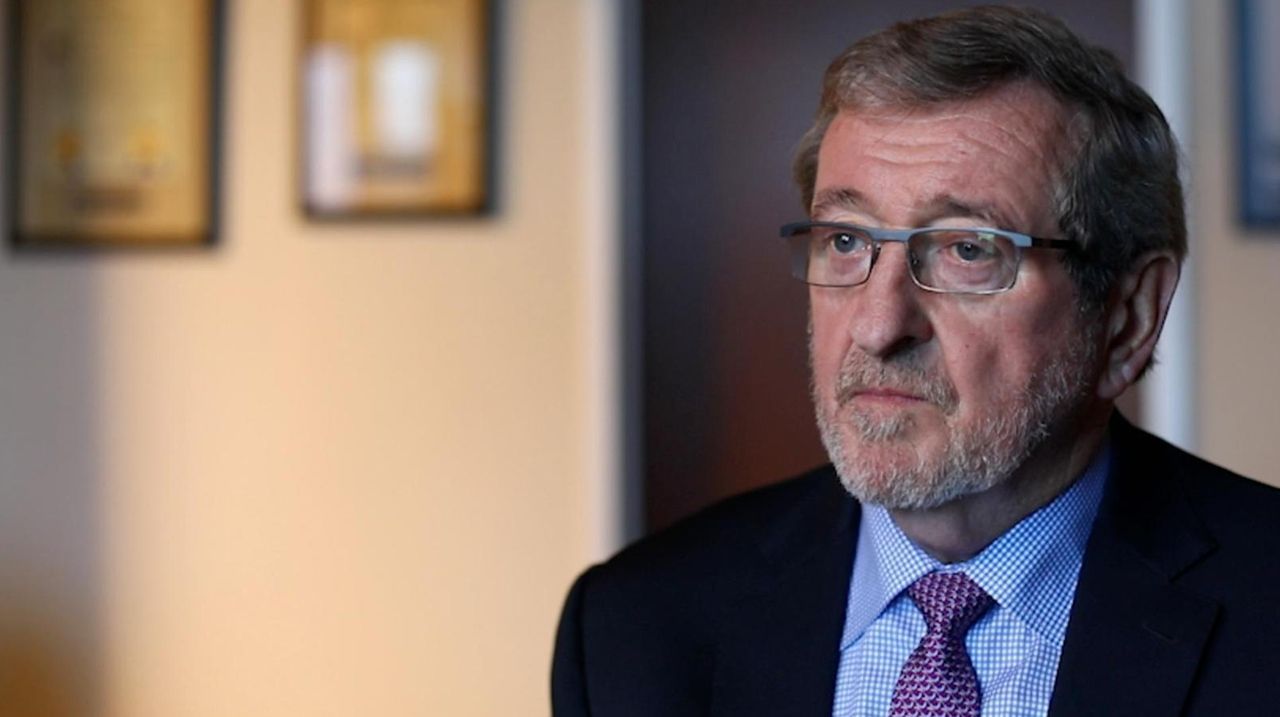 Michael J. Dowling, president and CEO of Northwell Health, is leveraging the power and prestige of his position to rally the health care industry in the region and across the country to join him in fighting for stronger gun control measures. Credit: Newsday / Chris Ware; Photo Credit: Getty Images/Cengiz Yar/Sandy Huffaker/Scott Olson/Mario Tama/Tom Brenner/Joe Raedle/Hagen Hopkins/George Frey

Northwell Health and its chief executive, Michael J. Dowling, are gathering survivors and health care professionals at a Manhattan forum Thursday to turn a spotlight on gun violence.

Dowling has been outspoken in using his role with the New Hyde Park-based health care system to cast gun violence as a public health issue and call for stricter gun-control measures.

Some critics, however, have chafed at the advocacy of Dowling and others in the $3.5 trillion health care industry, accusing them of grandstanding and veering out of their field of expertise.
Responding to critics, health care professionals have created online hashtags, #ThisIsOurLane and #gunsense, making the case that mass shootings in the United States -- which numbered 385 this year as of Dec. 1 -- fall within the domain of public health.

More than 160 attendees from around the country are scheduled to take part in the invitation-only Gun Violence Prevention Summit, which has its own hashtag, #preventgunviolence.

Marisol Martinez, a survivor of the shooting at Marjory Stoneman Douglas High School in Parkland, Florida, and Sandy and Lonnie Phillips, parents of a victim of the Aurora, Colorado, theater shooting in 2012 and founders of Survivors Empowered, a network of mass shooting survivors, victims and families, are scheduled to speak at the Thursday morning event at Kimpton Hotel Eventi.

The 1996 Dickey Amendment has effectively barred the Centers for Disease Control from conducting research on gun violence, and a Northwell spokesman said that one potential result of Thursday's event could be for health care organizations to join in pursuing research projects without government funding.